I couldn’t quite put my finger on it, but THIS!

Abundance necessarily means more, a whole lot more which, in market terms, is the antithesis of scarcity and therefore high “prices” (read: income). In democratic terms, abundance denotes greater participation - more voices being an inherent good and the structural goal of liberal societies.

You nailed it. The power structure, the inherently disingenuous nature of this argument, the threat it poses to true free speech… damn. That’s a damn fine comment. Extra heart for you

ETA: This is also the imbalanced power structure of thought and discourse that right-wing media has exploited for the past 20+ years. Because of the reality that the course of history bends toward progress and is, therefore inherently liberal, they gave a platform to the aggrieved, yet regressive voice that didn’t honestly have much of a highly visible platform before or anything worthwhile to discuss. Then the rhetorical devices you specify had to be deployed to obfuscate what was impossible to substantiate. Damn. You got my wheels turning.

I think this letter has a lot to do with the economics of living off the publishing industry. Some people produce a good novel every couple of years, and I’m sort of glad that the industry has found a way to pay for the writers who haven’t become independently wealthy to work on it full time.

Thank very much for your kind words.

I agree with you observations re: the right and specifically Fox News. One element of the right’s reletive success is that “it” has the funds to provide comfortable salaries to those writers/talking heads willing to parrot the party line. The funds these outlets have are not - in the majority - acquired via free market transactions. Fox, for example, produces several timeslot dominant programs, but overall the ad revenue it brings in is insufficient to cover the business’ costs. The majority of funds used by Fox come from donations made by wealthy ideological compatriots and financial engineering of Fox corporate assets. In short, the generally accepted notion that Fox survives because its programming is viewed favorably by “the market” is patently false.

Without the lavish donations made by wealthy ideologues and/or rich anti-democratic patrons, Fox News and wingnut welfare at-large would cease to exist. It is one of their greatest successes, convincing a skeptical market that “the market” endorses their mission. It is a subtle yet powerful wedge used to shift duscourse away from democratic principles to oligrarchic/authoritarian desires.

In short, the generally accepted notion that Fox survives because its programming is viewed favorably by “the market” is patently false.

Interesting. I’ll have to trust you on the funding model as I’m not well informed on the subject. It does occur to me that the same overlay can be applied to viewership, too; if it’s on TV people will watch it, not necessarily because it’s good (in fact, it’s probably not good at all). After two decades of pumping trash into their viewers, they’ve shifted the window of reasonable discourse drastically.

Opinions are one thing (and mine on Greenwald has plummeted during the Trump years), but you need to get your facts straight. He’s gay trash.

As for the deep-pocketed funding of right-wing “think tanks” & media, poke around the in search of wealthy donir behavior using the names Koch family/foundation, Mellon-Scaife, the Mercer family, the DeVos family and more. These and other families/foundations donate billions to rightwing media, orgsnizations and political action.

As for Fox and its position atop “the market”, consider that - in the aggregate - non-Fox news or informational programming us viewed by a substantially larger audience. Simple math says that one channel cannot and does not outperform dozens of chanbels offering distinctive if not programming contrary to Fox’s ideological mission. Fox is thought to draw 2.5 million news viewers. But, that number pales when you add up, MSNBC, CNN,ABC, CBS, NBC, PBS, abd local news programs. Head-to-head, Fox enjoys a plurality against the orhers, but overall it trails significantly.

As for the deep-pocketed funding of right-wing “think tanks” & media, poke around the in search of wealthy donir behavior using the names Koch family/foundation, Mellon-Scaife, the Mercer family, the DeVos family and more.

I guess I was aware that they were underwriters, but not necessarily that they weren’t solvent without them. It’s really amazing how readily Americans accept them when they are, in every sense of the word, mere propaganda.

The aim is to advance a specific ideological agenda and those who promote it. To that end, in the post-enlightenment world, they will readily, intentionally conflate “free” speech with "honest " speech willfully abusing the freedom to lie undercover of (dis)honest naivety.

These kinds of letters get signed all the time, including by big names, in the same way that people throw some bucks at an online fundraiser without really thinking about it. Many of these people operate in a version of a small town where everything depends on personal relationships, and if someone did you a favor, you don’t think hard about returning it.

High school or college might be an even better comparison, since a lot of the dynamics of the Harpers letter organizers sound like the weird games that school cliques like to play against each other and their attempts to shame people they think are lower status. I think the obsession that a lot of the organizers have over college kids today show they are stuck in a mindset from when they were 18. Which I have to admit sounds kind of catty myself.

But what real power does somebody like Greil Marcus, or for that matter Noam Chomsky, have?

Just because they are “only” academics doesn’t mean that they somehow don’t hold power; they are famous, they have money and a huge platform to at their disposal to effectively shape ideas.

“Cancel culture” as the Harper’s signatories think of it doesn’t exist.

Those people were complaining about actual negative consequences for bad behavior, because they felt their excess privilege is being threatened.

The people who are truly silenced are almost never the rich and powerful; it’s the poor, marginalized and disenfranchised masses who are NOT rich, White, straight, male, able-bodied and claiming to be Xtian that get silenced or frozen out.

Not a single person who signed this fucking thing has been “canceled”… none. JK Rowling is experiencing repercussions for using her very massive platform to actively hurt other human beings and her actions will likely have a much larger, negative consequences for people with no actual means of protecting themselves from attacks by the likes of her…

Being told you’re doing something hurtful to others isn’t cancel culture.

The people who are truly silenced are almost never the rich and powerful; it’s the marginalized and disenfranchised masses who are NOT rich, White, straight, male, able-bodied and claiming to be Xtian that get silenced or frozen out.

Like the woman who rightfully criticized American Dirt as being exploitative against actual Latino people getting fired from her job because of her vocal criticism - that’s what “cancelling” really looks like in reality.

All these people of privilege whining because their money power and influence doesn’t always protect them from all consequences and repercussions of their actions, 100% of the time can miss me.

These kinds of letters get signed all the time, including by big names, in the same way that people throw some bucks at an online fundraiser without really thinking about it.

Right? The less powerful and marginalized are much more likely to be silenced in our culture. That’s just a fact.

Even if people signed this in good faith, it still comes off as people with cultural capital in our world and massive platforms asking to not be criticized at all if they say hurtful shit. It’s like maybe you can use your platform to amplify the voices of individuals who don’t have a platform?

People take their entire lives to improve and cancel culture allows for no progress or improvement.

Did you actually read any of this thread? This has all been picked apart quite thoroughly already. Oh well, @Melizmatic and @Mindysan33 can summarize for you. 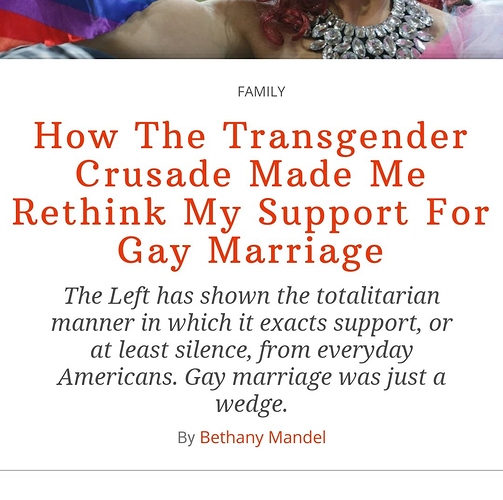 Natalie explains it better than I can.

Hmm. By “rethink” I think they mean “say the part out loud that I knew well enough was bigoted and hateful, but now that Harry Potter’s mom is out as a bigot I can go ahead and vocalize my ignorance”. Conservation of language, I guess?