She gets deep. I play it 2x speed.

Enough with these boilerplate takes.

Which of these are you asking for?

Because 1/2/3 are actually suppression of free expression and free speech, and these “cancel culture” arguments, to me, literally sound like “We have pushed for freedom of speech and expression forever, but now the average person is using that freedom, not the chosen few, and we are tired of it!”

I still haven’t heard one of these “cancel culture is a cancer” opinions include what the alternative is supposed to be, except to force others not to exercise their freedom of choice.

Please do elaborate on how you are not asking others to keep their opinions and revulsion at bigotry and misogyny to themselves for the “greater good”?

Contrapoints is also someone who is frequently problematic; she doesnt speak for the entire Trans community at large, nor even a small portion of it.

Well - I only know that I didn’t vote for her.

I don’t mean to speak for you or anyone who is LGBTQ+, only as a supportive advocate and ally.

I didn’t take it any other way. I was trying to humorously reinforce you.

Though if no one laughs- is it really humorous? I may need to workshop my act more.

Groovy; I just want to make sure we’re all on the same page.

Try Twitter, you can get heckled 24/7 and get to find out “dogpile” has nothing to do with cuddling puppies.

Seriously though, I much prefer people who stand with than speak for, whatever the issue. There’s no “membership badges” or hierarchy with marginalised people and anyone pretending otherwise can go fuck themselves.

Stand with me, and I stand with you.

If I wanted to spend time with people like that; I’d visit family.

Agreed, I just don’t see any evidence of a common ulterior motive for signing the letter among all the signatories.

I literally slapped my forehead when I read that. Whether you chose wealth, power, or platform, every name on this list has at least one, and most have all three. What they describe in the letter as “cancel culture” is, at worst, loss of some part of that privilege. Meanwhile, the people at the receiving end of their privileged platform face actual destruction. That imbalance cannot be waved away with a rhetorical wand. It’s disappointing that Chomsky, of all people, doesn’t get that, but we all have our blind spots.

Curious as to whom you think has been “victimized” by cancel culture.

Meanwhile, the people at the receiving end of their privileged platform face actual destruction.

What they describe in the letter as “cancel culture” is, at worst, loss of some part of that privilege. 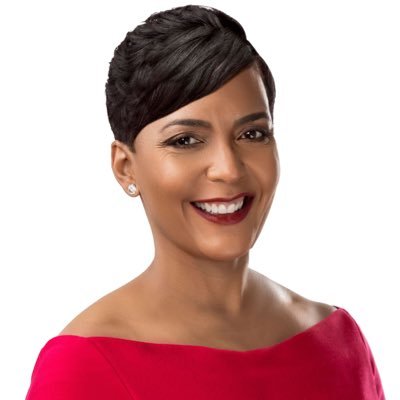 In addition to being sued over a mask mandate and voluntary advisory guidelines on COVID-19, @GovKemp has asked for an emergency injunction to “restrain” me from issuing press statements and speaking to the press. Far more have sacrificed too much more for me to be silent. https://t.co/gWlnZlCtoR 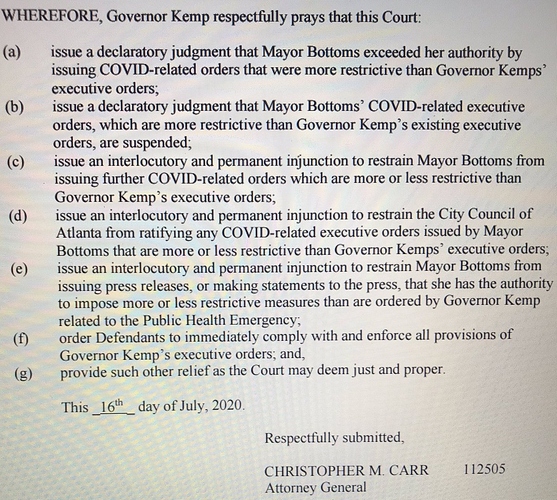 But… what about Kemp? Isn’t he being hurt by Mayor Bottoms checks notes taking the health and safety of her city seriously? /s

Reminder - who threatened legal action to silence critics? JK and other signatories of “The Letter”.

I’m sorry - that’s infringement on the intellectual property of the Box Tops. Stop it.

From Kemp’s point of view, that’s spot on. He’d rather silence the cities and have the rural parts of are state (which he assumes are all white dominated and conservative, but that’s only because of the constant suppression of the rural black working classes) dictate to us how to do things, because he sees it as the “proper” order of the world. He can fuck right off.

who threatened legal action to silence critics? JK and other signatories of “The Letter”.