Google has an app called Meet, and it decided to change the name of Duo to Meet. So now it has two products called Meet. Neat!

Originally published at: Google has an app called Meet, and it decided to change the name of Duo to Meet. So now it has two products called Meet. Neat! | Boing Boing 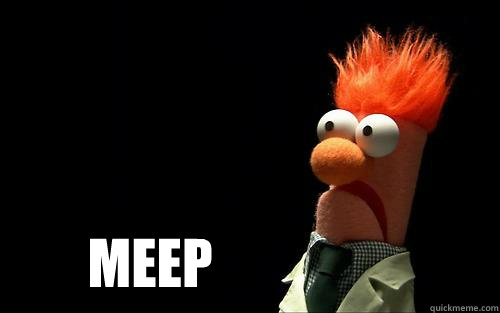 I guess it’s to promote another employee.

Create an over project called Focus, where the sun’s rays Meet?

Google’s 16 years of messenger wheel-spinning has allowed products from more focused companies to pass it by. Embarrassingly, nearly all of these products are much younger than Google’s messaging efforts. Consider competitors like WhatsApp (12 years old), Facebook Messenger (nine years old), iMessage (nine years old), and Slack (eight years old)—Google Talk even had video chat four years before Zoom was a thing.

As someone who was excited about Google Talk, eventually won over by Hangouts, and gradually descended into jilted bitterness, it’s a cathartic article.

At this point, further stories on the topic just feed my schadenfreude.

Thanks for sharing the article. I learned a lot. Like how my beloved Google+ actually caused the death of the more widespread beloved Google Reader, and I don’t know how to feel about that.

Hasn’t Google had multiple products named Talk? Their original instant messenger was gTalk. Much later there was a Google Talk phone app. Right?

I think what happened here is they combined into a single app you’ll never use. So yay?

Why would anyone rely on a Google app? https://images.app.goo.gl/53Lr2Uhu791jTSGF8

should migrate to the new app experience"

I fucking hate how IT has deployed Duo. I have to use Duo to sign into apps on the same damned phone Duo is on. It’s so ridiculous. I know several people who only have to use Duo approximately quarterly, not us! No, twice a day, minimum and about 8 times a day after quarterly IT updates.

But I’m still not using both of them, right now!

Luckily their fearless leader is on it. Since it’s just inconceivable that an attitude toward product roadmaps so dysfunctional that it’s a joke even outside the tech press might come from high places to pervade the company so thoroughly I’m sure the CEO telling people “We should think about how we can minimize distractions and really raise the bar on both product excellence and productivity.” will fix it right up.

"We should think about how we can minimize distractions and really raise the bar on both product excellence and productivity.”

so basically the ceo is asking employees to do the ceo’s job. no wonder they earn the big dollars…

Arguably one notch worse than that, since he’s effectively asking them to do his job; but without his authority to either adjust incentives to encourage more maintenance and improvement of existing products and less NIH/‘I only do greenfield dev’ emergence of redundant new ones; or, if it comes to it, just knock the heads of a couple of dueling teams together and tell them that we are adopting a coherent strategy now. The CEO has the ability to just call the shot, people lower down the food chain, not so much.

It’s also cute how he puts ‘minimize distractions’ and ‘raise the bar on both product excellence and productivity’ in the same sentence, as though the primary issue for Google’s product lineup is distracted engineers wasting time on reddit rather than actually working; rather than a culture of institutional distraction where more or less focused and productive people work on a stable of products that’s incoherent and gets changed all the time without obvious reason.

Is that Duo, the Google video chat app, or Duo, the two factor authentication app?

I guess the Meet confusion might be an attempt to reduce the Duo confusion.

Meet! Because all the good names were taken.

I was unaware there was another app called Duo. The proposed name change for the chat app is making more sense.