Groom trolled with his own cake

I think she just reminded him straight away of who is really in charge.

I guess you have to be a crazy sportsballer to get this.

Game day is like The Purge for sportsing fans. Anything goes because. 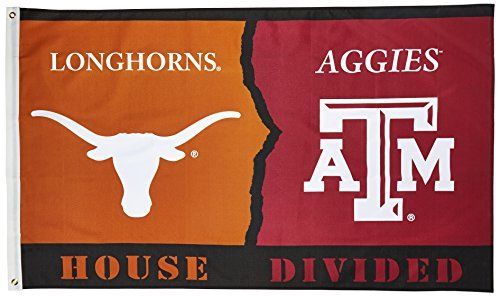 I guess a flag takes it to the next level?

It doesn’t state it in the story, but the entire thing may go beyond just “rooting for a opposing schools”. It may also be the bride attended LSU and the groom attended Alabama. Certain football/basketball schools take their allegiances very seriously.

This was actually quite a cute and fun ribbing between the newlyweds. Not any different than say if the groom and bride were Potter fans and supported different houses and had say the Gryffindor crest on the cake, but cut into and it was the Slytherin colors.

Making fun of them for their particular brand of geekdom because it is not the same as yours is not cool.

Allow me to elucidate the groom’s conundrum. As he slices and prepares to plate the matrimonial confection he realizes the amount of sport necessary to counteract the caloric excess which would result from cake consumption. He steps back to reconsider and holds his waist in consideration, Does formalizing my pact of love necessitate consequent love handles? The celebrants voice excitement over his chagrin in a display of “unbridled” hooliganism. (hm hm, ha ha, that was a pun)

The groom, unwilling to lose face by submitting to the hoi polloi and trusting that his enthusiasm for sportsballing will win out in the end, proceeds with cake-plating. His guests’ mockery turns into a celebration of his resolve, the love between bride and groom, and of course, sportsball.

I guess you have to be a crazy sportsballer to get this.

You just have to know one. That’s why I was laughing despite the my lack of interest in sportsball.

I’m guessing it’s the color of the cake but I’m trying to get that from context. If you hear a wooshing sound it might be this flying over my head.

correct. While the outer icing is the Alabama U crimson and white…LSU’s colors are purple and yellow. It did not get past you at all.

It still makes me feel like an Anthropologist trying to understand some strange alien culture and getting the context but not the feeling.

I’m definitely not a sports person, but i totally get the feeling. I’ve done my fair share of friendly back and forth ribbing with friends, family, etc and the video cracks me up. That’s some grade A certified trolling

This is one theory. While I admit it’s conceivable validity, my own vast expertise regarding disportment has led to a disparate interpretation.

It defies my understanding why some people identify so strongly with a particular university or city sports team.

I have close friends who are die-hard Nebraska fans despite never attending said school nor ever living in that state. Yet they painted their walls the school colors, drive around with logo bumper stickers and are generally obnoxious about their fandom.

are generally obnoxious about their fandom

And that goes in two directions too!!! They can be fanatical about what they love and incredibly demeaning and dismissive of things they don’t.

It defies my understanding why [there is tribalism in humans]

Me too, but it’s irreversibly etched on our monkey brains, and at least this time it was all in fun.

If there’s a more tired and predictable geek-culture cliche than “sportsball…”, I’m not sure what it is.

If I were Emperor (and god willing, some day I will be), I’d force sports nerds and scifi/fantasy nerds to sit down in the same room together and recognize that remembering the kicker’s name on a team from 25 years ago is pretty much the same thing as being able to name the guy with the computer in his head that worked for Lando, and getting upset about your favorite comic book going to shit is pretty much the same thing as suffering through a losing season.

Obsessive nerds are obsessive nerds, for good and ill, and all the groups should get over themselves and accept it.