Pacific Rim is, well, dreck (sorry about that)

You take that back. Pacific Rim was great cheesy fun. It was his love letter to Kaiju films and it was well done for what it was.

It’s better than well done for what it is, every cheesy detail is meticulously chosen to pay homage to the genre in a way that seems to fly over people’s heads. The amount of information delivered by visuals alone is incredibly well done.

I can’t take it back, sorry–but it’s just my opinion and you’re free to ignore it! But, in general, when you have to qualify your enjoyment for something as “for what it was,” then it was dreck.
However, I fully embrace and love lots of what others would consider dreck, including really cheap horror and sci-fi films from the 1930s all the way through the early 1960s. I don’t excuse them: they’re dreck and I enjoy them immensely. Give me “The Devil Bat” any day of the week! Giant rubber bats are dreck, and I love it.

I see this and all i can think of is being pushed to buy neat things i don’t want or need. Which in turn brings this to mind…

It is possible to think something is “neat” and resist the urge to buy it. You didn’t need John Carpenter to tell you that.

(: I do think its neat. I’m just reminded of that movie as well. Still Del Toro’s work is always great, if i had the means i’d totes collect some props or replicas based on his work and some other peoples. As it is i’ve spent way too much money buying Team Fortress 2 figures.

There’s no valid way to evaluate anything except to evaluate it in terms of what it is. People keep trying to do that, but it’s idiocy. You don’t evaluate a painting and a photograph the same way, or a symphony and a rap song.

It was a well done adaption of the kaiju/giant robot tokusatsu hero genre, with some western action-SF genre elements glued on top to help the western audience. Most critiques of the film can be boiled down to not knowing and/or simply disliking tokusatsu genre conventions. Much like the way people who went to see Crimson Peak expecting a horror movie were complaining that it was a bad horror movie… when it wasn’t a horror movie in the first place, it was a gothic.

And most people, including many who should know better, just flat-out missed how much del Toro actually had going on in the film… 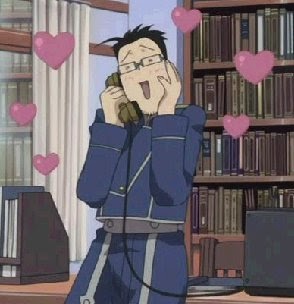 The Visual Intelligence of Pacific Rim

A blog of esoteric media criticism, laying siege to the Ivory Tower of academia from the gutters of pop culture

I can’t speak for the quality of the actual film, since I haven’t seen it - but I might have if I hadn’t seen the trailer, which did make it look like a piss-poor generic horror film.

I like Del Toro’s work, the Spanish language stuff more than the English - from what I’ve heard Crimson Peak is more of an attempt to make something like his Spanish language films for English speaking audiences. Mark Kermode liked it, so I’ll probably check it out on DVD or something.

And I’d watch Pacific Rim over Hellboy any day (and I liked Hellboy).

Hellboy 1 is good, Hellboy 2 is just… awful and boring, people seem to love it which is fine but i disagree and think it’s a mess. Only the costumes and set designs were great, but that does not make for a good movie.

Pacific Rim was quite good for what it was. I watched it having low expectations and was impressed over how much i dug it.

when did Boing Boing turn in to SkyMall?

Maybe ad revenue has been dropping?

It is a glorious movie!

As a total fan of any movie that has giant monster fights, this was a great one and after reading the link from @daemonworks I want to see it again as well.

Hm, my generation gets REAL purchasing power. Thinking on it I guess it’s really no different that any other.

They do Team Fortress 2 figures…? Why did you have to tell me that…?

Thanks for that link. It seems I am not alone in thinking that Cherno Alpha and its crew were the hounds cojones.