I know that diet well. I call it the “first law diet”. as in the 1st law of thermodynamics.

There are lots of folks who’ll say it’s not that simple, and of course they’re right.

But then again, you won’t see any obese peeps in POW photos.

The Go Fund Me is run by someone named Kay Cole. I can’t find any reference to it on the website. I’m not convinced that this person has anything to do with Brian Flemming and his weight loss. I would be very wary giving her money.

Feck this, where’s my skinny pill!?

I started at 250lbs (5’ 9", male) and for the past month or so I’ve been just counting calories and sticking to under 1800 calories / day. It took some getting used to but it’s pretty easy to adhere to now. I’ve only lost about 7 pounds so far but I’m still glad to be making progress. Justin_Forposti has it right. It’s just a matter of making sure energy in = energy out. My wife started at a similar point and is making even better progress with essentially the same technique (she actually exercises as part of her job, though).

I think the thing that some diets actually accomplish is focusing you on eating foods that aren’t very energy dense so that you feel full without consuming very many calories. It’s certainly viable to do that but if you have enough will power or practice, you can just adjust portion size and keep eating what you’re used to.

i’ve been on that diet for 5 years now. i’ve lost around 40 kilos. at all points i’ve made small incremental changes either in my food intake or my exercise output. each change has been small enough that i’ve barely noticed and i’ve stuck with it until the weight loss stopped for more than one month and then made another small incremental change. at no point along the way have i felt deprived or overworked. i’m currently at a plateau because my normal mode of exercise is hampered due to one of my knees being at severe bone on bone arthritis and i’m getting ready for a replacement surgery later this year after which i will be able to increase my exercise level again. i started at 185 kilos and my target is 120. it wouldn’t bother me if i got lower but 120 kilos represents the best shape i’ve been in as an adult so that would easily do.

That guy is awesome. Amazing transformation. But to me the obvious take home message is not eat less and exercise more, but change your diet. It looks like he was managing his calorie budget, but he almost completely changed what he ate as well and that’s a hugely confounding factor.

What about an alternative hypothesis? That not all foods are equally susceptible to being shuttled off to fat storage. You eat more of the right kinds of food and you have more energy available for exercise and less going into fat. To me, that’s as intuitively obvious an answer as ‘calories in = calories out’ or the First Law.

Watch Ride the snake by mario0318 on Dailymotion here

I started at 305 and am now 230…on the same idea as this guy. BUT…I first had to get over some very serious mental hangups about my own self-worth and learn habits that I was never taught in school or at home.

I’m so glad Xeni decided to point out to fat people that they should eat less and exercise more. No one has ever suggested that before! Such wow. Many innovative. So helping.

The Calories In/Calories Out Myth

The idea that the body works on a simple calories in/calories out (ci/co) model is one of the most pervasive myths that I hear. This particular myth is extremely damning to us fats since the idea i… 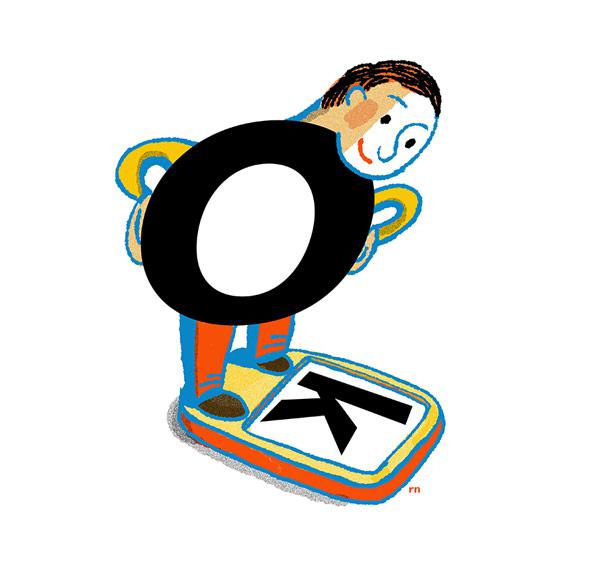 Planning to Go on a Diet? One Word of Advice: Don’t.

If you’re one of the 45 million Americans who plan to go on a diet this year, I’ve got one word of advice for you: Don’t.

“While most obesity docs insist that restrained eating—counting calories or points or exchanges—is necessary for good health, not everyone agrees. About 10 years ago, Ellyn Satter, a dietitian and therapist in Madison, Wisconsin, developed a concept she calls eating competence, which encourages internal self-regulation about what and how much to eat rather than relying on calorie counts or lists of “good” and “bad” foods. Competent eaters, says Satter, enjoy food; they’re not afraid of it. And there’s solid evidence that competent eaters score better on cardiovascular risk markers like total cholesterol, blood pressure, and triglycerides than non-competent eaters.”

In the battle to lose weight, and keep it off, our bodies are fighting against us.

Of course it concludes “let’s just TRY HARDER at this thing that basically doesn’t work,” but the science is valuable.

But everybody knows you can’t be fat and fit, right?

Please, continue to inform us of how we just need to try this ONE WEIRD TRICK to lose weight.

This focus on weight loss and counting calories is all well and good, but focusing on your weight is really putting the cart before the horse.

The focus of any sane health plan should be: What activity do you want to become proficient at? For most folks, it’s running or swimming. Maybe you want to be a better basketball player, cycle for 100 miles, or be able to hike up that mountain. I’m not saying become some superstar athlete…just an active person who loves to run or swim or whatever sport/activity brings you joy.

Once you have your athletic goal in mind, then work at becoming better at that sport or activity. So, that will entail foods that will help you reach that goal…which is invariably more veggies, less meat and processed food. Actually, I’m not too keen on the “eat less” mantra. It should be “eat smarter.” Because once you become active, you do need extra calories to maintain your active lifestyle. So it isn’t a case of “eating less”…it’s more of a case of “I’ll eat steamed fish and kale instead of a cheeseburger and fries”. Replace that stupid Diet Coke with good old water. Think QUALITY, not volume.

And stop thinking in terms of “I’ve lost five pounds”. You’re better off thinking in terms of “I’ve run an extra half mile today” or “I can lift five more pounds now”…or even just “I can go up five flights of stairs without being winded”. Track your progress by your athletic prowess, not your weight. Compete against yourself, not the weight scale.

That’s still calories in = calories out, it’s just the calories are coming out two paths: out your lungs when you exhale (for calories that were processed) and through your, uh, other hole (for calories you ate but your body doesn’t absorb).

Congratulations, you have invented Health at Every Size.

Health at Every Size®

In one context, yes, but it’s the wrong context. Saying more people are going into a room than coming out might be true, but why is that true? You can’t tell someone whose body is abnormally retaining water as edema to ‘drink less and sweat more’. Might it not be true in the same way for the obese? The idea that the obese are suffering from a metabolic condition that causes some foods to be more quickly partitioned into fat storage than others just hasn’t been widely considered until recently. In this context, it’s much more important to address what is being eaten rather than how much.

Can’t doctors use donated skin for burn victims etc? Seems to me a burn unit should do the surgery for free if it could be used to help some one else.

Or do they only graft skin from the same person?

I think the point is that is not a one weird trick, but a change in lifestyle. Losing weight (as I am trying to do as we speak) is a slow process that requires planning and goals… along with some trial and error, because you don’t know how your body is going to react.

And yes, if you are happy with your body, there is no reason to lose weight. But I doubt many folks 400 pounds overweight are happy with it. just a guess though.

hm, I wonder. it’s probably dictated by the normal organ donation stuff, the receiver’s body has to not reject it, either thru close genes or drugs, right? they always say the skin is the largest organ of the body, so I guess the same rules apply? anyhow, your idea is a great one, provided the people are compatible for a donation.