Hacktivist sees too much, FBI lock him up on child-porn charges, produce no evidence

“Yes, those images on my hard drive…they actually, uh, were sent to me by James Comey. He tricked me into receiving them and imitating them. So you’d better arrest him too.”

yeah those images on my drive, they were sent to me by someone you would really like to get. Yeah, his name is James Comey - how did you guess?

He told me to pull off to the right and enter a building for passport control. I was instructed to leave all recording devices in the car and surrender my keys. As I stood by, watching, they rifled through every bag and compartment in the car. Forty-five minutes later, I was released. I’ve crossed the U.S.-Canada border at least 100 times in the past 20 years, and this was the first time my car has been searched. I know that sounds paranoid. Maybe even a little crazy?

I’s an interesting observation. The more often that the security services resort to these tactics in order to cover up their mistakes, the less impact they will have on an increasingly more sophisticated audience. Eventually such intimidation and mistreatment will be strongly correlated with impropriety on their part. The fall of Rome, and all that.

At that point they will have really only two choices, the path of absolutely explicit totalitarian fascism or actually performing their jobs within the context of their ascribed legal and moral duties. I wonder what the prevailing wisdom with the planners and game-theorists within the establishment is, concerning this encroaching reality?

Probably something more sophisticated than I have the ability to imagine.

I have a question. What was he doing looking through the documents on his server? I don’t think that’s how TOR is supposed to work.

Possibly he was running a service on a hidden node.
https://www.torproject.org/docs/tor-hidden-service.html.en

Is there a hidden service called “I read your documents and snag the interesting ones?” Because I think the government already provides that service.

That’s why you are supposed to not trust the third-party nodes, and encrypt and authenticate/sign your stuff there. Somebody screwed their OPSEC by posting red stuff in black zone.

Is the implication, then, that he may have suspected such a break with opsec might have been an indication that the unencrypted documents were placed there by, or at the behest of, law enforcement who could later ‘find’ them as incriminating evidence during their raid?

Technically yes. However, Hanlon’s Razor (aka “Cockup before conspiracy”) leads me to assign low probability to that option.

Same failure of opsec but probably as the article states, information bound for wikileaks or some other, similar organisation? Whoever put it there seemed to have the drive to continue even after they realised someone else had detected and deleted their documents.

Or it was themselves, who realized they uploaded plaintext into third-party storage, panicked, deleted, then did it again the right way. Wouldn’t be the first time of such scenario.

Oh, I may have misread that I thought he had deleted them himself.

Aha, there’s my paranoia shining through. That’s probably what I would have suspected and done.

Probably something more sophisticated than I have the ability to imagine.

It may well be something you couldn’t imagine, but I doubt ‘sophisticated’. You do know they’re largely idiots, right?

The fbi is to the United States of America the same subhuman force that the Gestapo was to Nazi Germany.
Gestapo, aka, Geheime Staatspolizei, “Secret State Police” was the official secret police of Nazi Germany and German-occupied Europe.

The fbi and the cia now secretly occupy the USA and seek to control the world through inhumane, murderous *methods and, as they are maniacal serial killers, torturers and mass murderers, they must be **put out of business.
*
http://www.sosbeevfbi.com/part4-worldinabo.html
** 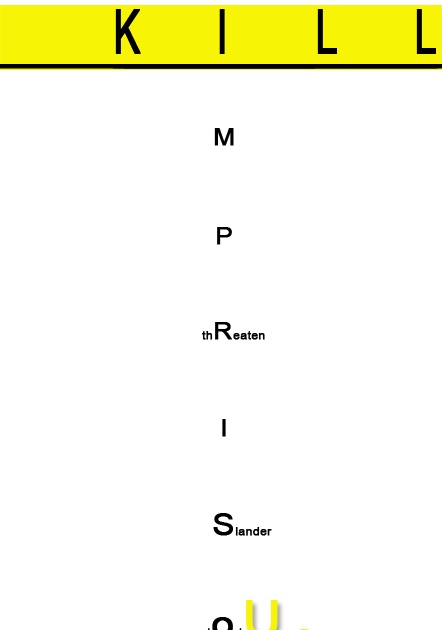 PREFACE Former FBI agent Geral Sosbee was forced to retire from the FBI in 1978, after only seven (7) years of service. He was target...

More papers on topic on behalf of Everyman of conscience who yet has good will toward fellow man: See Sosbee’s papers at academua/edu

Fbi/USA crimes against humanity viewed by insane public as virtuous. See ’ a crime preserved in a thousand years become a virtue’.

Ah, I had no idea Nash had died. That was an unfortunate choice of words, nothing more. I was asking if you thought the game-theorists at the heart of strategy in the intelligence complex were largely idiots, the assumed answer being ‘they are not’.

I was asking if you thought the game-theorists at the heart of strategy in the intelligence complex were largely idiots, the assumed answer being ‘they are not’.

When groupthink sets in, even very smart individuals can arrive to dumb results. Or when it is a committee.

I recently read an essay on game theory and corrupt government officials. You may find it interesting.