Each phone becomes a cell tower! Ish, but you get the idea. 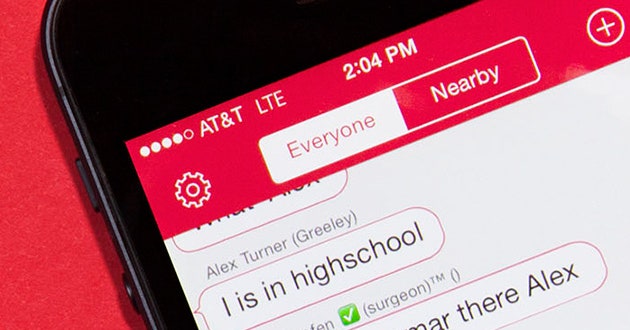 This Little-Known iOS Feature Will Change the Way We Connect

A new iOS app called FireChat is blowing up in the App Store. But it's not the app itself that's causing such a stir; it's the underlying networking technology it taps into.

Has anyone actually tried this? I’m kind of sick of apps at this point. And even after the install dance… what problem does this solve for me exactly? How does this embiggen my life?

I’m sick of apps too! I might give it a go; but the important thing is by using mesh network you can deliver a message without passing through any telecoms equipment - just through phones. Thus no monitoring.

Unfortunately, it sounds like the messages are broadcast to all members of the mesh when it is in the mesh mode.

I find when I get annoyed with app talk, I just start purposefully calling them “microcomputer applications” and it slows the conversation waaayyyy down. I don’t know how many times I’ve had to swat away vague requests that my organization “make an app.” Usually all it takes is the simple question: “why? what would it do?”

Yeah, but one step at a time.

And even after the install dance… what problem does this solve for me exactly? How does this embiggen my life?

If it ran in the background on every phone, we would not need as much provisioned network in densely populated areas. As an app, not at all.

Kind of a tragedy of the commons with everyone’s phone battery life?

This topic was automatically closed after 1056 days. New replies are no longer allowed.