Exactly what I came to link to - hilarious/brilliant/etc.

For some reason, I thought he had already passed away. Now I’m sad all over again.

You’re thinking of Don LaFontaine, who died in 2008.

i had forgotten about that. i’m sad and laughing at the same time. RIP.

unfortunately, the internet has destroyed/altered the voice talent industry.
it used to be that talent would go to a studio, and there weren’t that many who did it, so it was a viable living.
now the competition online is so great that the money makers are the site owners, not the artists.
and I’m talking a TON of money.
and there are WAY too many ‘artists’.
I used to make a solid living at this, now I 'm lucky to get a gig or two a year - in fact, I quit trying.
literally thousands of ‘artists’ submit hundreds of takes, the ‘decider’ (usually an untrained ear, hence alot of average work out there) picks form the top 20 - how the hell could anyone remember if artist 3 or 28 or 59 was the exact one they wanted? after hearing all those…
admittedly, it’s not a tough gig. many folks can imitate or come close to lots of desired results.
I do a perfect Sam Neil (truck guy), but who wants to be mocking for a living?
one other thing -it ‘globalizes’ the concept which I personally think is a shame, case in point:
I live (now) in a small town - I found a 150$ job for my small area, on a large voice site, I bypassed the site this time and approached the agency - I said, why would you spend money elsewhere instead of feeding the local economy? they said its easier and faster (which it is)
so some guy in Nebraska (or?), who’s never been to the store the ad is for, nor heard of it, gets the gig because he’s in the first wave of ‘auditions’, even though the exact accent, the natural accent of the area, can be presented by at least 100 local actors - none of whom got the gig, and most didn’t even know the job was available. but the agency gets it cheap.
it cheapens the concept, so I stopped.
and I can do almost every accent there is, not boasting, just saying for the sake of the argument.
another case - in the province I live, the provincial government has a long running ad series for it’s tourism product -we have a very unique way of speaking here - I can do the voice of the talent used, I can do it exactly, I can do it with many variations. but the guy in Toronto gets the long term gig and all fall-out gigs that come from the notice he gets with the awards.
I think it’s unethical and short-sighted in terms of the local economy - that the province allows ANY money for its promotion to spent on talent outside if the talent is here. and there are MANY guys here better than me.
there I finally had a chance to say it. thanks for reading

Most of these are Don Lafontaine but a few are Hal Douglas, and all contain the phrase “In a world . . .” 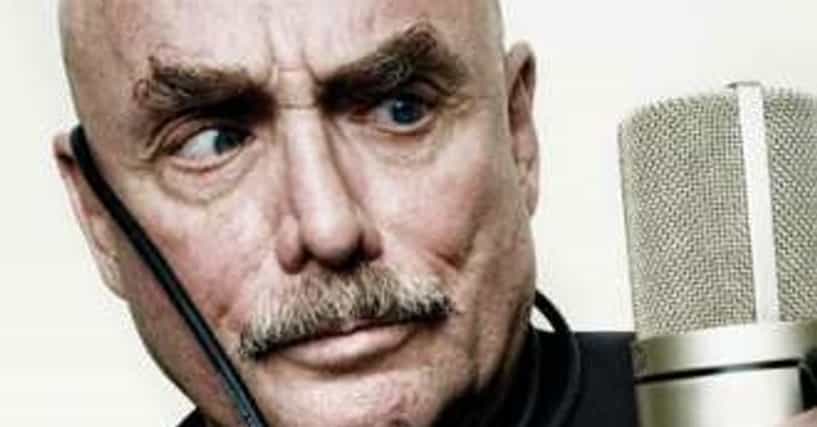 The Best Movie Trailers Containing the Words 'In a World...'

Among the best movie trailers of all time you're very likely to hear the words "in a world" (or its cousins "in a time" and "in a place") and flash back to the glory days of the movie trailer when you didn't see all the best parts of a movie in the 2...

That’s the one. Thank you.

I’m sure you know much more about the topic than I do, but I’ve also heard Billy West (Futurama) bemoan Hollywood’s recent trend of casting big-name celebrity screen actors to do voice acting for animated feature films instead of people who focus on voice work. I can’t recall any movies before Toy Story that made a point of using A-list screen actors for the characters’ voices.

I guess career voice actors are getting shoved out of the industry from above and below these days.

Well, as you point earlier in your post the problem is the “decider”, I’m a voice actor too and had to deal several times with deciders who knew nothing about acting and/or had their two ears in the same side of the head.

I do not blame other voice actors for the poor state of the industry, I blame the deciders, poor choices means poor results.

And as Brainspore pointed, I hate the horrible trend of casting celebrities for voice acting. There may be less than half a dozen of screen actors who can also do dubbing.

Um, The Lion King for one. Also Aladdin. An American Tail is an example of a non Disney one.

I’ll grant Robin Williams in Aladdin, but James Earl Jones was already at least as well known for his voice work as for his screen appearances by the time he did The Lion King. As for An American Tail, well… I guess if you want to consider Dom DeLuise an “A-list” screen actor then who am I to argue.

But even in those examples the actors’ celebrity status generally wasn’t one of the major selling points for the movies. Compare those films’ movie posters to more recent examples, where voice credits are often front and center: “Johnny Depp and Helena Bonham Carter in Corpse Bride.” “JACK BLACK is KUNG FU PANDA.”

Heck, the Kung Fu Panda films even cast Jackie Chan in a supporting role. I mean, the guy is an incredible performer and athlete, but he’s hardly one of the most natural picks for a voice performer in an English language film.

[quote=“Brainspore, post:13, topic:25609”]
I’ll grant Robin Williams in Aladdin, but James Earl Jones was already at least as well known for his voice work as for his screen appearances by the time he did The Lion King.[/quote]

Everyone who thinks that voice acting is easy should check out LibriVox.

(granted, Peter Cullen and Frank Welker were there too)

I can’t recall any movies before Toy Story that made a point of using A-list screen actors for the characters’ voices.

The big one that comes to mind, pre-Toy Story, is the casting of Tiffany in “The Jetsons Movie”. (Not that Tiffany was ever “A-list”) Many people, including Janet Waldo (the original Judy Jetson) were quite upset by that. Post-Toy Story, Dreamworks tends to cast “names”, rather than voices.