I grew up listening to and becoming a fan of Billy West. He was a curio, an odd and fascinating blend of absurd and inventive. He was also radically underappreciated by the loudmouths on whose shows he appeared and made infinitely better.

Its nice to know that voice actors get their full due in at least cukture on this uptight little ball we occupy.

I’m glad to hear that. I became a fan of Phil LaMarr’s work when he was on MADtv, and was surprised to learn the number of his voice credits decades later. Hopefully, the fans carry over to other genres or forms of entertainment. For example, audiobooks read by film actors or popular narrators can be a major selling point. In sci-fi, fans want to know about the voice actors for AI or robots in films and TV shows. Another area might be home automation or navigation systems (depending on whether or not the voice was portrayed as “good” or “evil”

Never would have thought to see Connor here

And get some hate too… 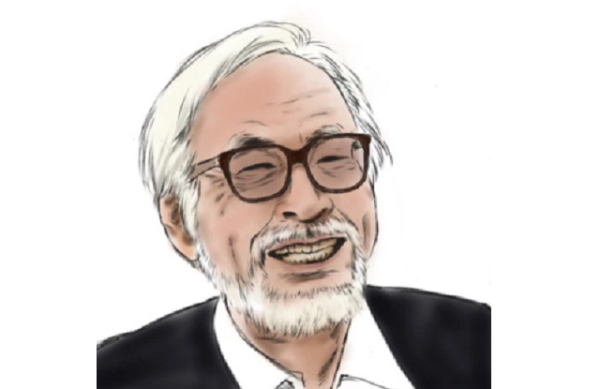 Hayao Miyazaki has a gripe against Japanese female voice actors

Wow. It’s a shame that viewers don’t always get the choice to hear the original audio instead of the dubbed version. This makes me curious to compare them. Netflix offers a choice for newer titles, but services like Amazon and Kanopy are more restrictive.

Funny enough, here in Italy some voice actors are fairly famous. I think is to do with the fact that as well as work in animated media they also do a lot of work in film dubbing. This means often they are associated to the stars they dub in the films, therefore sharing their fame.

There was a time when voice actors were quite famous in America, although in a different medium. It was called . . . “radio.” As I learned about the Golden Age of radio, I was surprised to learn how famous the actors were, and how many of the Hollywood A-list had regular radio side hustles - Jimmy Stewart, Humphrey Bogart & Lauren Bacall, Sidney Greenstreet, etc.

Wow. It’s a shame that viewers don’t always get the choice to hear the original audio instead of the dubbed version.

Physical releases of anime often have a Japanese audio w/ English subtitles version available, and in the case of some very niche releases there wasn’t an English dub produced at all. The fact that so many shows were only publicly available in dubbed format also resulted in Fansubs being a big deal up until very recently. Now more and more streaming services are doing quick subtitled turnarounds (many are released concurrently with the native broadcast) which has cooled the gray market of Fansubs.

These days a lot of the fan subs are for broadcasts of certain well liked live action shows that would normally never get subbed in an official capacity. There are some comedy Japanese shows that i occasionally watch that are only available with fan subs.