Continuing the discussion from Russian Olympic official to reporters: stop complaining about hotels or we’ll release CCTV footage of you in the bathroom:

Russian Olympic official to reporters: stop complaining about hotels or we'll release CCTV footage of you in the bathroom

I think some threads need a version of this dropped right in the middle of them, just like this was in the Olympics thread, hopefully reminding everyone whose editorial decisions are relevant at BB, and which suggestions border on concern trolling, and that we are guests.

That is a tough one. After reading the topic, complaints about the title are somewhat warranted. It just depends how far down the rabbit hole people go with it. In this case, a bit too far.

I don’t know that we could automate this one, all we can do is encourage folks to flag the really off topic posts for mod attention.

The public reminders from mods are quite helpful as posts in the topic. Could that be made easier via a “value menu” of common mod replies? Perhaps but I hope it wouldn’t be so frequently necessary and a human touch of composed text is always better.

Also, @neil is working on a topic level flag button so hopefully people can feel less stigma about flagging an individual person’s post versus flagging the topic itself. It is a little worse from a mod perspective because it’s like “look at this whole topic” versus “look at this specific post” but if given the choice between no flag due to unwillingness to flag a person, and a broad more-work topic level flag, I would much rather have the flag. Moderation only scales with the community if everyone is pitching in to find and address trouble spots.

I think the moderation has really stepped up here the last few months. However you make the sausage in the end, I fully support some degree of guidance from the mods. Some comments are just incendiary. Others, It can be hard to tell whether to respond, or flag. Anyhow, getting a lot better lately.

The public reminders from mods are quite helpful as posts in the topic. Could that be made easier via a “value menu” of common mod replies? Perhaps but I hope it wouldn’t be so frequently necessary and a human touch of composed text is always better.

As an implementation suggestion, maybe have the “Take Action” button lead to a second menu when “Offtopic” or “Inappropriate”, where you can select from options like “Hide this post” (the current “Take Action” button behavior), “Make a modpost” with the canned responses, etc.

Uh, hey everyone in the prior thread and now this one: Why is it ok to use “aspie” as shorthand?

We’ve seen many terms for developmental or cognitive disabilities slip from clinical term to slur over the past 100 years. Imbecile, Moron, Idiot. There’s a full dictionary full of colorful definitions to describe narrow-minded-myopic-assholes-that-you-disagree-with.

Go pick one of them.

Stop contributing to the social contempt for mental or cognitive abnormalities.

It’s OK to use “aspie” as a shorthand because I was referring specifically to people with Aspergers, not as a term of contempt for assholes. People who identify as Aspergers have always made up a strong contingent of the commentariat here (and on tech blog commenting areas in general), and they sometimes express a great dislike of nonliteral interpretations of other people’s statements. This applies often to Cory’s use of hyperbole and hortation. People who possess that particular cognitive distinction seem to get particularly annoyed by it.

And pedants hate it too. Pedants are not assholes, either.

Though I guess if the term “aspie” has become freighted (as a term of derision), I’ll stop using it.

Does that mean it’s okay to call people with Down’s Syndrome mongs, as long as I don’t use it as a general insult?

Then what makes aspie acceptable?

Do people with Asperger’s like to be called aspies?

(Asking honestly, I have no idea) 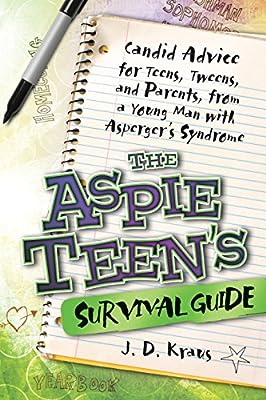 The Aspie Teen's Survival Guide: Candid Advice for Teens, Tweens, and Parents, from a Young Man with Asperger's Syndrome

The teenage years are a time when being social is the number one priority for kids. But for kids with Asperger's who have acute social challenges, these years can be the most difficult, confusing time ...

Most people with Aspergers I’ve known have used the term proudly! But it does seem to be becoming problematic.

Edit: I liked Robs answer better than mine.

It’s OK to use “aspie” as a shorthand because I was referring specifically to people with Aspergers, not as a term of contempt for assholes.

Now, I’ve gone and checked my intuition, and can’t find any definitive evidence that “aspie” has crossed over from being benevolent to being a slur. But I have found enough evidence that other people have also had the same concern. 2013. 2012 2012. 2007 (the last more credible as it was in a support community for Autism/Aspergers.)

Now that the term Asperger’s has been abandoned as a medical term (like imbecile, moron, idiot, and retard, before it), the term will be defined socially and culturally. Given that “sperg” is already a slur descended from Aspergers that some folks use as shorthand for behavior they don’t like, it’s a fair bet that “aspie” is also at risk to slide in that direction (yes, I consider the glacial shift of language and linguistics to be a spectator sport. One of the many things that I’m pedantic about).

Speaking of pedants, and the definitions thereof: a defining feature of pedants is being annoying. And, I use “asshole” as shorthand for anyone that’s being annoying, because I’ve never seen anyone stand up to reclaim the term of “asshole” for their more positive use.

tl:dr one could say “pedants vs. literalists” with no loss in communication.

Signed,
Truly
A proud pedant and asshole on this topic.

That is a tough one. After reading the topic, complaints about the title are somewhat warranted. It just depends how far down the rabbit hole people go with it. In this case, a bit too far.

As an follower and a fan and a commenter, this is definitely one of the challenges of the boing-boing community. The leaders (the main principles, the supporting cast, the mods) all demonstrate and model: speaking truth to power, transparency, fairness, intellectual honesty, integrity, the importance of admitting one has made a mistake and publicly and transparently correcting it. It’s only natural that a good part of the fans and commentators to BB will be here for those reasons, and will think that speaking up or pointing out those types of flaws would be encouraged, not suppressed.

full disclosure as one of those assholes pedants who has previously called for a change in a misleading headline.

This applies often to Cory’s use of hyperbole and hortation.

What a neat word you used there! Consider it worth an IOU 1 Beer if you ever make it out to Tokyo.

That was me who used ‘hyperbolic aspie’, and it was not a knock. I could have phrased it the simpler way, however, it would have been a different sentence than what I meant.

In this case, both ‘sides’ are being hyperbolic. Recall the context of the question which started this conversation, in the Olympics thread, was about the headline of that story and people offering endless overstated concern-troll style advice about the gauche exaggeration and the inevitable impact on the reputation of BoingBoing moving forward.

The leaders (the main principles, the supporting cast, the mods) all demonstrate and model: speaking truth to power, transparency, fairness, intellectual honesty, integrity, the importance of admitting one has made a mistake and publicly and transparently correcting it.

So, it would be dishonorable, unfair, and show a lack of integrity if Cory does not correct the joke you didn’t get?

Does hyperbole have a place in humor?

How about a sense of history which might tie Russia, to spying and to bumbling? 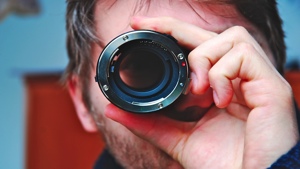 How even the dumbest Russian spies can outwit the NSA

The World: Plumbing the K.G.B. Files; For Russia, Bumbling Agents and Friends in...

Russian spies allegedly used steganography, open wireless networks and transfer of memory sticks to swap data, but faced problems such as leaving a password lying around on a piece of paper and trouble getting laptops fixed in less than six months.

and of course “Allow me to introducing myself. I am Boris Badenov, world’s greatest no-goodnik.”

So i think it is fair to say that the ‘bumbling soviet spy’ meme is a great way of pointing out, through deployed hyperbole, that Putin is absolutely no different than any of the past leaders.

Cold war humor, used sparingly, to make a point about which direction Russia would appear to be going. I am sorry if you don’t get it, but it seemed fair to offer my interpretation, as much as it can kill a joke.

I do wonder if it’s a generational thing? Picking on the Soviets and their terrible spies (ad our own, eventually) was a Cold War favorite. Were you of an age to be aware of the cold war in the 70’s or 80’s?

Here is what I hope is some helpful context:

and will think that speaking up or pointing out those types of flaws would be encouraged, not suppressed.

Nobody is being suppressed. Insults are being moderated, and opinions are being disagreed with, and ideas bantied about… so don’t cry oppression. We were encouraged to create a new thread.

An invitation to converse is not oppression, and a joke is not a statement of fact.

Speaking for myself, yes. Though we’re quite diverse and some will disagree.

In the United States. Not elsewhere. And partially for political reasons.

There’s differences. I have an autistic spectrum condition, but I am not autistic. I am not high-functioning autism. I’m an Aspie.

But on the plus side, “autism” doesn’t get pronounced with an ‘r’ that isn’t there.