It’s still possible to construct a perfect filter bubble for yourself using the internet, and that’s easier than the pre-internet era, when fringe participants had to seek out and subscribe to postally sourced printed newsletters.

The only people it has become easier for are people with extremely marginal views, which includes proud racists for sure, but which also includes transgender people, furries and origami turing machine enthusiasts. The public sphere and all the news media in it used to be a filter bubble of mainstream opinion within a very narrow window. The internet has democratized the ability of people to live in their own bubbles, so that people with non-mainstream opinions can do it too.

The stuff about being in an ontological crisis I’m totally on board with.

I wonder how much these numbers have changed since 2014? 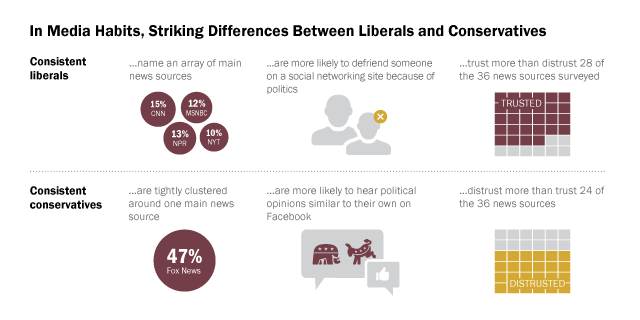 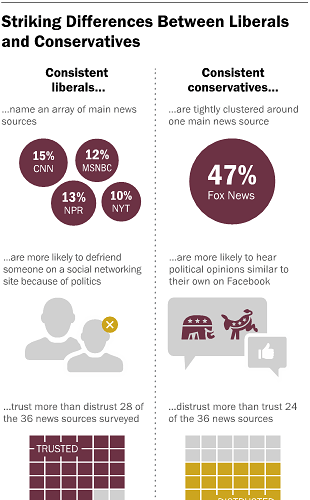 I suspect any reduction in clustering around fox news is only due to sites like breitbart peeling people off.