Here are 19 excellent questions about the deadly Capitol riot

Not so much secret as unmarked, meanwhile the office with his name plate was untouched.

James Clyburn says "somebody on the inside" of Capitol was "complicit" in...

"Somebody on the inside of those buildings were complicit in this," the top Democrat said. 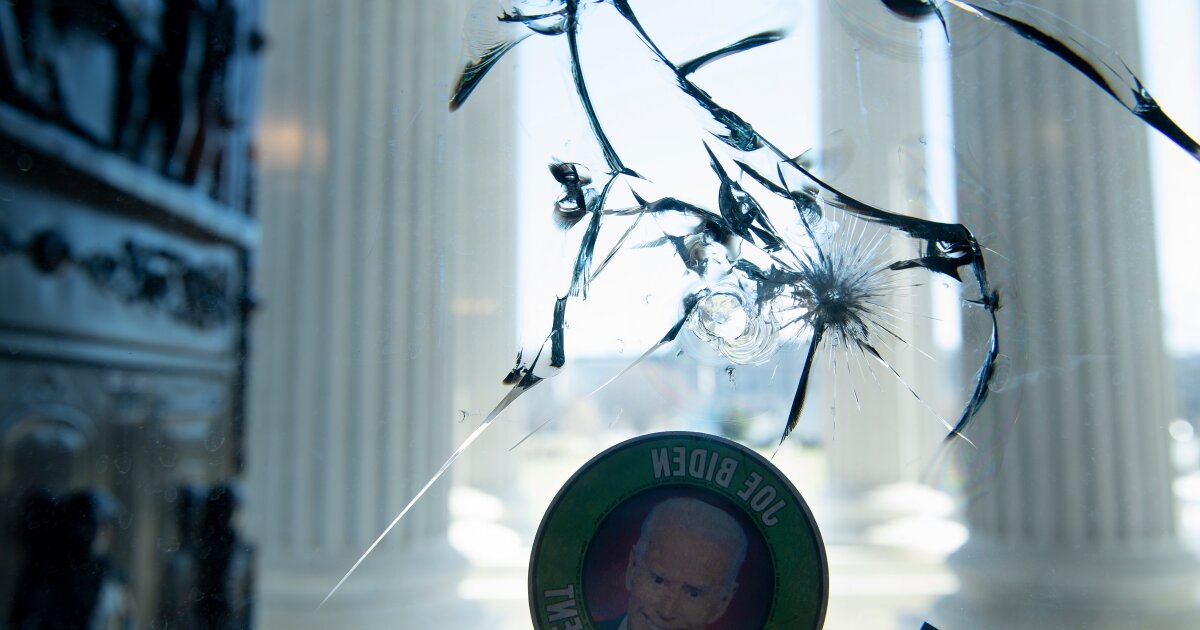 Two windows and two doors used by Jan. 6 rioters were among only a few that weren't reinforced during a Capitol security upgrade that started in 2017.

The majority of the Capitol’s 658 single-pane windows were quietly upgraded during a 2017-19 renovation of the historic building. The original wooden frames and glass were covered with a second metal frame containing bomb-resistant glass.

But planners skipped about a dozen ground-floor windows, including some located in doors, because they were deemed to be low risk in the event of implosion, largely due to their discreet or shielded location, or because the building couldn’t structurally handle the load of the heavier frames.

Though the bomb-resistant windows were never designed to keep out rioters, every reinforced window that was attacked by insurrectionists appears to have remained intact, even if damaged.

But despite the unintended effectiveness of bomb-resistant windows as a deterrent against attackers on foot, it remains unclear whether the board responsible for Capitol security will now upgrade those remaining single-pane windows and unreinforced doors.

Not everyone needs to be in on the plan-- but if certain groups went directly for those windows., skipping the reinforced ones, while less clued in portions of the mob were stymied by the reinforcements., that’s something

I’m sure I remember people being worried about diminishing the office when it became pretty obvious Ronald Reagan was doing shady stuff too.
Look where we are now.

I can’t get beyond my suspicions that the Democrats are complicit in all this in one way or another. At least in their entrenched concerns about mainstreaming their re-election, maintaining a status quo rather than ringing the alarm bells LOUDLY. And this thing about the DOJ not bringing charges against a sitting or former president when trashing “norms” was the hallmark of the Trump admin. What I mean is given the extent of US history, this is a long time in coming but was always on the way, once you comprehend what “normal” in US politics really amounts to.

I’m sure AOC is calling herself with rape and death threats… Merely a coincidence that they went after high profile Democrats to kill them… sure. Both sides are just as bad. /s

What does complicit mean to you?

Because sounds like some Qanonsense. So I’m running with it and imagining the Democratic party worked with Trump on an illegal strategy to stage a coup to overrule the election and put Trump in charge instead of Joe Biden? And … Even if that were a plot to a dark comedy it would feel contrived.

I know. Just as the Capitol Police and the insurrectionists who put them in the hospital are equally complicit

I can’t get beyond my suspicions that the Democrats are complicit in all this in one way or another.

You know those crafty Dems, always working to foment violent movements to challenge the legitimacy of the elections they just won.

So I mean obviously the Democrats have screwed up by not taking the increasing radicalization of the right-wing seriously enough. But that’s kind of not quite the same thing as being a complicit in a coup attempt against their own electoral victory. That’s like calling Julius Caesar complicit for showing up in the senate without body armor.

Reminds me of this “classic,” where Ivanka was asked about being called “complicit.”

Hey, look! You joined BB on Jan 6th. How about that!

You really think some Dems are complicit in the Jan 6th attempted coup? Really? Get out of here. (And not metaphorically.)

At least in their entrenched concerns about mainstreaming their re-election

Wait, what? What reelection? I can’t tell if you’re misusing the word “mainstreaming” or misusing the prefix “re.” Or do you mean “mainlining?”

Ty for posting this, Mark.