There is no cocaine better than My Cocaine.

THE PANDEMIC IS NOT “OVER” YET. WE’RE STILL IN IT.

Please do better and don’t actively feed into the Dumbening.

Dude… all weekend long, my sorority sisters have been sending me pix from our Centennial anniversary event in Indiana; hundreds upon hundreds of sorors, all gathered up together indoors, and barely a mask in sight.

I am terrified of the news that it will turn out to have been a super spreader event, and that I am going lose some sisters behind it.

Even talking about it made me freak out enough to go take one of my rapid home tests. (It was negative, thankfully.)

I just can’t with people being this fucking complacent about this shit, like it’s not real…

Scratch that; the economy is always hitting everyone that isn’t part of the 1% pretty hard every year.

It’s almost like it’s intentional, innit? Almost as though the very very rich are running a game where they are trying to own every damn thing in the world. Every boom and bust cycle drags another batch of people a few rungs lower, except for the top .1% who have the wealth to just ride it through. Meanwhile they decrease* our civil liberties and make a mockery of our democratic ideals.

I am not a conspiracy theory guy. I don’t think there’s a cabal of people who get together and discuss this. I just think that the top .1% (or .001% or whatever) are mutually motivated to the same strategy. Putin, the Koch Bros, and KSM don’t need to collude to act together.

*I accidentally wrote “decease our civil liberties at first” and was tempted to keep it. 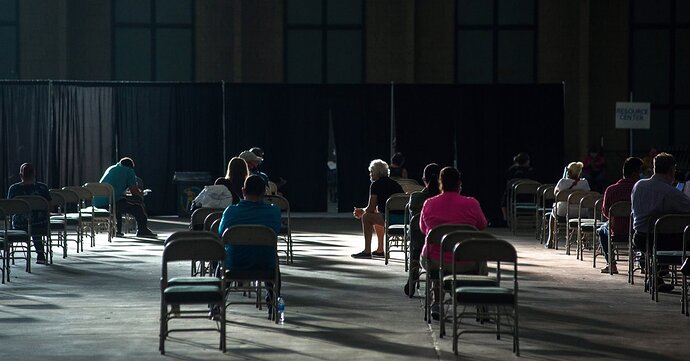 A report shows that a $50 trillion redistribution of income to benefit the richest has made America less healthy, resilient, and secure

Vaccines targeting the new variants won’t be available until this Fall, and there may even be a shortage once out.

One of the best kitchen sink realist dramas ever filmed was Alfie, in which Sir Michael Caine brilliantly starred.

The definition of kitchen sink realist drama syncs with his video comments: Kitchen sink dramas are storylines, sometimes plays, television shows, or literary narratives that depict Great Britain during the mid-1900s. These realistic storylines were focused on depicting life as it was. They often included anti-heroes who readers/audience members might struggle to like and bring to light real issues within contemporary life. Class was one of the major themes at work within these literary works. Characters often struggled with success, their careers, poverty, homelessness, and many taboo topics (including crime, sex, abortion, and more).

all gathered up together indoors, and barely a mask in sight.

We had our Museum Society AGM yesterday. Thirty or so people all wearing a mask. We’re all “Oldies” so…

(Unfortunately, even our small community has it’s share of the anti brigade.)

Dude… all weekend long, my sorority sisters have been sending me pix from our Centennial anniversary event in Indiana; hundreds upon hundreds of sorors, all gathered up together indoors, and barely a mask in sight.

My organization was founded by seven school teachers. We’re supposed to be smarter than this.

hundreds upon hundreds of sorors, all gathered up together indoors, and barely a mask in sight.

Everywhere I go now, myself and perhaps one other person are the only ones wearing masks unless they are employees at a restaurant.

I love Michael Caine, but remember he is the guy who lived abroad in the 1970s because the UK had a tax rate of 83% for people making millions like himself. He returned in the 1980s when Thatcher cut the rates. Caine was born into the working class, but he’s been out of it for the last 60 years.

I pretty much give props to anyone famous who speaks up honestly about class issues.

Hell, I’m an American who lived six years working in Canada, which had higher taxes than the US! (but not 83% at least in my time and certainly not in my bracket)

They don’t just have the wealth to ride it through. They pay, as a percentage of their wealth, vastly less than those not just the poorest, but the vast majority of the population on their living costs.

In a lot of cases they literally pay nothing by treating them as company assets, writing off tax against them, and other accountancy tricks. Something that is not possible at normal wealth levels.

Things like those massive yachts - they don’t actually cost anything to buy as they become an asset worth at least what they paid for them.

If we want to buy something pricey, we need a mortgage, and then we spend roughly twice what the thing we buy is worth over the term of the mortgage. Same property bought by a super rich person costs them half what we would pay, and the value if anything ends up greater than they paid for it. Some of the property in London goes for ridiculous prices - they don’t even haggle, they want to pay over the odds, because it means all the other property they own shoots up in value.

Friends had a gig Sat at a nearby gallery/performance space, Armageddon Beach Party. I sat down (on a freaky teal velveteen couch) before they began playing, found a mask in my purse and put it on. I told my BF, “Once was more than enough! I don’t wanna get it again!” and he agreed. We pretty much stayed away from other people, it wasn’t crowded.

No one else wore a mask, and I thought a woman I saw out the corner of my eye was giving me funny looks. I quickly realized she was just checking out all the weird shit they have everywhere

so I undertook to do the same.

I’m constantly aware now that im often the only one masking. It’s still weird and alienating, but damn it, I’m still going to do everything I can not to catch this thing AND not to spread it.

I’ve always been weird and felt alienated, so I am well prepared.