It was an analog process that does not apply to digital images. It was called Vestigial Side Band. It is used commonly in satellite communications for video.

The “compression” method was simply to remove half of the signal and then reconstruct it on the ground using what is called a pilot tone, and exceptionally stable signal.

I remember reading about this orbiter and its orbiting movie film lab. It really was a different world in 1967; the concept of store-and-forward was implemented a bit differently from today. I’m glad that the tapes were saved, and finally digitized. 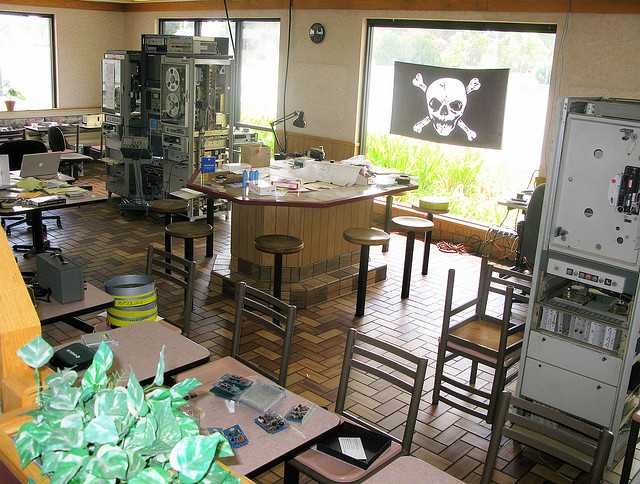 All this (BTW, thanks for all the additional information, comrades!) reminds me that I should watch Ice Station Zebra again soon-ish.

Turns out President Clinton just thought SA had outlived its usefulness as a military asset and that the increased civilian use of GPS with higher accuracy would help the country more.

i think people also started to develop tools to get around it. basically sample known points, and subtract. my understanding was as computers got better the obfuscation became easier to avoid. to the point ( ouch, no pun ) it was useless.

The shocking thing to me was that they’re talking about 2GB images in 1967. That’s so far beyond the working memory of any machine of the era that about all you can do with the data is stream it to a printer.

Your comment makes about as much sense as marvelling that a VHS cassette contains 2GB of video data, or that a 35 mm slide contains 12 million pixels.

There were no computers involved. The orbiters took analog photographs, developed them and scanned them using a very high resolution wire photo setup. The orbiter transmitted that wire photo signal to Earth, where it was recorded on analog magnetic tape, then printed out for Apollo landing selection purposes using a large format wire photo printer. The only computers involved were the ones in this century that took those magnetic reels and processed them into digital images. 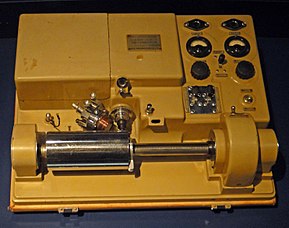 Wirephoto, telephotography or radiophoto is the sending of pictures by telegraph, telephone or radio. Western Union transmitted its first halftone photograph in 1921. AT&T followed in 1924, and RCA sent a Radiophoto in 1926. The Associated Press began its Wirephoto service in 1935 and held a trademark on the term AP Wirephoto between 1963 and 2004. The first AP photo sent by wire depicted the crash of a small plane in New York's Adirondack Mountains. Technologically and commercially, the wireph...

eta: Come to think of it, the Lunar orbiters and the (post Corona) spy satellites of the same era didn’t use any new technology to take and transmit their pictures, they just miniaturized and automated existing film and wire photo technology. It wasn’t until the next decade, IIRC, that spy sats started to convert to a film-less, all electronic imaging system similar to that found in Voyager and other 70’s space probes (and an unknown number of years after that before they started using CCDs like in today’s digital cameras).

So, in other words, the Moonshot 'truthers are actually correct about this tiny little historical detail: the government has been lying to us all along about its technical capabilities in 1969, and the proof is right there in the imagery.

That the lie goes 180 degrees from what actually occurred, seems less significant to the conspiritorial mind.

Yes. I’ve often thought that the “invisible magic” of digital/computer/software technologies makes opportunities for these kinds of incredible analog mechanical solutions (robotic darkroom in space?) unfortunately less frequent. The creative problem-solving involved in things like this or older-style ‘practical’ and in- camera movie effects are really wonderfully clever. Technology can make doing things mediocre really easy. These things took real smarts to get any result, so they often pushed it to make it super deluxe.
** romanticized longing over **

I’m thinking the “compression that has yet to be patented” was an optical version of a cosine transform to spread the signal energy across the entire bandwidth, and eliminating the otherwise present huge low frequency components that would be present in an otherwise raw analog image.

As for vestigal sideband, it’s just a more efficient analog transmission strategy that allows enough of the carrier to get through that the doppler shift can be compensated for, without wasting too much power on it.

It’s amazing that they could do film development without liquids, in space!

@Richard_Kirk
From my reading of spy books in junior high, the tech was not in the film or the scanning, but in the optics and stabilization systems for them. Think of how much OIS has helped cell phones and DSLRs. Similar techniques were done for spy cameras back then and it made a huge improvement.

i think people also started to develop tools to get around it. basically sample known points, and subtract. my understanding was as computers got better the obfuscation became easier to avoid. to the point ( ouch, no pun ) it was useless.

There were techniques to improve GPS reception. Like you said, if you have a known reference point, you can calculate correction over a small area. If you then transmit those corrections to a receiver nearby, it can get a much more accurate signal. Make note of the “nearby” requirement here. It didn’t work well over a few 10’s of kilometers. So, it was used by surveyors and river boats, but not much else due to being impractical for large areas. Only when WAAS came about with its large collection of observation stations and complex modeling of the ionosphere that such enhancement became practical.

You’re right in that we were already heading in that direction and maybe President Clinton just bowed to the inevetable.

It’s amazing that they could do film development without liquids, in space!

Did they not use liquid? I thought they did. The trick that impressed me as a long time darkroom monkey is that they did it without gravity.

What I like most is the added info in this thread. Cool.

Well, except not. There was no deception by NASA. BB is just parroting a claim that the original article made with zero supporting evidence. The truth seems to be that they were analog prints that were about as good as the equipment could do at the time and had nothing to do with hiding our spy satellite capabilities.

I remember having to write software to align colour wirephoto frames. They were still in use in the 1980’s. Particularly for pictures from the Middle East where there were some dedicated high-bandwidth Telephoto lines (put down by the French, I think?).

I remember one wirephoto from the Americas Cup taken in Australia. There was no control on the white balance - you just had three filters and you got what the kit gave you. So when the newspapers got a picture of a boat with yellow sails and an orange-looking hull against a greenish sky they assumed the blue level was too low; and pointed it as a red-hulled boat with white sails against a blue sky. It turned out the boat did have yellow sails and there was a storm coming on, so the sky did look greenish.

It may seem weird going to film. However, the 1933 Baird TV system used a film camera to capture images, process them on the fly, and then scan the film using a wet gate flying-spot scanner, to broadcast with a delay of about a minute. It is essentially the same process, but with a soundtrack.

Back when I was a cinema projectionist in the late 90’s, someone asked me why we still used film: “Aren’t DVDs better quality? They’re digital!”

Back when I was a cinema projectionist in the late 90’s, someone asked me why we still used film: “Aren’t DVDs better quality? They’re digital!”

One of my spouse’s jobs in university in the early 80’s was to staff the computer room with its newfangled PCs. She remembers seeing a faculty member try to insert pages of their manuscript into the 5.25" floppy drive slot. As best she could tell, he expected the PC to read his MS and put it into a Wordperfect file for him. And yes, this was long before consumer scanners were a thing.

the government has been lying to us all along about its technical capabilities in 1969, and the proof is right there in the imagery.

Well, yeah, if you assume a Boingboing headline on a Cory Doctorow article is an accurate, non-clickbait summary of what really happened. (-:

But hey, I see the headline has been changed from the original claim that the images were"deliberately fuzzed and downsampled" to “images…were withheld.”

This is at least a closer reading of what the linked article says. (Which is unfortunately inaccurate.)

I have a relative who worked on lunar orbiter images in a UCLA lab in the 1960s. I have seen high res prints of these images in their photo album, very much like the ones that are claimed to be so secret. I don’t think they were as secret as is being claimed.