I am trying to remember in which context I first heard of them. 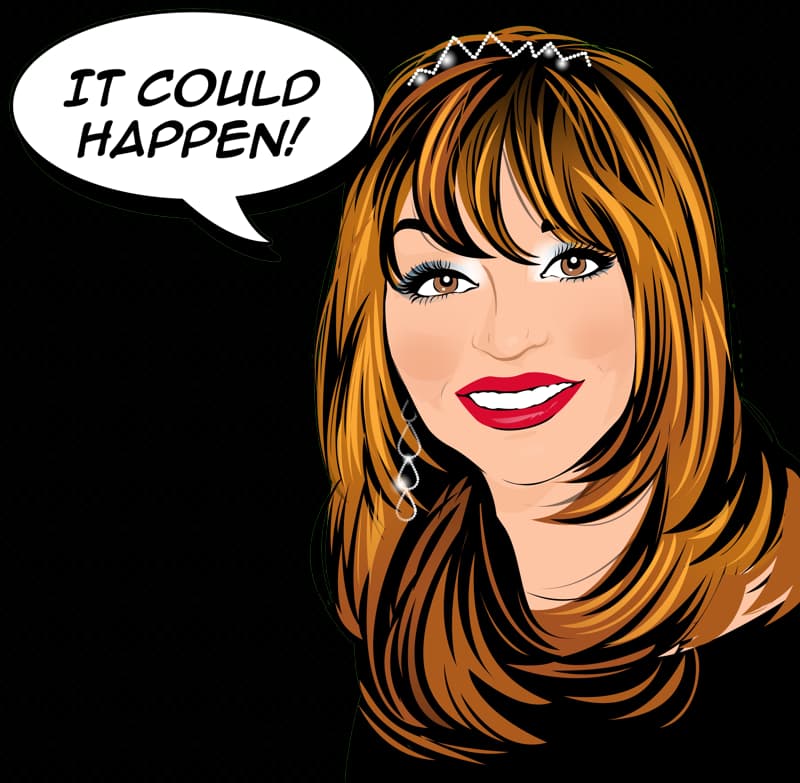 Although the first story is a bit, well, flimsy…

The filings also say that surveillance video also shows them removing the identifying tags after grabbing the luggage and tucking them into a handbag they were carrying. Brinton “then left the area at a quick pace,” the documents say. Brinton had not checked a bag in Washington, D.C., where the flight originated.

Investigators say Brinton was seen using the Vera Bradley suitcase on two later trips to Washington, one on September 18 and the next on October 9. The victim confirmed it was her bag after police showed her the surveillance video.

Police initially questioned Brinton via phone October 9, asking them directly if they’d taken anything not theirs. “If I had taken the wrong bag, I am happy to return it, but I don’t have any clothes for another individual,” Brinton is quoted as saying in the complaint. “That was my clothes when I opened the bag.”

But they called the officer back two hours later to explain that they grabbed the wrong bag because they were tired and mistook it for their own. They went on to say that it wasn’t until they were in the hotel room that they realized it wasn’t their bag; they feared someone would accuse them of theft. Uncertain of what exactly to do, they emptied the luggage into the hotel room dressers, leaving the person’s clothes behind, court filings say. 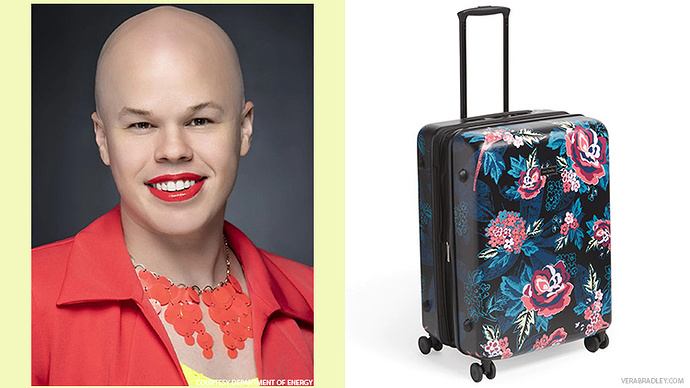 Sam Brinton, one of the government’s first gender-fluid officials, has been accused of stealing a Vera Bradley suitcase and its contents from an airport baggage claim.

“I’m so sorry – I picked up your bag by mistake! How can I get this bag back to you?”

Seems easy. Or call the airline and let them do it for you.

First heard of this via fucking Rod Dreher, who I’m pretty sure spends most of his days watching Libs of TikTok and trawling twitter to find ways to complain about trans people.

I’ve got to assume that a Vera Bradley suitcase is A.) easily identifiable as such, B.) worth enough that it’s worth stealing on its own, regardless of contents, and C.) not a plain, black, wheeled bag. Seems wild to me that anybody, let alone a person who might not blend effortlessly into a crowd, would try and steal one and pass it off as an accident.

People certainly do economically irrational crime all the time, so I don’t doubt it; but stealing luggage in units of one suitcase seems like a really odd move.

If you can use baggage inspection data to pick individual valuables out of passing luggage or a position in the baggage handling bureaucracy to see to it that a load of bags end up lost in a convenient dark corner somewhere there are definitely spoils to be had; but the average suitcase is likely to be substantially clothes that are useless unless they fit you and have very tepid resale value, along with a modest chance of actually valuable bits and pieces and some risk of possessing someone else’s controlled substances. Plus the obvious downsides of doing pretty middling property crime right in the middle of security measures hypertrophied by years of paranoia about terrorists.

Am I underestimating the amount of jewelry and cash people are still travelling with? Does the DoE pay atrociously? Just some sort of peculiar thrill-seeking thing?

Deputy Assistant Secretary of the Office of Spent Fuel and Waste Disposition can take a lot out of you, even just saying it.

Sounds like a crime of compulsion, not of need. If so, sad that it ruined a carrier.

Is it just a felony because of it being an airport?

Am I underestimating the amount of jewelry and cash people are still travelling with? Does the DoE pay atrociously? Just some sort of peculiar thrill-seeking thing?

My first thought was some kind of voyeurism.

Perhaps they have limited edition offerings or some higher end retail-only stuff that they don’t use for online shopping peons; but their catalog doesn’t make a terribly strong case for stealing one. Visually distinctive and priced neatly into the zone of things expensive enough to make felony level charges a real concern but cheap enough(especially after the transition from new to used and a few flights worth of abuse) to seem like a really bad return for the risk.

“Uncertain of what to do, they took the toddler route and attempted to put Eggos in the VCR to hide the fact they had first attempted to flush a phonebook.”

Is it just a felony because of it being an airport?

A felony warrant was issued for Sam Brinton, deputy assistant secretary of the Office of Spent Fuel and Waste Disposition in the Biden administration, sources said. The charge is for grand larceny with a value between $1,200 and $5,000, records showed.

A Vera bag itself is worth over $1000. In the first crime, he threw away the contents and started using the bag.

Clearly an idiot who should be fired. It’s bad enough to be a thief. Even worse to think you won’t get caught since airports probably have a higher number of surveillance cameras than most other public buildings.

Sounds like a crime of compulsion, not of need. If so, sad that it ruined a carrier.

Depending on which carrier they flew on (Frontier? JetBlue?) it was probably already ruined. But they definitely ruined their own career.

Their job at the DOE involved the management of spent nuclear fuel. Not someone you’d want to have associated with theft, compulsive or otherwise.

Even worse to think you won’t get caught

This is the second luggage theft this person is accused of so they clearly knew it was possible to get caught.

Their job at the DOE involved the management of spent nuclear fuel. Not someone you’d want to have associated with theft, compulsive or otherwise.

Hence the loss of their clearance. Clearly compromised and potentially dangerous.

I once had somebody accidentally take my luggage. I figured it out when somebody else’s luggage that looked exactly like mine was the only luggage from my flight remaining.

The kicker was when I called them from the number they had on their luggage tag they didn’t believe me. Eventually they believed me when I said “how else do you think I know your phone number and can exactly describe your luggage?”

I heard about this story last week. Sounds like they had a lapse of judgement and that it would be easy/guilt free to just walk off with a nice bag.