Whoa, whoa, whoa - let’s not rush to judgement here. The entity behind this could have been any government that had a bone to pick with someone who had betrayed Russia and had a long history of killing Russian dissidents living in the UK. I mean, the list of suspects is so long!

If it’s not careful, Russia is going to jeopardize its reputation as a reasonable state actor with an interest in making the world a better place.

May will get a call from the Orange One.

I somehow doubt that solid proof that it was Russia will be found, though it’s not impossible. But assuming proof were found, what then?

I’m sure a brand-new user with a vaguely British-sounding given name and surname connected by an underscore will be stopping by here any time now to back you up. “Bits me” why they show up when we already have established Useful Idiots here.

Also, re: the Putin interview video:

Russia's leader is criticised for suggesting Jews and others may have been behind US poll interference.

Honey badger doesn’t give a shit. It just takes what it wants.

I somehow doubt that solid proof that it was Russia will be found, though it’s not impossible. But assuming proof were found, what then?

Novichok (Russian: Новичо́к, "newcomer"/ "newbie"/ "novice, beginner/ new boy") is a series of nerve agents developed by the Soviet Union and Russia between 1971 and 1993.[a] Russian scientists who developed the nerve agents claim they are the deadliest ever made, with some variants possibly five to eight times more potent than VX, and others up to ten times more potent than soman. They were designed as part of a Soviet programme codenamed FOLIANT. Five Novichok variants are believed to have ...

If it really was a Novichok compound, as has been reported, then it’s 99% likely Russia, even ignoring everything else about the victim .

As for “what then”, well, I’d think things like demanding Russia to turn over everyone involved in this, and threatening new sanctions on them, would be pretty reasonable.

When the story of the assassination broke the Russian embassy actually tweeted its motive.

He was actually a British spy, working for MI6 https://t.co/PPAcE8a9vz

This isn’t the “covert/maximum deniability” kind of spycraft. This is Russia sending a public message.

If anything comforting can be taken from this for the US it’s that 45 isn’t anywhere smart as Putin.

As for “what then”, well, I’d think things like demanding Russia to turn over everyone involved in this, and threatening new sanctions on them, would be pretty reasonable.

That’s kind of what the problem is. Russia will deny anything, and as far as efficacy of new sanctions that’s not something i’m knowledgeable on but i don’t think Russia is too worried. But hey if they do work great.

Uh, yeah. VX is a nasty little agent, hard to manufacture, and extremely dangerous to try and smuggle internationally.

It’s also, you know, a chemical agent that’s banned under international law, and is classified as a WMD. Use by another country, even in a targeted attack, is very much an act of war by any rational definition. Possibly also an attempt to drive a further diplomatic wedge between the US and the UK, since we all know Trump won’t say a word about it or do anything, publicly embarrassing the UK as one of their biggest allies refuses to stand by them in a moment of crisis.

Using this shit and then “smirk and wink”-ing is them saying a LOT - but most importantly that they’re opening the door to the Cold War days of assassination and brinksmanship.

Which is insane, and probably tells us that Putin is getting worried about being able to hold onto power in Russia, so is upping the ante in order to keep everyone too scared to pull him out of power. Which is a dangerously stupid game at the best of times, so we’ll see how well that works out for him.

so we’ll see how well that works out for him.

I’m hoping he goes out roughly like Scarface did.

Putin doesn’t have any obvious reason to worry about holding onto power. His biggest problem is getting a decent turnout in the presidential election, because people can’t be bothered to vote when everyone knows who is going to win. 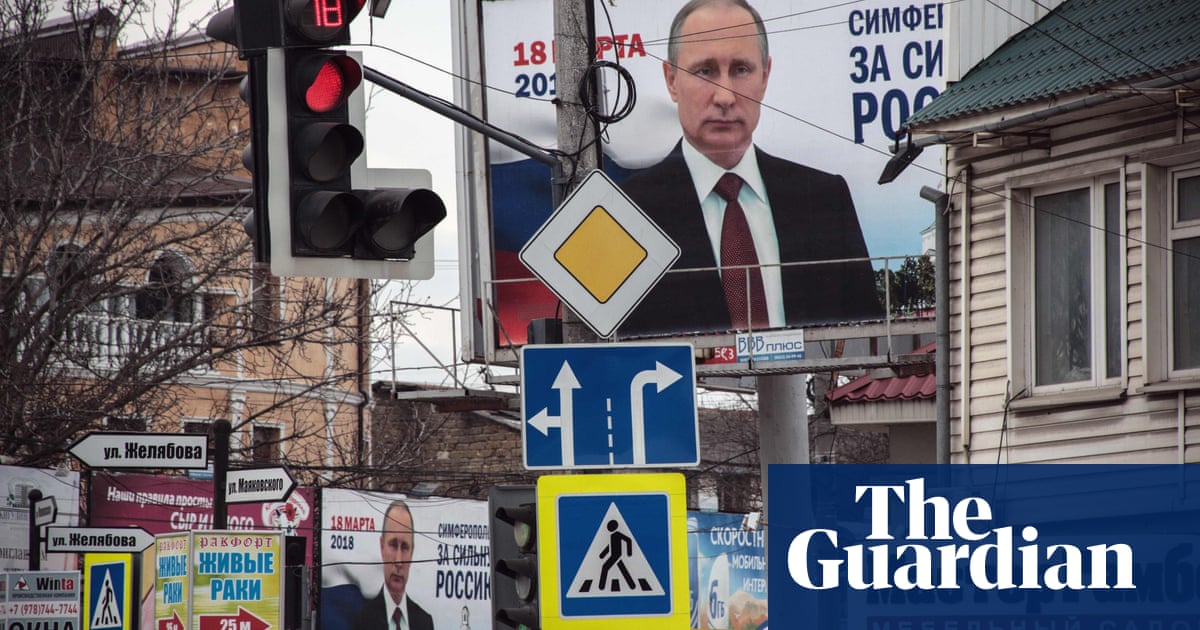 It’s not about the elections, because we all know that the Russian system is rigged to let the oligarchs’ current favorite win.

The tricky bit is balancing the needs of all the oligarchs, and Putin… Honestly hasn’t been doing a great job of that. Trump wasn’t the coup they thought he’d be, for example; in fact, he’s bringing a LOT of heat onto the Russians, and that in turn is putting a lot of really, really unwanted attention on the various oligarchs’ international dealings, which puts those in extreme jeopardy.

No, I think he’s in a lot of trouble “behind the curtain” at the moment, and we won’t see any indication of that until he either vanishes or suddenly decides to retire, at a full run, to somewhere he can quietly disappear and spend the rest of his (likely fairly short) life looking over his shoulder.

I’m not sure if he (as opposed to Russia) in all that much trouble . Due to his control of the state security and regulatory apparatuses, the oligarchs do business at Putin’s sufferance, not the other way 'round. Il Douche actually getting elected was a case of expectations for the disinformation and meddling being exceeded (with big assists from various stupid and complacent Americans).

Where he might have trouble is with young people, who’ve basically known nothing but this autocrat all of their lives and who don’t remember the bad economic times that Russia experienced in the 1990s. When they get bored with him (and his concerns about turnout indicate that’s starting) he’ll just go the Xi Jinping route and just formalise his role as President/Tsar for Life.

Putin is also relying on his tame media. They will spin any reaction from the U.K. as being a hostile act against poor, innocent Russia; stoking up xenophobia and ensuring the population remains behind him as he siphons off yet more of the country’s wealth.

Putin needs foreign enemies because his domestic record is mixed at best. For all the chest beating about being a world power, Russia has a smaller GDP than Australia (and no killer spiders) and makes absolutely nothing, apart from weapons, that anyone wants to buy. In a few years, Europe will be consuming American natural gas and with it, Russia’s biggest source of income collapses. Putin daren’t confront the truth that Russia is a declining power and increasingly irrelevant as China and India continue their rise.

Its not just the elections that are rigged.

It's hockey night in the Russian Federation, and some observers say recent controversies in the KHL — Russia's professional hockey league — have resonance off the ice.