Though you can’t tell Julian Assange that. Literally. 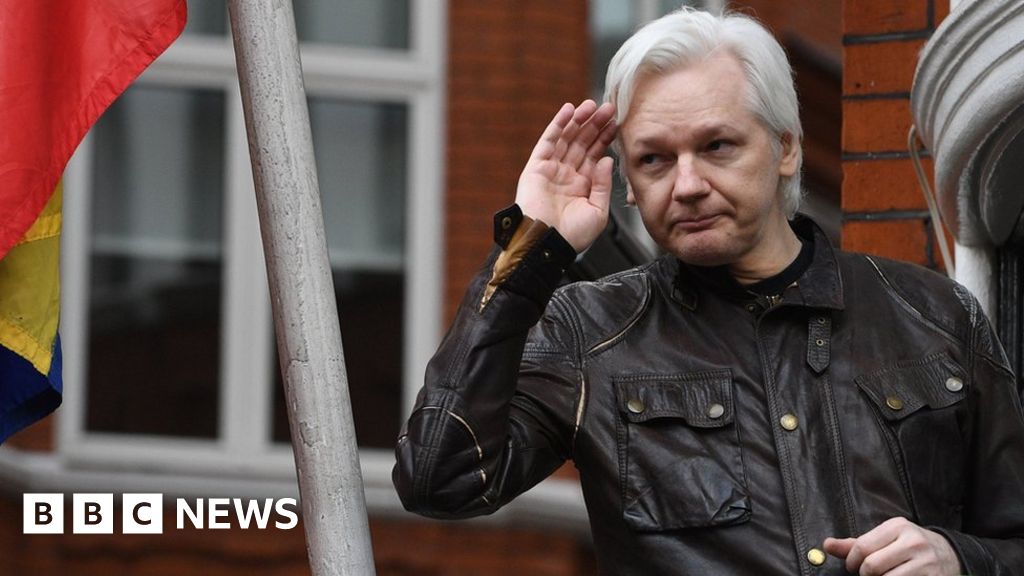 Ecuador says the move is to prevent the WikiLeaks founder from interfering in other countries' affairs.

On Monday, Mr Assange used Twitter to question the decision by the UK and more than 20 other countries to retaliate against a nerve agent attack on Sergei Skripal and his daughter Yulia in the UK city of Salisbury by expelling Russian diplomats.
Skip Twitter post by @JulianAssange

UK Foreign Office minister Alan Duncan responded to his comments by branding the Australian a “miserable little worm” who needs to turn himself over to authorities.

“Allegedly”. Please remember “allegedly”. Or did I miss the court case?

“Allegedly”. Please remember “allegedly”. Or did I miss the court case?

There are no arraignments under Moscow Rules.

Are you seriously expecting the FSB to be brought to trial somewhere?

You have to prove there was no court case.

The whataboutism, obfuscation and fig leaf denials have already started.

Stand by for some of that in this very thread from brand-new users.

That’s a basic ethical principle and I see no good reason to deviate from it in this case. This is a murder case and will be investigated and, if possible, prosecuted by the police. Or do you think the British police is just sitting down and doing nothing?

Does this replace the suitcase theory and the car vents theory?

If the Russian secret services wanted that guy dead

I’m sure one of the previous commenters can easily answer these questions, since they are obviously experts, or even psychics, capable of determining without a doubt the perpetrator of this crime without even examining the evidence.

And if you, surprisingly, can not answer any of these questions, go dig up my comment history and denounce me as a Russian bot.

In practise the word “alleged” in reporting used to protect individuals and corporations involved in ongoing criminal matters until a verdict is reached. When you’re talking about a nation-state that’s not being taken to the Hague it’s not a big deal in journalism to go without it.

People are careful to say “allegedly” when they would otherwise imply they have proof that a specific individual committed a crime. It is about presumption of innocence, a right that attaches only to individuals, not to governments.

Well, where’s the evidence which will stand up in a court of law?

If the Russian secret services wanted that guy dead

The general assumption seems to be that Putin outsourced this particular hit to contractors who don’t have the discipline and professionalism of the FSB or GRU and ended up spreading the (rare and Russia-specific) military-grade nerve agent all over the place, injuring hundreds without actually killing the intended target. Amateurs!

The purpose of an attack like this is to send a message to current and former Russian intelligence agents and to opponents of Putin’s regime: if you betray us, we will get you wherever and whenever we want. It’s not surprising, coming from a regime made up of spies, kleptocrats, and actual gangsters.

who has, since 1990, moved their troops within spitting distance of whose border? NATO towards Russia, or Russia towards NATO?

The troops were moved only in the sense that former Soviet republics and Warsaw Pact countries chose to join NATO after the collapse of the USSR, which was their right as sovereign nation-states.

who has today announced a plan to "improve the infrastructure, like bridges, to move armoured columns more easily? Russia, or the EU?

I’m guessing it’s the EU. Given the hostility to the West and expansionist tendencies of Putin’s regime (see the work of Dugin), I can’t blame them even if it strikes me as a bit of an over-reaction.

Well, where’s the evidence which will stand up in a court of law?

As I said, there is no court of law involved. The UK isn’t taking Russia to the International Court of Justice, they’re retaliating diplomatically and unilaterally based on very strong circumstantial evidence. As for media outlets, Putin is welcome to file defamation suits to his heart’s content.

I hate to be a pain in the ass, but I’d like to repeat my previous question: Where is the EVIDENCE that Putin was behind this?

Mind, I’m not saying that he wasn’t. I don’t as such have evidence that Putin didn’t do it. But where’s the actual evidence that he did? Until we have that, such as will stand up in court, everything is speculation.