There was a time about 20 years ago that I actually had respect for Scalia after watching his participation in a series of videos called Ethics in America produced by the Annenberg Center for PBS [Full series available online - highly recommended]. He was a panelist on several of the episodes and came across as reasonable, conscientious, and moderate.

Since then he’s demonstrated his true, reprehensible colors.

He’s known to scowl at guests, and is suspected of licking the filling out of Mendl’s pastries on at least three occasions.

Anything he decides on contraception and abortion is suspect. His wife has been, and still might be, a paid employee of a pregnancy crisis center. She was very actively anti-abortion in the past. Current information is being scrubbed from the 'net as I type this. http://www.salon.com/2014/04/21/scalia’s_recusal_dilemma_is_he_conflicted_on_antiabortion_“sidewalk_counselors”/

For anyone who has any questions about Scalia. Here’s this from 2011:

WASHINGTON -- The equal protection clause of the 14th Amendment to the U.S. Constitution does not protect against discrimination on the basis of gender o...

Well worth the short read.

The beliefs, articulation, his ability to reason into the ‘unknown’, gray and fuzzy areas, which require significant resources, to tap are gone.

All that’s left is the low energy pathways which have consistently been tread: conservative, oft-repeated, echo-chamber beliefs.

The entirety of the problem could be that we place people at the end of their life in such a highly regarded place where all they can really do is reproduce traditional, common sense, view points.

There’s a reason why the cliche about liberals being young and conservatives being old continues to perpetuate, and it has nothing to do with the validity of either position.

Progressive thought that strays from the mainstream, if properly examined, requires more attention to detail thann conservative (as in the status quo).

Conservative choices are optimal ways to reduce the liabilities that come from their implementation. The easiest way to escape liability is to point to prior art, and say “well, this is how we’ve always done it.”

This is of course to make it known that the world is often affected by more than just liberal/conservative bias, but also the physical limitations any type of thought process has on the human rational decision making apparatus.

What? Any explanation of what this is or what it is supposed to mean? I know it is Scalia and about Hobby Lobby but why is he “Hobby Lobby Boy” when he was only one of the justices who found for them? Why is he wearing that hat? Why is he a Hobby Lobby Boy?

Heck of a job…

I’d like to think that it’s that simple but I suspect the reality is he’s always been deeply conservative but was forced to moderate his opinions early on in his career for political reasons.

Now, with a lifetime appointment he just doesn’t give a fuck and interprets laws based on his deep rooted ideology and is purposely looking for ways to derail any and all social progress made in the past 80 years.

Yeah, I suppose it’s what passes for a snarky takedown or sendup or something.

Because I guess it’s inconceivable to some people that someone might disagree with them on an issue or something.

Right, but we can have both, which is what I’m itching to say.

I guess, I’m from the vantage point that unless we declare a large swath of people complete sociopaths, what one says versus what one thinks can be very instrumental in understanding how people arrive at their decisions.

And the deep rooted ideology is nothing more than a series of common beliefs that have been repeated by others enough that they make perfect fall back when your rational processes become inefficient in making decisions.

It’s just a nuanced to point out that we have a systemic problem with our Judicial system, because it’s biased towards conservative ideologies, for the very fact that as people age, conservative beliefs are those which are easiest to ponder on the physical system we rely on.

If we wanted justices who could fathom a better process to adjudicate the laws, we’d do what google, or apple does and descriminate against the elderly. This, of course, has it’s own systemic flaws.

The solution of course, would be to choose a mixed bag of life time appointment and perennial appointments.

Edit: Just wanted to propose that we allow one lifetime appointment per president, and a perrenial appointment at anytime that the current number of justices on the supreme court are less than 9 or and even number.

Good God Man! A reasoned and balanced viewpoint in the comments section? Unacceptable!

I do find it interesting we spend a lot of time arguing about the result of the process, and not much time (visibly) on how the process itself is biased.

I do regret that discrimination for the wisdom of the elderly, is a deep rooted ideology. One that may need to be examined, but unlikely to be overturned due to the entrenched nature of the elderly.

I’m sure as I grow older, it’ll make more and more sense, no doubt.

The problem is that BOTH sides have “deep rooted ideology.” It is rather hypocritical to point a finger and say “you have ideology, I have truth.”

With that being said, I still do not get the uproar over this issued. Nobody is saying that women can’t do what they want. All this means is that a woman’s boss does not have to pay for it.

And the uproar is that it’s:

You see, there’s a difference between those two, and the deeply held belief is that religious rights should be elevated over a rational idea of what corporations are allowed to do to avoid federal laws.

That is to say, the court believes in this decision, that we err on the side of deeply held belief, and forgo discussing a rational idea of what corporations are.

I think there is a happy medium in respecting age, experience and wisdom without fetishizing it. Minimum age to be a U.S. Congressman is 25. U.S. Senator is 30. President is 35, for heavens’ sakes. Every single Supreme Court Justice is more than twice the age necessary for becoming a Congressman. Four are more than twice the minimum age for President. Yes, some people lived into their 70s and 80s back when the Constitution was written, but in general the wisdom of age was understood to come around 40, not 80. I doubt the Founding Fathers expected “lifetime appointment” would mean Justices would stay in power for 20-30 years. (There are several years’ worth of citizens who are now eligible to run for Congress who were born AFTER Scalia became a Justice.)

Having said that, the oldest justice is actually Ginsburg. Age does not automatically infer mental decline!

All this means is that a woman’s boss does not have to pay for it.

But he’ll pay for Viagra or penile implants.

I still do not get the uproar over this issued. Nobody is saying that women can’t do what they want. All this means is that a woman’s boss does not have to pay for it.

The “I should be able to run my business any way I want!” school of thought has long been invalidated by the courts. You can’t engage in sexist hiring practices, you can’t ignore minimum wage or labor laws, you can’t refuse customers based on the color of their skin, you can’t force employees to adhere to your religion, etc. etc.

I’d much prefer to have a system where health care was guaranteed for all citizens regardless of employment status, which is how pretty much every other developed country in the world does things. But since we’re currently stuck with a system where health coverage is more or less tied to who you work for we need strong legal protections to ensure that health care decisions aren’t based on religious beliefs that employees may not share.

If my boss is a Jehova’s Witness that doesn’t mean I should be denied coverage for life-saving blood transfusions. If my boss is Muslim or Jewish I shouldn’t be denied any medications derived from pig products. My life, my body, my decision.

Besides, Hobby Lobby hasn’t even been consistent on this issue. They’re happy to pay for treatments related to recreational sex as long as the employee has a penis: 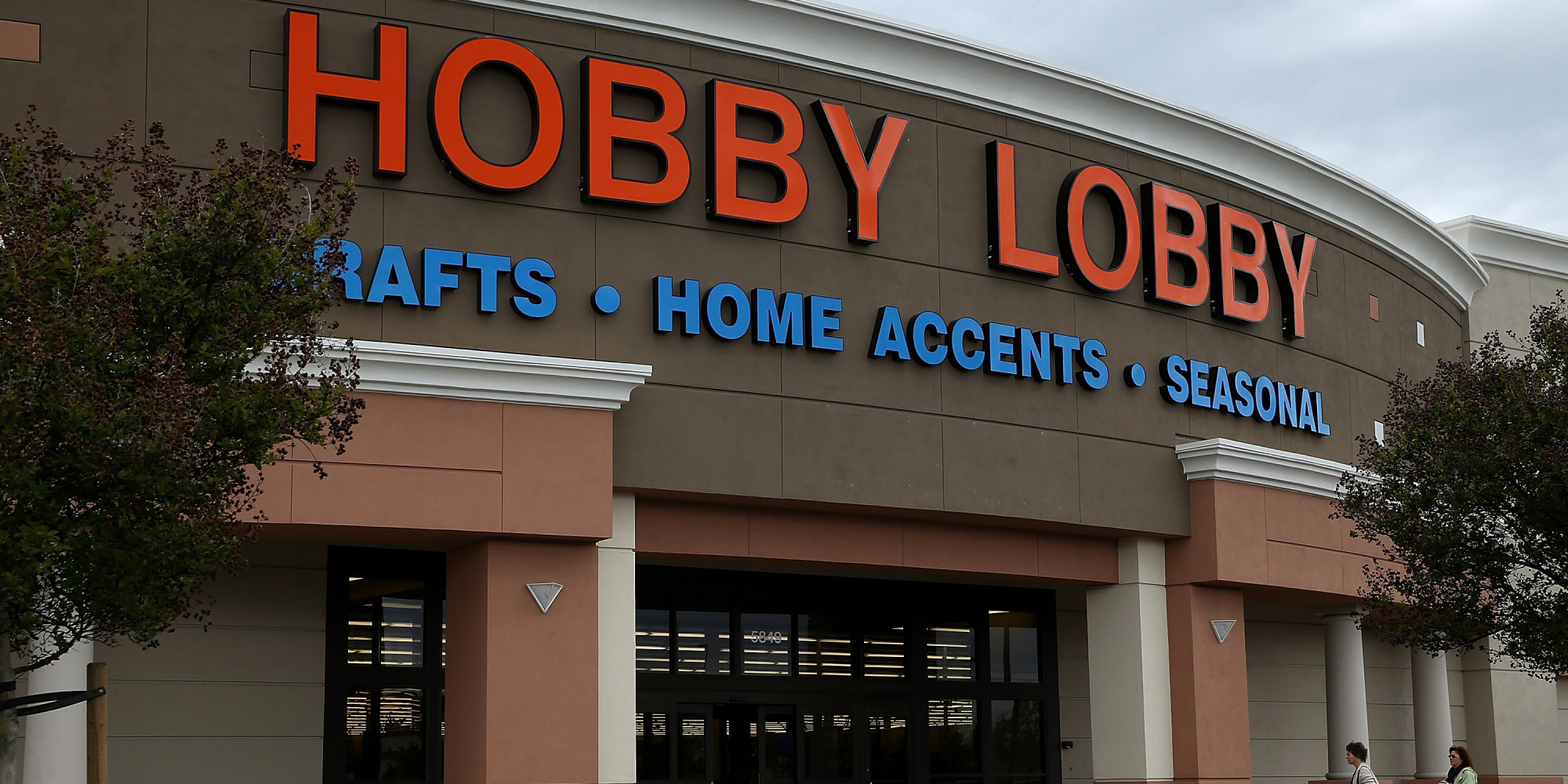 Hobby Lobby -- now free to drop emergency "morning after" pills and intrauterine devices from its workers' health insurance plans -- has given no indicat...

I will submit, certain personality types which are prone to take their time in rational thought can overcome much of the physical nature elderly decline. There’s also a wide variety in capacity of thought that hinders objective assessment of faculties.

But there’s still a correlation that creates the systemic problem of conservative ideology (and, i simply mean as opposed to progressive).

The solution of course, would be to choose a mixed bag of life time appointment and perennial appointments.

There are interesting incentives that come into play with different kinds of appointments. Most Presidents want to have as long-lasting an impact on the Supreme Court as possible, so the incentive is to appoint a young (and likely less-experienced) Justice who can linger on for half a century or more. A renewable appointment creates incentive for the Justice to keep the current occupants of the White House happy.

I like the idea of a one-time 25-year-term appointment. That way the appointee would be insulated from political pressure, and a President could appoint a Justice old enough to have a proven track record but young enough that they wouldn’t be fighting senility by the end of their term.