So . . . it’s a Scientologist doing a pro-military propaganda piece, and I’ve already seen all the interesting fight scenes, so is there any reason to go expose myself to the ongoing pandemic for this movie?

Maybe if they just updated this 20+ old video and crank the sound it would be just as much fun to watch. Van Halen Dreams Original Blue Angels Video - YouTube

On one hand, seeing it theaters gives you the vrooms and the grunting in IMAX.

OTOH, watching it at home lets you fast-forward every scene with Tom and Jennifer Connelly. They are useless, and sound like they were co-written by Tom and one of Jennifer’s stalkers. You can cut about 45 minutes out, and not miss a thing!

I haven’t seen the movie, and probably won’t any time soon, but I have had a crush on her since The Rocketeer.

I can’t be the only one thinking that Val Kilmer may have signed a contract stipulating that he would be paid six figures for every word he actually had to speak.

No, because you can just rent it from <pick your streaming service of choice>.

I can’t be the only one thinking that Val Kilmer may have signed a contract stipulating that he would be paid six figures for every word he actually had to speak.

It wasn’t even his voice in the film, it was his son doing voiceover. Kilmer still can’t talk without an electrolarynx. (And it’s a damn shame what fate did to him. He’s so talented he steals the scenes with him and Cruise just by emoting.)

It wasn’t even his voice in the film, it was his son doing voiceover. Kilmer still can’t talk without an electrolarynx. (And it’s a damn shame what fate did to him. He’s so talented he steals the scenes with him and Maverick just by emoting.)

Oh! Yikes. I was quite unaware.

Since 2015 Kilmer has privately struggled with throat cancer; he had a procedure on his trachea that damaged his vocal cords to the point where he had extreme difficulty speaking. He also underwent chemotherapy and two tracheotomies.[3][4][5][6] In 2020, he published his memoir entitled, I’m Your Huckleberry: A Memoir.[7] His struggle was captured in the 2021 documentary entitled Val which documented his career and health issues.

(I had most recently watched that documentary about the abysmal failure of The Island of Dr. Moreau which, uh, did not portray him in the best light.)

There’s behind the scenes footage of Dr Moreau in the Val movie taken by Val himself. It frequently shows him and Frankenheimer arguing. Val is definitely shown as being a diva (and to be fair, he was having some major personal issues at the time), but Frankenheimer’s behavior toward Val bordered on abusive. He also seemed to have a great rapport with Brando.

Val is a really interesting documentary — weird, wonderful, and heartbreaking all at the same time.

Yes, the comparison between the climax of this movie and the trench run from Star Wars is unavoidable… but so is the fact that the trench run was directly inspired by Dambusters, which tells the true story of a remarkable mission from World War 2. So now someone should splice all three of them side by side… 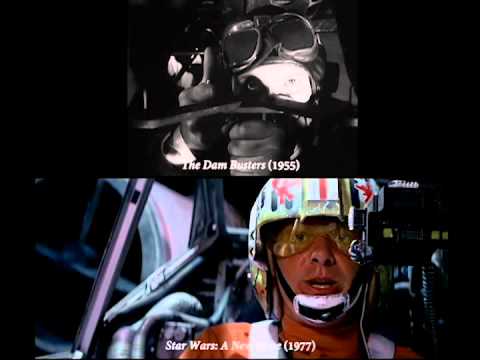 If you can put aside the batshit crazy Scientology portion of his life (which is hard, I realize) you’ll find a very good performance in an extremely well-crafted action film with an exciting and even moving finale 30 minutes. And unlike the original TG, this is actually about something (forgiveness, redemption, acceptance) while - yes - at the same time a bit of a propaganda piece.

As far as covid goes, if you’re vaccinated and/or previously infected, there’s little reason to be concerned. Go in the morning, wear a k95/n95, etc etc. If zero-covid is your thing, rent it on iTunes (still plays well, but not nearly as much fun as on the big screen).