COINTELPRO (an acronym for COunter INTELligence PROgram) was a series of covert, and at times illegal, projects conducted by the United States Federal Bureau of Investigation (FBI) aimed at surveilling, infiltrating, discrediting, and disrupting domestic political organizations. FBI records show that COINTELPRO resources targeted groups and individuals that the FBI deemed subversive, including the Communist Party USA, anti-Vietnam War organizers, activists of the civil rights mo The FBI has used ...

If you want a lot of outraged deep reporting on the suppression of American dissent, I recommend:

J. Edgar Hoover: The Man and the Secrets by Curt Gentry.

Some time around 1989 the Chinese Communist Party entirely ceased to be Communist and became Fascist. It’s quite a remarkable thing.

Other harassments are not so quiet: 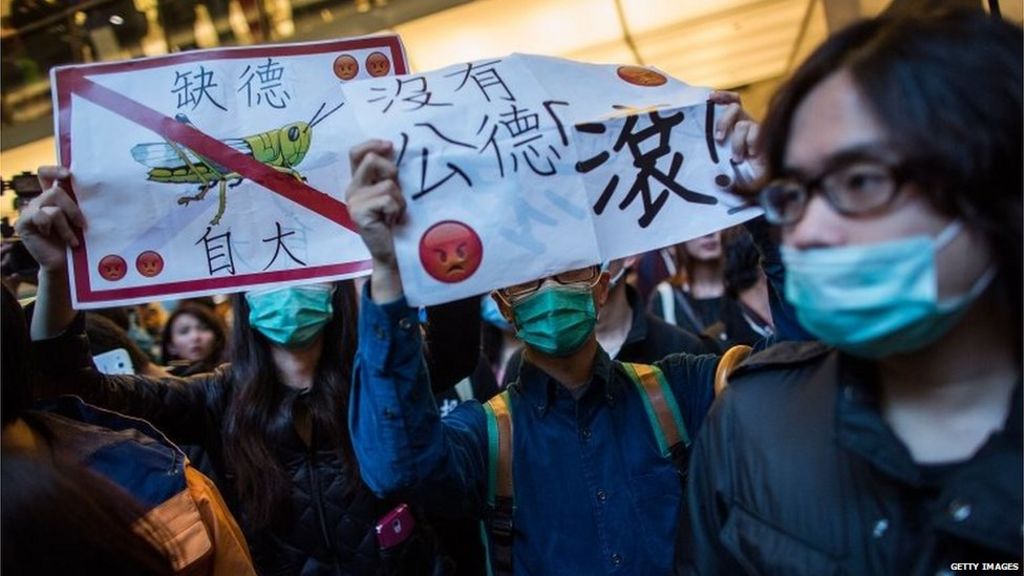 Images from Hong Kong where angry protests broke out on Sunday in a shopping centre over shopping tourism by mainland Chinese.

This manner of tactical and strategic approach has a number of distinctive pain points for the totalitarian system of China:

This means that it effects the stabalization of all quarters of the society, because when society’s authorities flagrantly operate in clearly, universally criminal actions that sends a deep message to that society and deeply effects how each individual considers the validity of their laws and authorities – even when those laws may be entirely necessary, such as laws against murder and property theft.

Invariably, increases in crime happen, to put another way, and every manner of crime.

That is, outsiders who are objective might well be able to detail “how China is moving forward” from their old, very broken system compared to “how China is resisting moving forward”. Obviously, in these human rights departments, as well as in so many areas, they continue to fight against inevitable change, which is as loosing of a battle as a child resisting education necessary to get along in the world.

Their authorities are lost, that is, without basic understanding of “which end is up” and “which direction is forward”. They couch this lostness in a wide variety of justifications and meaningless “party” talk. But the simple fact is: their authorities are grossly inept at running their state, and that will always come back to hurt them. If they continue in their willful ignorance, inevitably the system will collapse. As it has a few times in the past. Very possibly that collapse may not be revolutionary at all, but most likely economic.

It is a wonder that the leaders just did not ‘disappear’ mysteriously or that they were just simply assassinated.