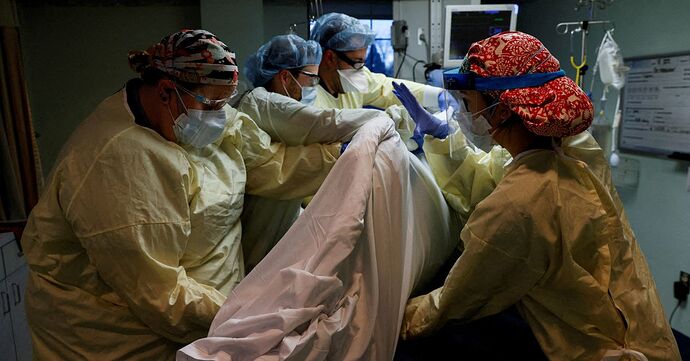 Hospitals across the United States are postponing elective surgeries to free up staff and beds due to a surge in COVID-19 cases driven by the highly transmissible Omicron variant of the coronavirus.

Yep. The wife’s hospital has been working that way for over a week now, the beds have been converted over for COVID and the nurses have been reassigned.

The wife came home today and said they have 98 in the COVID ward today, down from 103 yesterday. “That’s good right?” said my kids. “No, it’s not” said the missus.

I posted this to pick up on another topics discussion where a doctor had recommended triage for admissions which would de-prioritize un-vaccinated people.

I have to wonder what the fallout of delayed surgeries. Hopefully that does not put others at greater risk.

They shut down non-emergency surgeries in mid-December here. My mom’s got pushed back to at least March. 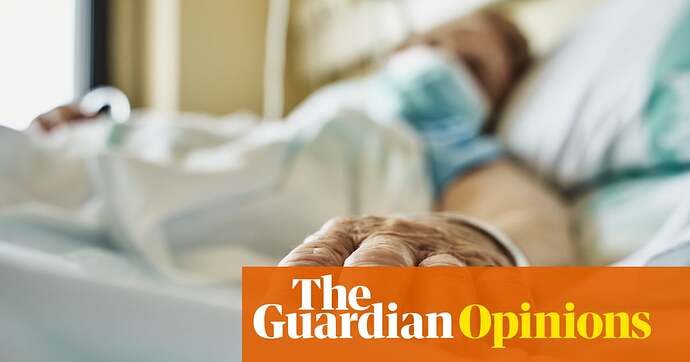 My bile rises as I’m asked to move my dying cancer patient out of ICU to make...

I understand that for a chance at survival, the Covid patient needs a ventilator, but in a career filled with ethical dilemmas, this one really tugs at me

She’s very unwell, he says before getting to the real point.

“I am asking you if we can make an early call to palliate and discharge her from ICU.”

My disbelief must be open because it prompts the rueful explanation that a Covid patient needs an intensive care bed.

The pieces fall together instantly. With intensive care at capacity, I am being asked to move my patient to make room for another. “After all, your patient does have incurable cancer.”

My bile rises. And even as I know it’s a petty question, I can’t help asking: “Is the Covid patient vaccinated?”

Yeah, this is affecting me. While my thoracic surgeon and his staff are not backed up, I’m reluctant to have the surgery in case the icu has a surge the day of the surgery, or there is a staff shortage during the week or so of recovery.

I’m getting evaluated for cataract surgery in two weeks, and I hope I can still see out of my right eye by the time they cam schedule the procedure. Binocular vision is so useful! At least this procedure only take about 1 1/2 hours and you can go home afterward.

I clicked a little button that animated a little heart, because I thought your post was informative, and adds to the discussion. I felt really sad while I did it though. 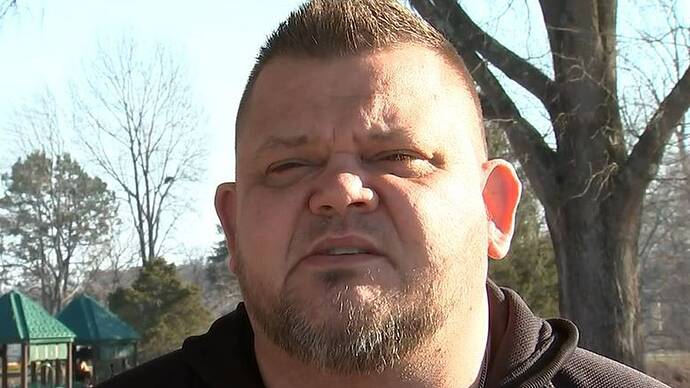 Chad Carswell told Channel 9′s Dave Faherty his kidney is only operating at about 4%. He said he has more than 100 people willing to donate a kidney, but because of his vaccination status, that won’t happen.

Another transplant denial based on vaccination.

That story is a bit odd. He’s been on the transplant list for over a year, he had covid in September 2021 that put him in the hospital.

Reading his Facebook page he’s fighting really hard to stay alive so it’s odd he won’t take the vaccine to aid in that fight, not only because of the kidney denial but because he appears to want to stay alive despite his die free comment.

The other odd thing is he’s been on the list since before the vaccine, and transplants have required covid vaccination since around last fall so why is he just now being told of the requirement? And why did the hospital do all the testing knowing he wasn’t vaccinated? It seems he was still on the list at the end of last year.

He was at a transplant clinic in November after he appeared to recover from covid. I thought there was a waiting period after an infection before vaccination especially if he had monoclonal treatment.

Of course he should get vaccinated (should have been vaccinated last spring if his doctors were recommending it) but this appears to be another more to the story story.

Here’s more of his personal story if anyone is interested. 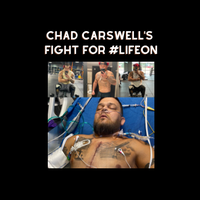 Chad Carswell's Fight for #LIFEon. 814 likes · 10 talking about this. Join Chad in his fight for finding a living kidney donor and his deep passion for motivating others through #LIFEON. Follow this...

It’s not just the Covid vaccination that’s getting these people dropped off the list. They are proving that they are unlikely to comply with the grueling regimen of immunosuppressants given to transplant recipients for the rest of their lives. Heck-he’s going to trust some doctor to cut him open and remove his kidney, then attach someone else’s kidney to him. He must have been told that he needed all kinds of immunizations before the surgery could take place, so he was as prepared as possible for life as a recipient. So why is this one vaccine such an issue? This kind of story is getting pushed by the right wing nut jobs as a way of garnering sympathy for the “poor, oppressed anti-vax community”.

This kind of story is getting pushed by the right wing nut jobs as a way of garnering sympathy for the “poor, oppressed anti-vax community”.

To me its one more “what an asshole” story.

I have less than zero sympathy for anyone needing an organ transplant, yet refuses to be vaccinated. They are choosing to die because they believe peddlers of easily debunked bullshit and conspiracy theories over the actual medical experts trying to keep them alive. They deserve what they get.

Rubbing my thumb and index finger together to play my tiny violin for him. After he curls-up his toes and assumes room temperature it can be said he “owned da libzz”.