The most troubling thing about this : the defendant (while claiming to be victorious, even though he won no judgement*), is setting up a $1 million fund to pay for anyone else who wants to sue Mother Jones (or any other members of the “liberal press”) in the future.

Actually, he was the plaintiff.

This tactic has always been possible. Is it only recently rich litigants discovered the war of attrition approach? Or is there a reason it’s more noxious now? I wonder if there’s any simple solution?

Why am I laughing at the GOP?

VanderSloot spent millions attacking Mother Jones, its writers, writers for other news organizations, claiming that Mother Jones had defamed him when they reported on his homophobic practices.

There’s a small bright spot: being anti-gay has become so unpopular that many high-profile figures don’t like being called out on it. It may not change their behavior and certainly won’t change their attitude, but it does highlight that they’re a rapidly dwindling minority.

Unfortunately they can still do a lot of damage as long as money equals speech.

I wonder if there’s any simple solution?

In England the looser pays litigation costs for both sides but that seems to only prevent the middle class from bringing any suits.
In these cases it’s not easy but the defendant really should be going after those costs from the plaintiff when the plaintiff is monied and vindictive.

I hate this crap. Especially since I know exactly how easy it is for the big company./rich person to unleash the lawyers with a call.

This is another reason that publications do the “Both sides do it” and the “We’ll have to leave it there” and don’t correct the lies.

We are all going to subscribe to Mother Jones now, right? Right?

Why can the magazine not get legal fees paid for by the complainant–isn’t this the very thing the SLAPP law was meant to take care of? Anyway, yet another reason (as if we needed one) to undo the disgusting concentration of wealth in so few hands. Any asshole with a billion dollars can really hurt an institution’s ability to function, for what is to them essentially pocket change.

VanderSloot responded by placing a full-page ad in the newspaper outing the reporter as gay, and saying that the reporter had trumped up the story to discredit the Mormon church and the Boy Scouts, who had maintained a policy of keeping gay people out of scout-leader roles.

This implies it was the same newspaper that employed the reporter. The Newspaper was ok with an attack ad on it’s own employee? WTF?

Counter-sue for A LOT of money?

Lawsplainer: The Proposed Federal Anti-SLAPP Act: What It Would Do, Why It's...

Last week, two members of the U.S. House of Representatives introduced the SPEAK FREE Act of 2015, an effort at a federal anti-SLAPP act.

If we can have a floor on how low someone’s compensation can be before a law is broken, maybe we could also put a cap on how much money someone can make. That amount could be a lot more than you or I could imagine ever needeing, and still make a difference. I’d argue that beyond a certain income, an individual stops being an asset to the economy, and actually starts to drag. This guy’s a good example.

If we can have a floor on how low someone’s compensation can be before a law is broken, maybe we could also put a cap on how much money someone can make. That amount could be a lot more than you or I could imagine ever needeing, and still make a difference. I’d argue that beyond a certain income, an individual stops being an asset to the economy, and actually starts to drag. This guy’s a good example.

It’s a good concept, but there are problems.

The poor folks who work minimum wage jobs are not owners, they’re employees.

But, the CEOs and other obscene earners are almost always shareholders or outright owners. When you own the company, the Feds can’t tell you what to do with the bottom line.

In that position, those profits are yours if you decide to pay yourself. The business is literally your machine that makes money, and the money it makes belongs to you and the other shareholders. The owners decide what is done with the property.

Courts will be extremely reluctant to infringe property and ownership rights so blatantly.

And I do support higher minimum wages.

Firstly, it’s a worse in common law Europe: we have to deal with a world where press freedom is not really a legally important concept. But. Do you not award costs? In a situation like this it seems most likely that costs would be awarded against the litigant in the UK or Ireland. Is there no master? His case was without merit, it appears to have been vexatious, and he lost. He should have to pony up.

It looks to me that VanderSloot actually won the moral victory! Judge Williamsen ruled that the lawsuit was not brought frivolously or without foundation. After reviewing the facts for two years, read what Judge Williamsen wrote on pages 52-53 of her opinion about Mother Jones’ journalism. Yikes!!!

“Mother Jones describes its articles as ‘smart, fearless journalism,’ ‘ahead of the curve’ and ‘about reporting.’ Contrary to its perception of itself, this case illustrates the non-objective bias of Mother Jones and its approach in seeking out only the negative to support its position; resorting to sophomoric bullying and name-calling to lead the reader to adopt its particular agenda.”

"In 1791, the First United States Congress proposed the first twelve amendments to the United States Constitution, including the cause (in what later became the First Amendment) guaranteeing that Congress would make no law abridging the freedom of the press. The Founders of this country expected that democracy would thrive only if the press was not hindered in its reporting upon the actions of government and the governors. James Madison, in 1825, wrote: “The diffusion of knowledge is the only guardian of true liberty.”’

“But the journalistic model revealed to the Court in the record of this lawsuit is anything but a “guardian of true liberty.” Instead, it is little more than mud-slinging, advertised as journalistic fearlessness, which offers very little in the way of a complete or balanced picture for its readers. Instead of being a leader in educating the people about civil discourse in an era of increased political polarization, the press in general, and Mother Jones in particular, leads the way in demonizing, rather than fairly discussing, those whose points of view differ from its own.”

“Instead of a robust debate which characterized the state ratifying conventions in 1787 and 1788, and should have been the beacon for future political discourse, Mencimer’s email sheds a sad light upon the media’s bitter practices of ad hominem attacks to boost revenue and to focus the reader’s attention only upon the negative, without any balance of any kind. True fearlessness in reporting would allow the readers of this nation to decide the issues for themselves by being given a well-rounded picture of the issue at hand. Slanted journalism fuels only divisiveness. Unlike the Founders’ dreams for this nation, such journalism does not act as a guardian of the democratic republic which gave the press its freedom.”

I’d rather win the actual victory than the ‘moral’ one.

And on the subject (hah!) of objectivity in journalism… 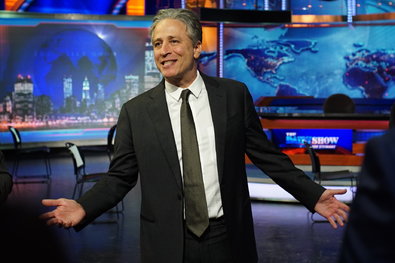 "Objective Journalism" Is an Illusion

Opinion can’t be extracted from reporting. The only question is whether it’s hidden. Stewart made his views clear and his reporting true.

The article reads that there was a summery judgement. But why?

I think maybe MJ won because it is “Reporting News” not on whether the story was based on facts.

This would explain why both MJ and Vandersloot are claiming victory. MJ can hide behind freedoms of the press rules in not disclosing where they got the story, as well as if the story is true. Vandersloot is claiming victory because of something the Judge might have written about bias reporting.

Tax breaks for paying your workers decently? Could be an interesting angle.