How Chicago jacked itself up in the 1860s, and a bear that almost started World War III

“rid itself of sewage and disease.”

Have there simply been that many Morlocks/aliens/vampires/were-people in govt positions over the years or what?

Now that the truth is out…

Why is it that every major (and many minor) metropolitan city has an underground?

Where else are the pizza rats supposed to store their pizza?

I think they meant “20 year effort”

Why is it that every major (and many minor) metropolitan city has an underground?

You can think of a city as being a machine. The machine needs supplies running in, waste running out, and people moving all around, preferably quickly and easily. After you run out of space above ground, you start going under.

We know that good transportation tends to generate wealth. Going under eases transportation. You could probably formalize this in terms of population density, or maybe economic productivity. There is probably some minimum size you need to hit before economics makes it desirable.

You can think of a city as being a machine.

I get all that, the question is why the machine invariably has large intentionally-built-and-then-abandoned portions of itself. That sort of thing tends to get re-used in the normal course of things, look at any cable-conduit running under a street - jam packed! Old steam tunnels end up with all kinds of power or water routed through them, even active sewer lines get fiber hung from their ceilings etc. But next to all that are always vast areas of “other” underground space which lies untouched for decades.
I am deeply suspicious of our new old underlords…

There is also a podcast by 99% invisible on the same subject which goes into much more detail. Also there are lot of photo’s listed on the site. 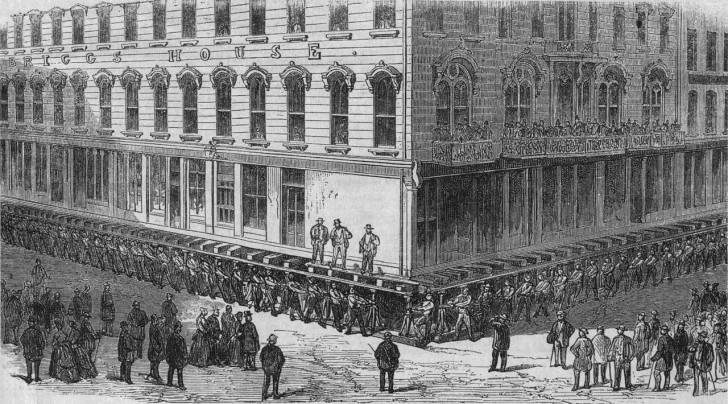 I fell in love with architecture on the Chicago River. It provides a beautiful vantage point to take in all the marvelous skyscrapers. Unlike other cities that cram you on the sidewalk between looming towers. The Chicago River pushes buildings apart,...

What about Venice? Does it have an underwater?

What about Venice? Does it have an underwater?

Yes, actually, quite an extensive one. I’m not surprised that old European cities have them, there’s certainly enough history to account for it! It’s why the young American cities do as well, and generally fairly early on in the city’s growth. Would be interesting to do a chart and see if there’s an inflection point. (Not me, I’m lazy.