How every police officer becomes complicit in a terrible system

I’m glad this got posted to the main site. I was hoping it would.

This is a must-read. The only thing missing is confirmation from Medium that he is who he says he is, but from my own experience it all rings true.

if all of someone’s material needs were met and all the members of their community were fed, clothed, housed, and dignified, why would they need to join a gang?

This is at odds with the crux of conservatism, though. Fundamentally, they believe in Good People and Bad People. The latter must be removed from society, and if a few die in the process it’s an unfortunate cost of business. In conservatism, any need of help is weakness and personal failure. This philosophy runs through every conservative and Republican idea and policy.

Until we get past that, you’ll never get them to agree that things like mental health care or social safety nets might be good ideas. No amount of data from other countries will work. It’s Good People and Bad People, period. With that as your premise, putting your cops in APCs and doubling their numbers makes perfect sense.

It’s Good People and Bad People, period. With that as your premise, putting your cops in APCs and doubling their numbers makes perfect sense.

And if it doesn’t work, it’s simply not enough.

And if it doesn’t work, it’s simply not enough

And if that doesn’t work, it’s not simplistic enough. ALL of the tough questions can be hand-waved with simplistic answers, of course. /s

The Religious Right further complicates this overly simplistic viewpoint. It’s not just that there are Good People and Bad People, but rather, God ordains who is Good and Bad, and rewards or punishes accordingly. As such, Wealthy People are inherently Good People – they are smart, hard-working, and righteous. Poor People are inherently Bad People – they are stupid, lazy, and sinful.

Religion seeks power as they have always exchanged legitimization of power for a portion of that power. Religious charlatans are on full display praising everything about Trump.

if all of someone’s material needs were met and all the members of their community were fed, clothed, housed, and dignified, why would they need to join a gang?

See, this–to me–was where the article failed to reflect reality, because the premise of the article itself subverts it. Substitute “the cops” for “a gang,” and the answer is obvious: some people want power over their fellow citizens no matter the moral and ethical price.

Or substitute “the KKK” or even “Trump Voter” for “a gang.” Some people resent the idea that somebody who is different from them gets to have anything–up to and including freedom to walk down the street without being murdered. And they of course would resent feeding, clothing, and–especially–dignifying those members of the community who are different from them, especially if they’re told it’s going to cost them anything at all, be that tax dollars or the uncomfortable feeling they get from having to face their own racism.

There are, in short, Bad People–it’s just that the Bad People tend to be the same bastards using conservative talking points to protect their power.

The insights the article offers about the broken police culture are helpful for understanding how to dismantle and reform law enforcement. It was hard to read, but worth the time.

For sure! The really poisonous aspect of religion is that it gives a seemingly unassailable legitimacy to whatever belief a person wishes to have.

I’d argue that a lot of (though not all) of those Bad People are not inherently bad, but are made Bad because their lives weren’t treated with dignity — just like in the quote.

There’s no excuse for Donald Trump, though.

FOR ANYONE NOT HAVING THE TIME RIGHT NOW TO READ THE EX-OFFICER’S ENTIRE LETTER, HERE’S AT LEAST THIS TO TAKE IN:

(And I would add, hit ‘record’ on your cell, even if you only manage to capture what’s said.)

Rings true… agreed. My best friend’s brother was a detective in the NYPD. I’ve heard the stories.

For a while I dated a woman who worked for the PBA and got invited to some cop parties. It was an eye-opener, hearing them talk amongst themselves and tell stories like the ones in the article when they thought no “civilians” were around.

I couldn’t agree more. This is a long read but it confirms everything my cousin (an attorney) has told me about police behavior.

See, this–to me–was where the article failed to reflect reality, because the premise of the article itself subverts it. Substitute “the cops” for “a gang,” and the answer is obvious: some people want power over their fellow citizens no matter the moral and ethical price.

I’m not sure that’s necessarily true in the context of the article. Firstly, dignity is included in the list of needs. He (I assume a he?) then discusses how (a) the training resembles a paramilitary boot camp; (b) officers boast about the violence they have imparted and (c ) the good policing he did involved no violence and was more about empathy. I feel that (a) and (b) have conditioned officers to feel that (c ) offers no dignity. Is it any surprise they they seek out encounters in order to oppress?

Even though I am an old school Swedish socialist with a heavy marxist leaning I do think you are a bit unfair to conservatism. The problem to me seems that conservatism today is not very conservative but is rather a radical authoritarian movement. 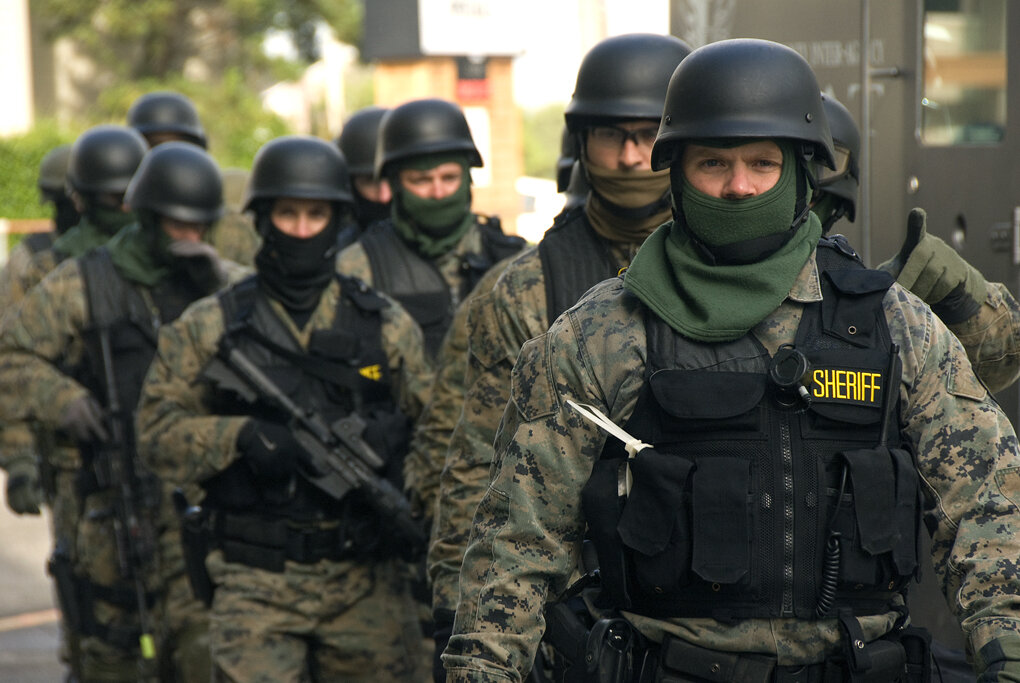 Is It Time to Hit the Reset Button on Policing? — Strong Towns

Get beyond the headlines and recognize that dismantling a police department does not mean there will be no police.

I do think you are a bit unfair to conservatism.

You seem to be referring to some older ideal of conservatism that may well in practice no longer exist. I believe what you referring to is also how most modern conservatives still think of their beliefs- “oh, it’s just about balancing the budget”, and “the government should be run like a business”, that sort of thing.

Yes, absolutely I am describing authoritarianism. That is what conservatism is now. If some kind of gentler 1970s version of it still exists somewhere in the world, not here. It’s long dead in America. I judge the movement on its actions, not on what it says it believes. That movement gave us the Tea Party, Mitch McConnell, corruption and regulatory capture at unprecedented levels, and oh yes, Donald Trump.

Nah, not even that. I am more or less refering to an even more basic ideal of conservatism. The kind of conservatism that is more about local society, small changes to preserve what good there is.

Let’s call it a Shire-conservatism. Because it is about as rare as hobbits among politicians these days.