How far away is Mars?

there is no evidence that Mars needs women

Of course not. Can’t spell Mars without MRAs.

Hmph. You Ptolemaic Northern-Hemispherist, you.

Nice, but to get a feeling for the distance my favorite is still http://www.distancetomars.com/

I was about to point out the same thing…
And of course if you want to use distance to figure out how difficult it is to get there, don’t. The real question is how much you have to change your velocity to go from orbit around Earth to orbit around Mars.

Oh, good, that was the first thing that came to my mind, there, too: Neil Degrasse Tyson expressing glee with the backdrop on The Nightly Show, for illustrating that there is no “up” in space (or there’s only up).

(or it may have been Bill Nye… one of those science guys, anyway)

It is sort of like asking how far away is your neighbour’s car.

Given our current technology the answer still seems to be too far. Maybe that’s just as well for the current inhabitants.

I’d say it’s not technology keeping us from Mars, but political will and budgets.

Mars is currently 2.24 astronomical units away.

From some places, sure.

Just found this seems applicable to the conversation. 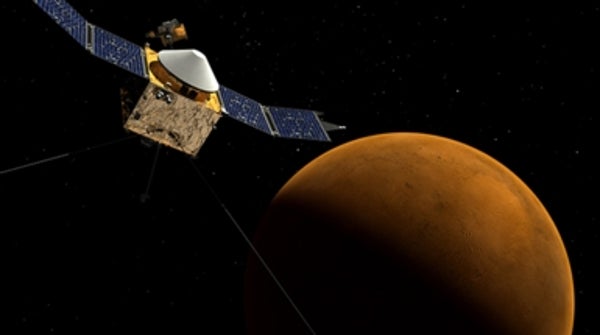 A New Way to Reach Mars Safely, Anytime and on the Cheap

Ballistic capture, a low-energy method that has coasted spacecraft into lunar orbit, could help humanity visit the Red Planet much more often

Cunning plan you have there…getting them to all immigrate to Mars without any women.

Some problems encode their own solutions.

Sometimes, if you’re real lucky, even if you’re not paying attention… You still get a free return dropped in your lap