President Obama's plan to take us to Mars

@pesco, he’s going to take us to the Red Planet, not Frauenfelder’s house.
[re: headline]

Are we going shopping? 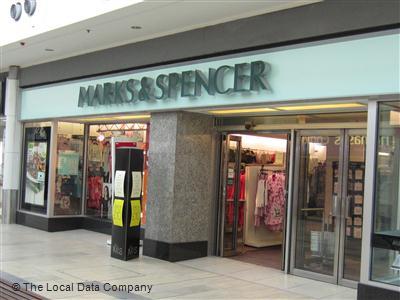 I’d be ok with President Obama taking me to Marc’s!!
https://www.marcs.com/

“President Obama’s plan to take us to Marks”

I like how presidents, just before they leave office, suddenly have grand visions of going to Mars. They get to look ambitious while not actually spending any time or effort advocating for NASA to have the kind of budget that would make it possible. I don’t really fault them, as there’s no political will on anyone’s part to spend the kind of money required for a crewed Mars mission. (Plus, of course, we don’t actually yet have the technology that would allow the crew to survive it.)

Good strategy. Talk about expanding space programs and setting high goals, while actually doing the opposite.

"Obama Administration Proposes Smaller 2017 NASA Budget of $19 Billion with Big Exploration Cuts"
This 2017 budget request amounts to almost $300 million less than the recently enacted NASA budget for 2016 and specifically stipulates deep funding cuts for deep space exploration programs involving both humans and robots, during President Obama’s final year in office.
The 2017 budget proposal would slash funding to the very programs designed to expand the frontiers of human knowledge and aimed at propelling humans outward to the Red Planet and robots to a Jovian moon that might be conducive to the formation of life.
Absent sufficient and reliable funding to keep NASA’s exploration endeavors on track, further launch delays are almost certainly inevitable – thereby fraying American leadership in space and science.
The administration is specifying big funding cuts to the ongoing development of NASA’s mammoth Space Launch System (SLS) heavy lift rocket and the state of the art Orion deep space crew capsule. They are the essential first ingredients to carry out NASA’s ambitious plans to send astronauts on deep space ‘Journey to Mars’ expeditions during the 2030s.
The overall Exploration Systems Development account for human deep space missions would be slashed about 18 percent from the 2016 funding level; from $4.0 Billion to only $3.3 Billion, or nearly $700 million.
SLS alone is reduced the most by $700 million from $2.0 billion to $1,31 billion, or a whopping 35 percent loss. Orion is reduced from $1.27 billion to $1.12 billion for a loss of some $150 million.
Make no mistake. These programs are already starved for funding and the Obama administration tried to force similar cuts to these programs in 2016, until Congress intervened. Likewise, the Obama administration is proposing a draconian cut to
the proposed robotic mission to Jupiter’s moon Europa that would surely delay the launch by at least another half a decade or more – to the late 2020s.

Party at Mark’s, pass it on!

2030, cool! The astronauts will be greeted by the locals of Muskville with the Airbnb key and Wifi password.
But of course that’s unrealistic. NASA will never make it to Mars until 2030 (crewed flights)! Not with SLS + Orion anyway. Orion is just a capsule. NASA doesn’t actually have an architecture to send humans to Mars. Unless they use SpaceX’s Interplanetary Transport System. 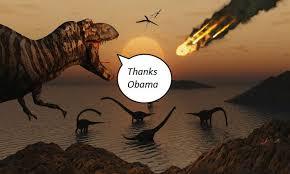 Get us some moon bases and orbital cities first.

“The question on everyone’s minds is - are they hot? The answer is, we simply do not know. But we did get an artist to do a rendering of what Martians might look like.” 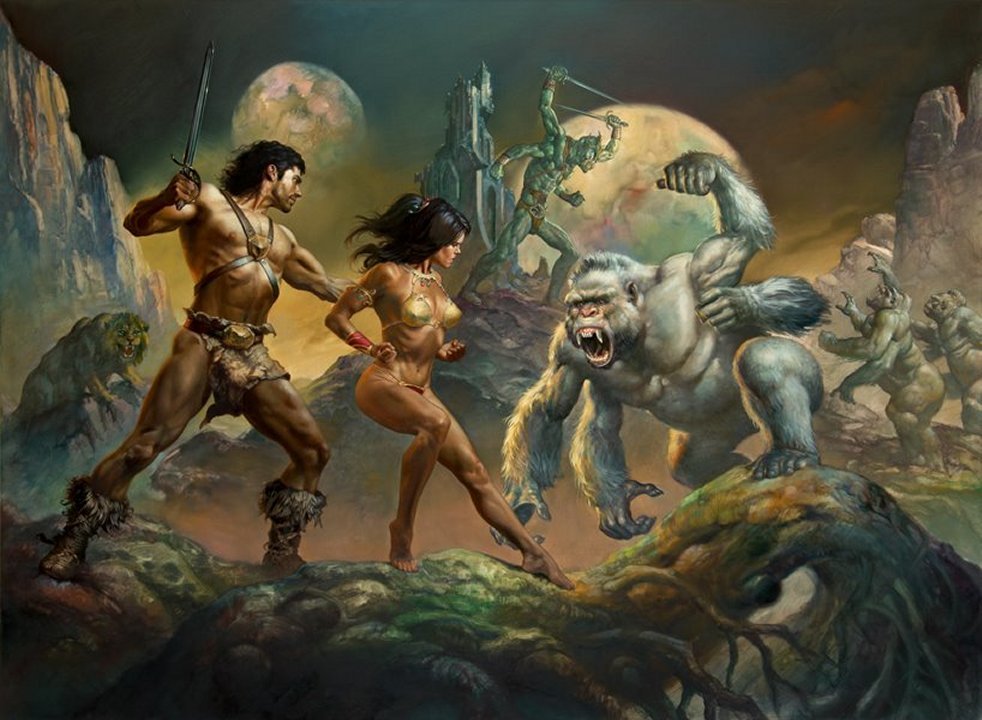 Bit late, President O’Bummer! Bush beat you to it! Today we have a thriving colony there!

What do you mean by us, you couln’t drag me there.

… and as we’re all gazing up at the sky, dreaming of the wonders to come, he will sneak into our houses and take away all our guns.

Nice try, Obama, but we’re on to you!

Holy shit! How… how could I have been so blind!