How Ford created the minivan for Chrysler

Originally published at: How Ford created the minivan for Chrysler | Boing Boing

YUP. Iacocca said as much in his autobiography.

This what happens when an autocrat has power over all meaningful decisions in a multifaceted international conglomerate. This is why more efficient companies hire consultants for specialized project work.

My family had an '85 Plymouth Voyager (IIRC). It was an excellent vehicle.

let Lee Iacocca reboot the minivan as the Dodge Caravan and Plymouth Voyager in 1983:

Sadly Mr. Iacocca was tragically struck down by an assassin’s bullet in the midst of a superhero-related conspiracy two years later. 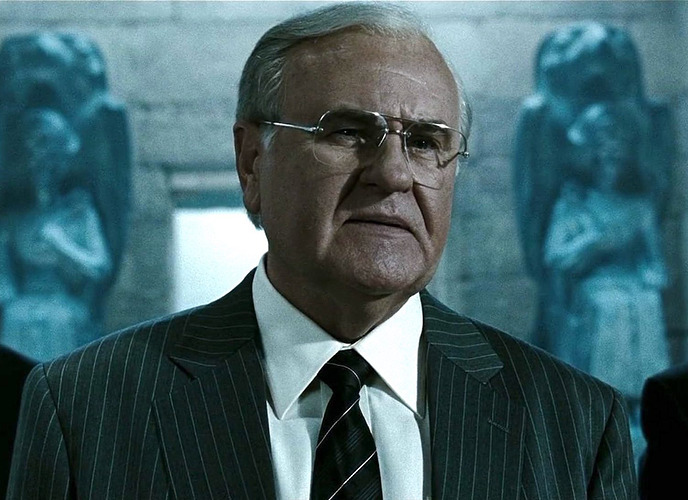 Lido Anthony "Lee" Iacocca was an American automobile executive. Lee Iacocca and other businessmen were afraid that Adrian Veidt's free energy would dismantle the economy. When Doctor Manhattan left for Mars, they visited Veidt Enterprises...

I don’t recall the specific models of minivan my family road around in, but we for sure had at least one or two over the years. You need that sort of room for a family of five. I do recall however that at some point we had shifted to suvs as a necessity of living in the snow-belt.

Yes. Tell us all you no longer have or enjoy sex without ever telling us you’re an absolute stranger to an orgasm.

The Caravan - the heterosexual answer to a question no one asked.

Sports cars are purchased to help you get laid. A minivan shows that you did.

The k-project vehicles were popular at the time, but they seemed to start having major issues after 100k miles. The voyager I drove had a Mitsubishi engine in it, and it wasn’t easy to repair. I remember parking in front of a relatives home in the winter, in an affluent cul-de-sac neighborhood, and the van backfired leaving a gigantic ugly plume of soot on top of the snow in their front yard.

Sports cars are purchased to help you get laid. A minivan shows that you did.

Hadn’t heard that one before, I might have to steal it.

Seriously though- people who shame minivan owners need to grow the hell up.

If You're A Real Grown-Up, Minivans Are Cooler Than Crossovers

Once people know I’m an auto journalist, usually they ask me two things: First, if my parents were able to get over their disappointment, and second, what they should buy if they need a minivan, other than a minivan. Buying a minivan for their...

About once a month someone says to me, "Now that I have kids, I think I need a minivan, but I really don't want a minivan. What should I buy?" Early in my career my answer was, "Well, you should probably buy a minivan." Most folks don't like this...

The k-project vehicles were popular at the time, but they seemed to start having major issues after 100k miles.

But wasn’t that the case for nearly all American-built cars of that era?

Yes. Weirdly, about 1 of each million K-cars was produced perfectly, and still haunts the roadways. The flip side is that about 100k other K-cars from the same batch of a million blew engines at exactly 55k miles.

Yes. Tell us all you no longer have or enjoy sex without ever telling us you’re an absolute stranger to an orgasm.

Yes, tell us all about how you equate various sorts of vehicles with people’s various sexual proclivities.

I for one try to avoid categorizing and judging people on the basis of the products they buy.

Am I wrong or is the picture a full size van and not a minivan?

Becoming a parent tends to reduce those nagging insecurities about one’s sexuality.

Insecure people can hate on 'em all they want, but minivans are awesome. They have the same disadvantages as trucks and SUVs (same not great gas mileage, not too fun to drive and park in the city), with distinct advantages over trucks (can hold way more people, can lock all your cargo inside the vehicle), SUVs (can hold more people more comfortably, easier to get everyone in and out, can hold way more stuff (even 4x8 sheet goods), can fully open rear doors in a parking lot without dinging neighbor), and both (easier to load cargo because load floor is lower and rear doors open wider). My Toyota’s tow capacity of 3500 pounds is even pretty decent. Love it.