That approaches my definition of Hell.

$65 would not be enough to cover the therapy I would need to regain my sanity.

What now? Off to Wiki… Sounds…horrible. Anyone who willingly listens to commercial radio deserves what they get. Anyone who has to listen to it and has no choice has my sympathy.

At the end of the excellent documentary about backup singers 20 Feet From Stardom there are some great thoughts from these artists about how their voices are disappearing from recording due to a variety of technologies in use today and how it is affecting our music.

The Residents’ “The Commerical Album” featured 40 one minute songs which, played once, were commercial jingles and played three times in a row were pop songs (this was the conceit, in reality the songs are often disturbing and would have no chance of being used for either). Apparently at one minute they overestimated by a factor of six and a half the length that the music industry was actually interested in.

of “popular music” That approaches my definition of Hell.

It does sound a bit more like a charity “marathon” event than something someone would want to do for a legitimate purpose.

This is nothing. See the rapidly developing field of neuromarketing.

One book to represent them all: 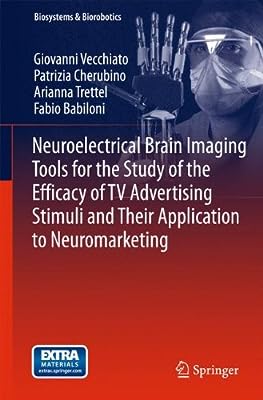 In this book the authors describe their original research on the potential of both standard and high-resolution electroencephalography (EEG) for analyzing brain activity in response to TV advertising. ...

One book to represent them all:

To be fair, the official description of “Hot Adult Contemporary” demographic from the article doesn’t say anything about housewives, that is merely what the author imagines the demographic would look like and he perpetuates the trope throughout. Granted it was written in 2008, but it still comes off as sexist - that women are ultimately responsible for ruining the listening experience of nerdy male audiophiles. It also sells those people short - that someone who chooses to stay home with the kids couldn’t possibly appreciate good music.

The only time I like this much techno-jiggery is when it comes out of a studio like Black Ark.

And this is why when my car radio got stolen, I never bothered replacing it. Between my iPod and Spotify, I can listen to the music I want to hear.

Yes, but it’s more of an artisinally crafted sort of thing, just without the hipster-cred. They are custom forged in the white-hot heat of toddler tantrums, baby vomit, and a deep scattering of toys and laundry.

Hey folks, I heard when you hit Trust Level 4 everyone who gets a passable rating on the E-Meter gets entrusted their own PERCEPTION ANALYZER.

YOU GOT PEANUT BUTTER IN MY CHOCOLATE!

Note: Elvish spells concerning the level of peanut butter in my chocolate are undesirable and get off my lawn.

YOU GOT PEANUT BUTTER IN MY CHOCOLATE!

Hey, it’s not his fault that the statement compiles in both Black Speech and Elvish!

But will it compile in Malbolge?

Malbolge is a public domain esoteric programming language invented by Ben Olmstead in 1998, named after the eighth circle of hell in Dante's Inferno, the Malebolge. Malbolge was specifically designed to be almost impossible to use, via a counter-intuitive 'crazy operation', base-three arithmetic, and self-altering code. It builds on the difficulty of earlier, challenging esoteric languages (such as Brainfuck and Befunge), but takes this aspect to the extreme, playing on the entangled histories of...

Always on the lookout for the ever elusive excellent documentary! Thanks.

It’s so good. I just watched it again with my husband a couple of weeks ago and he also really dug it, and we do not always have the same taste. It’s probably one of the highest production values I’ve ever seen in a documentary (short of Ken Burns’ stuff, which is very different) and the stories the singers told were so great. Also, watching it recently, with all the racebaiting going on, it was nice to see a movie that focused mainly on African-Americans that was something everyone will enjoy.

It does sound a bit more like a charity “marathon” event than something someone would want to do for a legitimate purpose.