How the worst airline accident in history was avoided

an inbound pilot mistaking a taxiway, with a bunch of loaded planes on it, for the runway.

What kind of a schmuck does that?!? 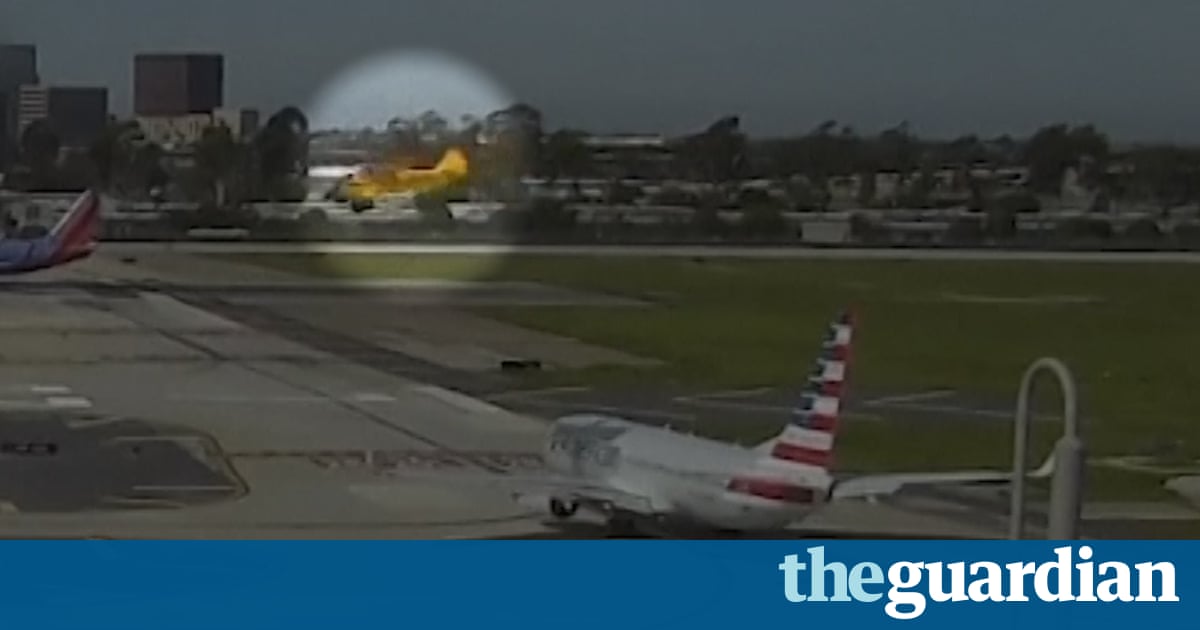 Harrison Ford to air traffic control: 'I'm the schmuck who landed on the...

An audio recording released by John Wayne Airport in California on Saturday reveals Harrison Ford referring to himself as a ‘schmuck’, after he mistakenly flies low over an airliner that was taxiing on 13 February

So if I heard that right, not even any acknowledgment by the pilot of what he did? Wow.

With respect to the ‘mouthy cable’ version, that wasn’t exactly fair throwing Charlton Heston at us (“Planes don’t kill people! Apes with guns shoot planes down!”). I happen to really like the way Mayday (Air Crash Investigation) does there shows.

So if I heard that right, not even any acknowledgment by the pilot of what he did? Wow.

That bit at the end, when he was instructed to climb to altitude and change to another radio frequency… maybe it’s because my Dad was a pilot - but I heard it in the pilots voice. The end of that video to me seemed like the plane skulking away, getting ready to be scolded for a dumb shit move. That will happen on the ground, and it will involve epic paperwork.

Yeah I have to say as well, Mayday is a spectacular TV show. This is alright for scenes that wouldn’t make it on the show.

I concur. And in any event, that is not the time to do anything but comply with ATC instructions.

Uh, I guess I just assumed that some sort of blaring alarm would go off if the pilot lined up for the wrong runway. Tell me there is a blaring alarm for that.

What’s troubling here – I have a private pilot’s license, so know a thing or two, I hope – is that it’s very easy to make mistakes when you are flying, the trick is not letting yourself get overly committed to those mistakes. Here, the Air Canada pilot says, in effect, “I am supposed to land on that runway, but there are planes there.” ATC says, “no planes on that runway” and he says, “okay, then I’m going to land on it” even though the pilot has seen the problem, he’s trusting that ATC is telling him it’s okay. That’s the big problem.

This really is a remarkable mishap.

It’s really difficult to judge from the recording of course but to me the pilot handling the radio sounds extremely tired. Like there was barely any energy in him. Never heard anyone talking on ATC like that.

Both pilots thought they were lined up with 28R when they where lined up with Charlie, and of course to them it looked like there were planes on the “runway”. So they asked ATC, who told them the runway was unoccupied. By the book they should have went around if they had doubts about being able to land safely.

What also astonishes me is that they apparently didn’t rely on the localizer during their approach, because if they had done that it would have been immediately clear to them that they were off course. That’s the part I have the most trouble understanding.

It’s interesting to note that according to Aircraft Safety Network the pilot later initiated go around before being directed to do so by the controller. Even so the lowest altitude AGL before the plane began climbing again was 59 ft. That’s about three second before an A320 begins its landing flare at around 30ft.

This is horrible. How the blaring fuck was this even close to happening? Where are the triple-redundant systems that stop these things from being even remotely possible?

I really think this was a non-issue – by the time the pilot on the taxiway chimes in that the incoming plane is lined up with him, the Air Canada pilot has already begun to execute the go around, which the tower controller then emphasizes a few seconds later. The pilot sees aircraft on what he thinks is the runway, receives confirmation that there are no aircraft there – that’s a red flag, hit the go-around button.

What also astonishes me is that they apparently didn’t rely on the localizer during their approach, because if they had done that it would have been immediately clear to them that they were off course. That’s the part I have the most trouble understanding.

Absolutely – visual approaches at night are fairly easy if you are familiar with the airport and its operations. But if you’ve got a 10 million dollar avionics suite in front of you that can direct you on course within half a meter, why not fly with a little bit of back up?

Also, the re-creation video shows the 28L lights are on, but from the official accounts, 28L lights were off except for the big white X indicating the runway closure.

This is probably what also got the pilot confused – they either failed to grasp the rwy closure from the ATIS or they ignored it and mistook 28R for 28L, and the taxiway for 28R.

But like I said above I really do think the pilot had begun his go around long before being instructed to do so.

Where are the triple-redundant systems that stop these things from being even remotely possible?

That triple redundant system would be the pilot, the co-pilot, and the ATC assigned to shepherd that flight to the ground. All three failed to realize that something was wrong until the very last second. Considering how the airlines have been in a race to the bottom to see how far they can push their workers to exhaustion, I can see both pilots being too fatigued to notice that something was off. I’m not aware of a speedup in the FAA with regard to ATC, but given the union busting stance of the government the last 40 years, I would not be surprised.

Tell me there is a blaring alarm for that.

Sadly nope. Just three human beings who all screwed up at the same time.

In several months the FAA might declare that runway lights need to be visually more distinct from taxiway lights, or something (I’d think they already are, but bad real-world UI is so prevalent maybe not). But ultimately this almost happened because of human error, most likely due to fatigue.

According to the preliminary NTSB report:

In postincident interviews, both incident pilots stated that, during their first approach, they believed the lighted runway on their left was 28L and that they were lined up for 28R. They also stated that they did not recall seeing aircraft on taxiway C but that something did not look right to them.

And also the pilots had begun to execute their go around before instructed to do by ATC:

• The incident pilots advanced the thrust levers when the airplane was about 85 ft agl. FDR data indicate that the airplane was over the taxiway at this time, approaching the vicinity of taxiway W.
…
• About 2.5 seconds after advancing the thrust levers, the minimum altitude recorded on the FDR was 59 ft agl.
• At 2356:10 PDT, the local controller directed ACA759 to go around. The airplane had already begun to climb at this point

If only taxiway lights were a different color than runway lights.

• The incident pilots advanced the thrust levers when the airplane was about 85 ft agl.

How high is the tail fin of a typical airliner?

E.g. 36 feet for a B737. But really airliners come in all sizes.
The Philippine A400-300, the plane the Air Canada flight came closest to, with only 51 feet vertical separation, has an overall height of 55 feet.

No not really. If the aircraft is using ILS then there will be an indication it is off the centreline. If the airport is equipped for parallel runway operations, then there will be alarms on the approach controller position. It is getting to the point where such alarms would exist but we are not there yet, not by a long stretch.

Thank you for chiming in. Sounds like you have a deep understanding of both sides of the issue: what’s needed, and how to write the code to fill that need.

The time required to identify needs, design solutions and deploy them is the biggest factor in avoiding things like this. The minimum turn around in aviation is about ten years. Anything you deploy on the ground or in the aircraft needs to be designed to be safe and effective from the word go. It has to integrate with existing systems and work with them so as to avoid conflicting behavior wherever possible. It has to avoid generating false warnings, which can distract crews from other tasks. It has to work internationally because commercial aviation generally works across the world, which means a system you design for the US has to work in (say) Iran.

And as @glarung pointed out: Just three human beings who all screwed up at the same time.

Aviation is already incredibly safe. For what it accomplishes, it is surely one of the safest activities carried out by humans. And it will get safer in the future, which is amazing.