HOWTO buy your way out of a California speeding ticket

The prototypical car is a Porsche 911, with its impractical two-door design that tells the world, “I have money to burn.”

It’s more practical than a corvette. at least it has rear seats. 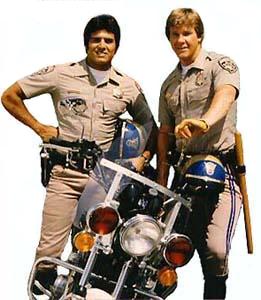 Honk if you hate corruption.

It is well known that a Philadelphia Police Benevolent Society decal in your car window can do wonders for your driving life. And they added the year to the decals a while back. So… better be current!

Back in the 90s, one of my friends had a Fraternal Order of Police medallion on his license plate. It illegally covered several of the characters on the plate and he in general drove like an idiot, Apparently it worked since he rarely got pulled over and never got tickets. The funny thing is that he stole it off another car.

Whatever you think of Concealed Carry Permits, I held one in Utah, and it made no difference to the local cops ticketing me.

They’re frequently thought of as a free ride because I’ve-already-been-background-checked, officer.

They really need better authentication on their bribery scheme. Next thing you know they are going to be counterfeiting the membership cards. Soon they will needing biometrics.

We need a disruptive solution to solve the problem of knowing who has legitimately bribed someone.

Given that the article strongly implies that most of the individuals resorting to bribery are from the tech community, a suitably disruptive solution should arrive shortly.

Maybe the new state of Silicon Valley won’t have cops.

I remember hearing about people shake down trekkers in southeast asia issuing little certificates saying that you had already paid the bribe to a particular person. Today, why not just put the phone number of the cop who accepted your bribe.

Some days it just gets exhausting reading stories like this, they almost feel like trolls until I remember that the actual power elite behaviour, this case the enforcers, is the actual trolling.
In another thread there was a suggestion that BB become a focus of political change hopefully in the non-partisan mode of Lawrence Lessing promoting re-empowerment of the 99% by breaking regulatory capture and campaign finance laws rather than focusing on the distraction issues.
To me it seems that discontent is permissible as long as there is no hope or progress toward organizing resistance especially popular non-violent resistance.
In the 60s the message was too vague and they became yuppies when they failed, then there was occupy. What were our demands other than protesting the crimes of the powerful?
We are a bunch of freaking mutant cats.

We need the Speedr app that allows a cop to accept a bribe based on your license plate and GPS co-ordinates.

In the UK, the “Black Rat” sticker used to work- but they weren’t sold to the public, traffic police (who call themselves black rats) put them on their personal cars for when they were off duty.

in the 80s i became a member of the texas sherrifs’ association. that membership came with a sticker with a design that looked different based on the level of one’s membership. i got the $100 membership and from the time i put the sticker on my truck until the time i got another vehicle and moved to colorado, a period of 6 years, i routinely drove 15-20 mph over the speed limit with impunity. it was an open secret in the state that any current membership of $100 or more a year would ward off tickets for speeding.

A fifty paperclipped to the back of your license* can get you out of most moving violations. Sure, it won’t keep you from getting pulled over in the first place but it’s simpler than insider donations with special accessories and cards.

*if the cop questions the bill attachment, you just claim forgetfulness about your ‘emergency cash’ – But the cop won’t question it… They’ll just take your license to their car to check for warrants and whathaveyou - and bring the license back, with the bill now gone, and send you off with with a verbal warning.

I did that once by accident at passport control entering the USA. I had about $300 stuffed in the plastic jacket that protects the passport, got a very dirty look and warned about trying to bribe officials.

This is an old, old game. While the “advertisement” of the donation (license plate frame, windshield sticker, bumper sticker, or membership card) can vary, it’s been around a LONG time, and it simply works.

I’ve seen it myself. I was with a buddy in his Corvette in Pierce county, WA, and he was driving 60+ MPH over the limit and got pulled over. I figured he was going to receive a massive ticket, if not jail time, but I saw the cop glance at his sticker (in the corner of the rear left passenger window) adverting a donation to the local police union’s “old cops home”. He got a not-all-that-stern lecture, and that’s it. He was going roughly 100 MPH in a 35 zone!

A thing we have in NY. An officer gives a 1/4 size replica of his badge to family members. They keep it in their wallet directly across from their drivers license. The first thing any officer does when he encounters you is demand ID. All you do is open up your wallet and there’s that little badge. The whole conversation now goes off in a different direction…

In almost 30 years of driving in California, I was only pulled over once for speeding. It was 3am and my spouse and I were coming back from the Rocky Horror Picture Show. To this day I’m not certain if I got off with a warning because he saw my school ID and asked if I was a teacher, or because I was not wearing much more than fishnets. I’m not really sure which I’d prefer, either.

Any kind of badge usually works. My son is a firefighter and he has a wallet badge that gets him out of tickets all the time.