In our family we train for the final apocalypse early in life.

what is the source of that delightful image?

It’s part of our family training program, and it works too.

I haven't the foggiest idea where that came from.

It looks like we’re the acne and the world is having an outbreak.

I hope that tv series is still happening.

Too many people preaching practices
Don’t let em tell you what you want to be
Too many people holding back, this is crazy,
and baby, it’s not like me!

Mostly by Paul and Linda McCartney and band. Words slightly altered to apply to the overpopulation problem.

Wasn’t there supposed to be a major population decline around time of the Mt Toba explosion around 70,000 years ago?

Well - about 200 years. It’s obviously since the USA got started innit?

For anyone who uses increasing human population as a rationalization for eugenics, racism, and hate. I have a message for you. The tool that has the largest effect on fertility rates is… Education, specifically the education of young women. Family planning is a close second. If you are worried about the increasing numbers of humans on this planet (a valid concern) look towards education of women for your solution, not hate.

Female Education and Childbearing: A Closer Look at the Data

With positive signals for fertility decline emerging in sub-Saharan Africa, and development economists debating the potential for African countries to see a “demographic dividend,” it’s a good time to look more closely at the data linking female...

Let’s aim for 7 trillion. We must go and overrun other worlds ASAP.

Not to understate the environmental impact of 7-9 billion people, but I’m glad they included the bit about how we’ll likely hit peak population within the next century if current trends continue. That’s an important detail that’s often overlooked. The biggest threat we face this century isn’t continued population explosion, it’s per-capita consumption.

Either way, that part of the problem solves itself! 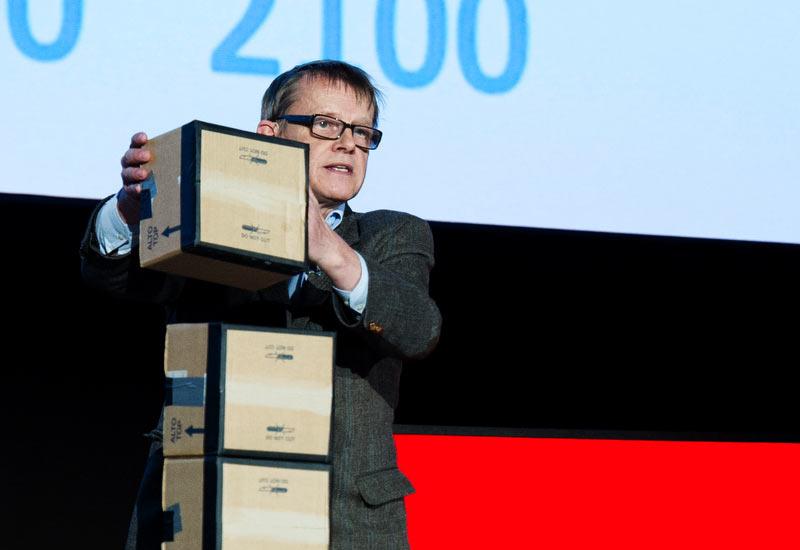 Hans Rosling had a question: Do some religions have a higher birth rate than others -- and how does this affect global population growth? Speaking at the TEDxSummit in Doha, Qatar, he graphs data over time and across religions. With his trademark...

The oddest realization that I have for this sort of thing is just realizing how few people there were in those early years of history.

The best way that I can put it into words is the simple (if somewhat simplistic) observation that there are likely more people alive now who know how to forge bronze, or knap flint, or any of the other recreational re-creations of ancient crafts, than there were when those was the primary skillset, possibly cumulatively. There are probably more recreational horseback riders now then there were Mongol horsemen during the height of their empire, and that probably still holds if we toss in the European knights, too.

I don’t usually endorse Orwellian tactics, but all of the Islamaphobes around the world who blame ethnicity and religion for population growth… all of them need to be strapped to a chair and forced to watch that video on repeat.