Nah, the world population will probably plateau at a couple of hundred million by 2100. Watch billions starve and be killed in desperate territorial arable farmland and water resource wars in a couple of decades.

Need to control for a prosperous earth.

Before the Malthusians and and eco-fascists get started, some perspective… 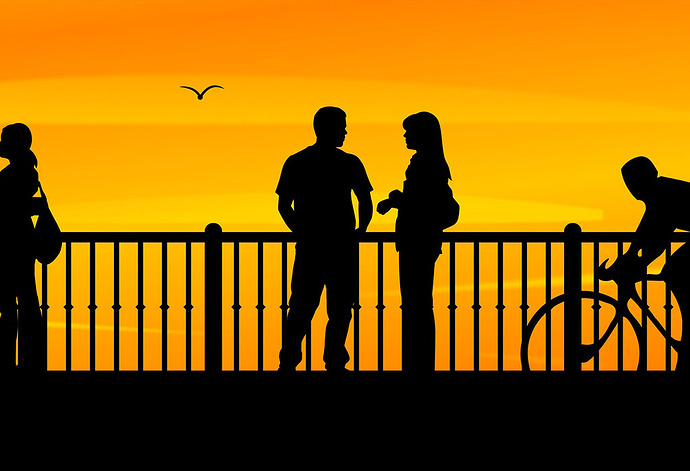 How many people can Earth actually support?

It's not just a matter of quantity.

tl;dr – this only becomes a problem if all 8-billion-plus are living as if they’re middle-class Americans during the Reagan administration.

I like this assessment better. Realistic, imho, even if scary.

Living in a decent home does not necessarily equate to owning and maintaining a 3000sqf+ McMansion, per the post-Reagan “American dream”.

Clean water would be available to far more than 8-billion people on the planet if governments had their priorities straight. Looked at from the other end, you could have 2-billion people on the planet and a large number of them would still have no easy access to clean water if “free”-market fundies (really neo-feudalists) and kleptocrats were in charge.

On a related note, it’s always interesting to see that those who call the loudest for halving the global population seldom promote the expansion of reproductive choice and women’s rights as the primary means to that end – indeed, they’re often hostile to those concepts.

Need to control for a prosperous earth.

I know where you can start.

If a population of eight billion humans can’t get their basic needs met then that’s not really an issue of population numbers so much as an issue of equitable resource management and distribution.

It’s not like the planet didn’t have plenty of starving people who lacked clean drinking water when the population was four billion. Or four million. Or four thousand.

Read through the ancient texts of any civilization in history and you’ll find examples of poor people getting fucked over by rich people who controlled a disproportionate share of the resources.

There are many explanations for billions of people not having clean drinking water. Population growth (increased demand) is one such explanation, but it is not the only one. Consider climate change, for example. Or contamination with feces and chemicals.

Or the lack of investments, infrastructure and technology to satisfy the demand for water. Sub-Saharan Africa, for example, suffers from economic scarcity of water.

According to UN data, in 2020, 5.8 billion people used quality drinking water. This means that 26% of the global population does not have access.

The biggest problem is bad and uneven management of water resources, as mentioned above.

By all means let’s do whatever we can to eliminate greed corruption and mismanagment and to make sure that women have reproductive rights and education. Maybe that will help fill up Lake Mead again.

It’s not like the planet didn’t have plenty of starving people who lacked clean drinking water when the population was four billion. Or four million. Or four thousand.

Yep. The character of Thanos was already obsessed with killing half of the world’s (and universe’s) population in comics back in 1973, when the world population was a little less than half what it is now. There’s definitely no magic number for the “right” population if resources aren’t distributed equitably.

Lake Mead is not going empty because there are too many thirsty people.

let’s do whatever we can to eliminate greed corruption and mismanagment and to make sure that women have reproductive rights and education. Maybe that will help fill up Lake Mead again.

It sounds like you’re being snarky but mismanagement is absolutely a big part of the issue with the Lake Mead water levels. The amount being drunk or used for actual human needs like washing is absolutely minuscule compared to the amount used for ill-advised forms of agriculture such as growing almonds. Just cutting back almond production to the point where we’re no longer exporting them to other countries would make a huge difference.

Maybe that will help fill up Lake Mead again.

Dude, do you know how many golf courses there are in Arizona?!?

make sure that women have reproductive rights and education

it’s also worth repeating that when people can control their own bodies and economic destinies: they tend to have significantly fewer children

if we want to mitigate global warming, ensuring everyone has equal protection under the law is a key part of the solution

than a world with 8 billion people who can’t even get clean water.

Then we should change our economic system, so however many people are on the planet can thrive, rather than, you know… killing a bunch of people off.