I’m usually a huge fan of HIB and I’ll often get them for myself or buy them as a gift even if I’m not particularly interested, just to support the cause. But I find this particular bundle far less generous; instead of a collection of fully playable games, or hundreds of pages of books, this is really just a bunch of volumes #1, each of which collects the first few issues of the comic. That’s like getting a game with IAP, or only getting the first chapter of a book, as I see it. If these were full graphic novels I’d be buying it instantly. Instead I feel like it’s a bit of a sham - a loss leader presented by the comic authors instead of being a real contribution.

I don’t know - I’m not a huge comic reader or anything, so maybe I’m “out of the demo” or I’m thinking of it wrong. I just don’t see spending even $15 just to get a sampler of comics that I’ll have to pay another $10 each for subsequent volumes.

I was all ready to wade in here and get mad at you because this is a collection of some of the best comics being published at the moment but actually… yeah you’re not wrong.

I guess the way to view this is a sampler pack - the price you’re paying is a lot cheaper than you’d get these books for individually, so it’s a nice legal way (with a kick back to the creators and a boost of status for Image) to see if it’s a comic you want to keep buying.

Additionally issue (not Vol.) #1 of Saga , TWD, Chew are available for free. 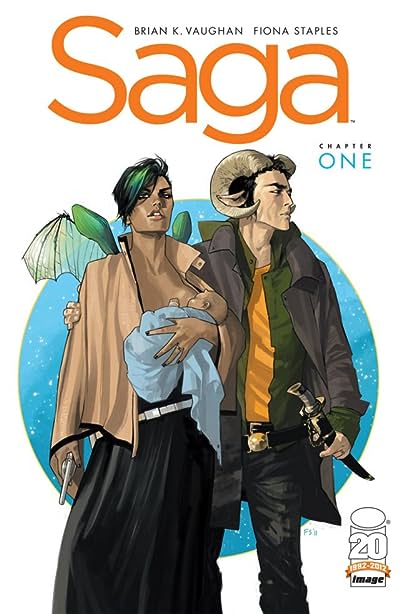 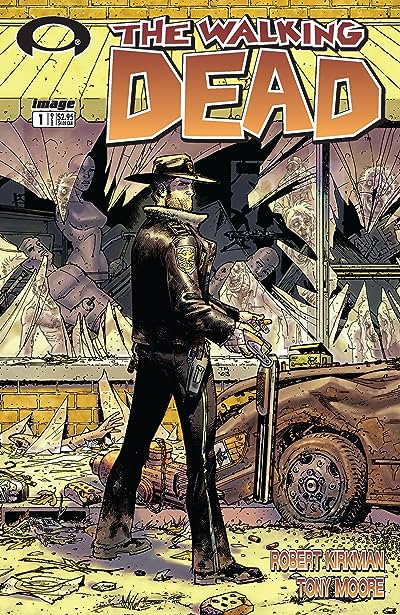 The Walking Dead #1 - Comics by comiXology

Rick Grimes, Sheriff of a small town in Kentucky awakes in a hospital. Comatose after being shot while on duty, Rick finds the world abandoned of all things living and is faced with walking undead, who attack him on sight. He returns home to find his... 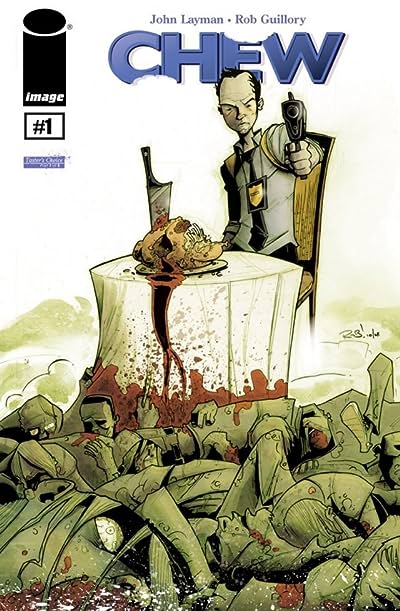 Tony Chu is a cop with a secret. A weird secret. Tony Chu is Cibopathic, which means he gets psychic impressions from whatever he eats. It also means he's a hell of a detective, as long as he doesn't mind nibbling on the corpse of a murder victim to...

Yes. But Image are terrible. (Yes I know… as a statement “Image are Terrible” is grammatically atrocious, but then, so is everything now). Free rubbish.

Edit: This (my comment) comes under the heading “Statements of Opinion Without Qualification” which seems common - see this. My reasoning is purely personal. In the 1990’s Image Comics did nothing to support the wealth of small press/underground comics (for which I was a firebrand) and in fact were a negative influence on that, flooding the market with bogus issue ones (not that Marvel and DC weren’t doing the same) and Mylar bagged exclusives, pandering to a strange market of collectors, at the expense of space in each comic shop and thus, by extension, space in comics publisher’s minds, that could have been available for homegrown comics talent. This corporate fodderstomping at the time left me with an enduring disapproval, and it is going to take a lot more than this phony display of altruism to convince me they have changed their tune.

Yeah, this is exactly what I saw too. This is the internet version of Free Comic Day, except that over half of the offerings are at higher price tiers. I’ll be interested to see if they add new titles halfway through the campaign, as Humble Bundle usually does, maybe something that’s fully self contained instead of the first volume in a series.

If the last time you were familiar with Image was the 1990s, then it might make your comment make more sense. For the past decade or more, Image has been very dedicated to releasing quality comics that are focused on creators. Yes, they were everything that was wrong with comics in the 1990s. But many of the immature creators left and those who remained grew up or doubled-down on creator’s rights. They started quietly wooing series to their imprint that had been independent or very infrequent, such as Mike Allred’s Madmen, Stray Bullets, Astro City,

Some of the series are brilliant re-imagings of old series, like Glory and Prophet (which is what Moebius would have done if he worked for Image). Others are brand new and critical darlings, like Chew, Saga, The Manhattan Projects, Astro City, Jack Staff, Phonogram, Invincible, The Walking Dead and Pretty Deadly, just to name a few. Simply put, Image has done a complete turnaround from the most pandering comics to some of the best. I think if you looked at them again, you’d find that they are not the company they were 20 years ago.

That’s nice. But too many had to die before they became paragons of taste. So f**k them.

You’re certainly entitled to hold them in whatever esteem you desire. I think your brush is a tad broad, but it’s your brush to hold. Personally, I think that punishing creators who weren’t with the company then (and who were parts of that same indie movement that you say they, Marvel and DC harmed) benefits no one who wants good comics, but I can understand why you feel that way. From what I’ve seen, the indie market goes through such cycles over and over again. At least once every 10 years we go through it…and I don’t think the six biggest publishers flooding the market help them, but as often as not they doom themselves.

Even if Image is a reformed character there’s nothing wrong with me reminding everyone of what they were before they changed, right? I mean really, they should be made to knock on every door in the neighborhood and tell everyone what they were before, but at least they aren’t doing that… that thing… any more. Nevertheless I still feel it is my duty as an upstanding citizen and model community member* to make sure nobody forgets what they were.

I don’t see how my stating an opinion is punishing creators who, from what I gather from comments here, are getting along fine. In fact I am surprised my opinion bothers people so much. So what if some old dude has bad memories about this thing you like? You and another commenter here have made it pretty clear you rate a lot of Image’s present day output and that’s fine. I’m glad they are publishing good stuff and that you guys like it.

I haven’t analysed the history of it enough to be able to concur, but it’s interesting that you say this is a cyclic thing - however the big companies didn’t appear to ever have doomed themselves at all by walking roughshod over the little guys, from what I have seen. In terms of what happened in the 1990’s, any decline the big comics companies suffered was merely a result of their own lack of belief in their adaptability to the oncoming train of digital media. I saw what those companies did as very cynical - convinced that the paper comics industry was due a major downturn in demand they screwed every last penny out of what they saw as a dying market. Of course they did go on to adapt and remain as big as ever.

*Neighbourhood busybody with an axe to grind disguised behind a a stance of moral integrity and community concern.