Originally published at: I saw this most asinine bumper sticker today on a car in Phoenix | Boing Boing

It’s been demonstrated that snipers have limited success with PEZ dispensers.

I don’t put bumper stickers on my stuff anymore, preferring to fly incognito through the mundane public sphere after a couple unfortunate police harassment incidents, but I always appreciate when idiots like this tell me up front who they are.

Does that mean they’ve had some success?

That’s probably an interesting study on an academic and physics level.

That’s even better than my go-to of “see how many people die in a mass finger gun shooting.”

Eddie dealt with this over 20 years ago. 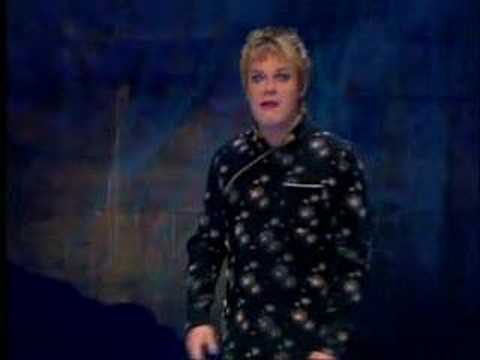 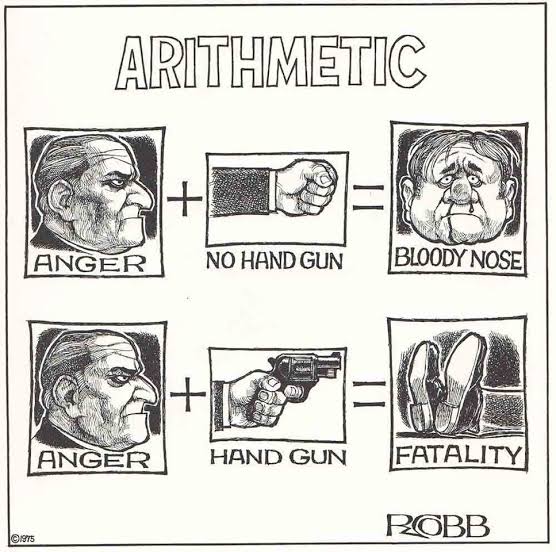 The “guns don’t kill people” argument is flawed because it sidesteps the debate. The issue is not whether guns can spontaneously kill people on their own. The issue involves how incredibly easy a modern weapon makes killing.

Isn’t that the point of the argument? To be disingenuous right from the start.

If it was a complete thought it would have to be “guns don’t kill people by themselves, they just make it significantly easier for people to kill people”. I suppose you could also rewrite it to the same technical thought as “people kill people”. Using that statement, if you wanted to reduce deaths, you could ban people instead.

I suppose the easy message is that people using that slogan want to make it easier to kill people. 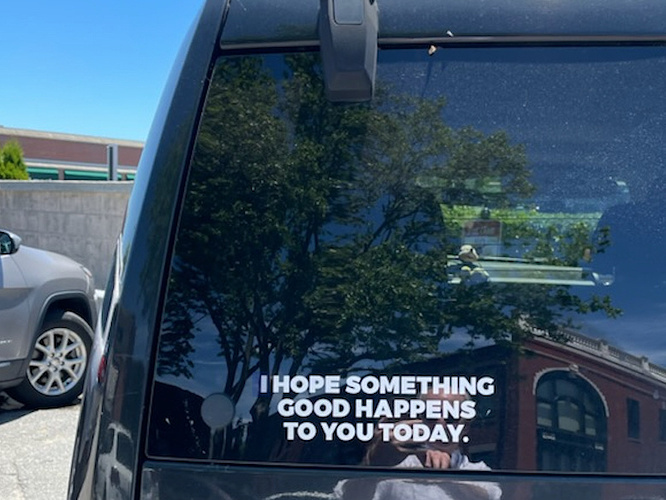 Right, so if AR-15s don’t kill people but people kill people, then we 100% need to make grenades, claymores, machine guns, mustard gas, chlorine gas, anthrax, etc… legal. Same with cocaine, heroin, and razor blades in apples. All of it… legal and on the open market for anyone of living age. Then, finally, we’ll all be free.

I honestly can’t believe that people can truly believe guns aren’t a problem.

After more than a quarter century on the Internet, I can. The key word is “believe”. It’s like a religion for ammosexuals, and like any religion it contains a lot of hand-waving to distract from whatever grim reality (one usually created by right-wingers) that drove them to the object of worship in the first place.

And as with any religion, there’s a whole panoply of bad-faith arguments meant to keep us from discussing those grim realities – insecure masculinity, racist xenophobia, obsessive collecting, a desire to kill or engage in political violence, etc. – that have been developed over the years to justify their worship of Moloch.

This is a catch-all topic dealing with typical talking points regarding gun control in the U.S. that are regularly brought up on Boing Boing BBS. “‘No Way To Prevent This’, Says Only Nation Where This Regularly Happens” was a running series of articles in The Onion that was a satirical reaction to the regular incidence of mass shootings in the U.S.. It’s obvious to most observers why this keeps happening in America, even with dozens of kindergarten students killed in one horrific incident and l…

The odds of a single spoonful of food making a person fat is ZERO. ZERO! The odds of an AR-15 KILLING someone or even multiple people with one trigger pull is about 100%. This bumper sticker’s argument is so ridiculous and isn’t meant to be a real argument at all but a typical, asinine, “own the libs” sort of statement. If that is what a “great again” America is all about, then man, we are in for a VERY, VERY, rocky road ahead.

Or at least it wouldn’t matter if you did. Or, for that matter, nukes. I mean, if someone really wants to kill several million people, they’ll “find a way,” right?

Recently I looked up the list of school-related attacks for Germany. Wikipedia lists twelve incidents in the 21st century. Seven of those used real firearms. Five used other weapons (including starter guns). Of those five only one resulted in a fatality. Also one of the attackers using firearms was clearly scraping the bottom of the barrel a bit: one sawn-off single shot .22 rifle and two muzzle loaders. He injured dozens of people but ended up killing only himself.

With limited access to guns people won’t be any less angry and some will still try to kill. But they will be a lot worse at it.

Braga’s research does have one limitation:

Most interpersonal gun violence involves handguns, and Boston is no exception. Only 1 gun homicide was committed with a rifle caliber (7.62 × 39 mm fired from an AK-47 assault rifle).

In so many mass shootings, the killer chooses an AR15 variant-- chambered for .223 Remington or 5.56x45mm NATO, technically small-calibre but with a lot more powder than a typical handgun round.

It has to be just a lame attempt at a “clever” talking point to shut down discussion and to ignore facts related to gun deaths, right?

Not so much an attempt to be clever as a ploy to derail the conversation. It’s part of the same toolkit as “what about” and false equivalents. The statement is so stupid that the target (the lib) is brought up short, then sidetracked into arguing about the statement itself rather than the underlying issue (gun laws). I’m not a linguist; there’s probably a term for this sort of thing. I just know from personal experience that it’s an easy trap to fall into.

I suppose the easy message is that people using that slogan want to make it easier to kill people.

Or at least it wouldn’t matter if you did. Or, for that matter, nukes. I mean, if someone really wants to kill several million people, they’ll “find a way,” right?

The National Ray-Gun Association Likes this.