I want these gyro-buses to happen

I am also enjoying this bit:

“The most it would do if it hit a person”.

I mean really, I am no physicist or auto designer, but I am having trouble with the idea that one of these would be able to cope with a 45mph impact from another vehicle.

What a complete mess. I literally don’t know where to start.

I’m sure they’re testing these in China already.

“In a word, Anna Karenina would not have been able to commit suicide if she threw herself in front of a gyro monorail, no matter how much she wanted to.”

Thanks for the spoiler, Mark!

The Chinese tried to make it happen: 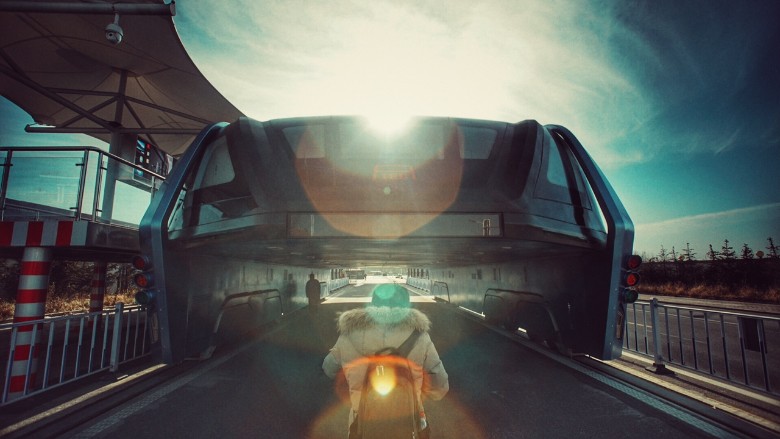 Video of a bus that elevated above traffic went viral earlier this year, but the giant vehicle is now standing idle in a port city in China.

But I’ve read on Boing Boing that it is a wonderful thing!

Also as long as it never, ever gets hit by a vehicle.
I’m impressed by this design, though - it manages to be even more ridiculous than that scam elevated-bus from China. I especially like the design that allows it to crouch down to avoid obstacles, where all vehicles on the road that might interfere with that action magically aren’t there.

Must… also… paper… over… blatant… impossibility… of… design… with… misleading… videos!

The Chinese tried to make it happen

It was quite successful - in that it was only ever intended to be a scam. What was weird was how many people bought into it, despite the fact that even a small amount of common sense indicated that it couldn’t possibly work.

Excellent points! Especially the last one. But they’ll never ever crash, will they?

Also as long as it never, ever gets hit by a vehicle.

That was the first thing that came to mind looking at the image:

The first time some drunk or distracted driver goes plowing into one of those supports, (even at low velocity) it’s all bad.

Gee, what happens to a gyroscope when you try to make it turn a corner or climb a hill?

Going to be some amusing stresses on those tiny little Trump feet it uses for stability.

And if it derails…that gyro effect is really going to be amusing.

I don’t see clearance being a problem.

Man, this sounds great! If only major Metropolitan cities had a system like this…

Solution: Take the cars off the road!

You know, where drunk and distracted drivers wouldn’t be a problem,

Looking at that picture, the other thing that comes to mind is how lucky it was that the vehicle on the left wasn’t above anything taller than a sedan car! It wouldn’t have been able to duck down, otherwise! (Although I actually think it’s squashing some of those cars, anyways.)
I’m reminded of things I used to come up with when I was in the fourth grade - I’d invent some absurd gadget and elaborate on it, completely failing to think through the most basic logistics that would have prevented it from working.

Given how low they show the things going, an SUV or small truck would be an impediment…

You know, where drunk and distracted drivers wouldn’t be a problem

It’s always been abundantly clear that the first thing you’d need, in order to mass market a flying car, is a completely, 100% non-user controlled, autopilot system. That would be a definite precondition for the development of the technology.

Man, this sounds great! If only major Metropolitan cities had a system like this…

It really is amazing how many people seem intent on re-inventing public transportation, seemingly without being aware that it exists…

Now where would the fun be in that?!

The FAA’s NextGen flight control system that is currently being fielded across the US is trying to do just that. (The congress approved fast-tracked implementation is 100% complete bullshit as it is being forced down the throats of unsuspecting communities. Concentrated aircraft noise and low level flight is the new industrial pollution of the century Automated flight? The FAA can go to hell.)

Which would be better, a gyro bus or a doner kebus?