"I wish I’d torn that ticket up." Tales of lottery winners' regret

Originally published at: "I wish I'd torn that ticket up." Tales of lottery winners' regret | Boing Boing

Apparently, this is a rare phenomenon, though. The vast majority live happy lives after winning. 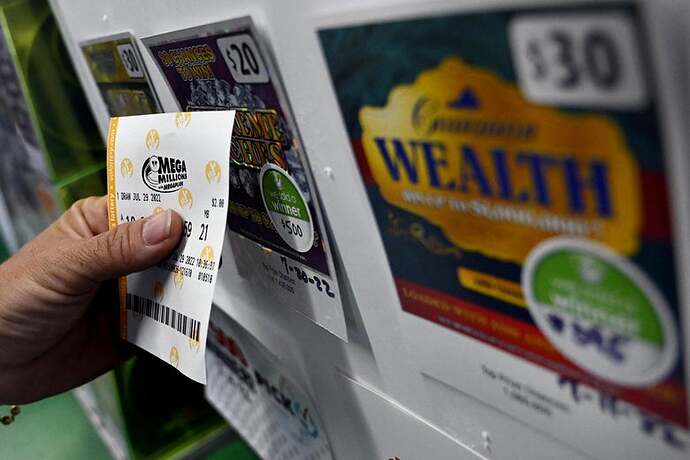 This makes so much sense to me. A certain amount of post-winning drama makes sense, because some people just live with drama. I think most people would put a big chunk in the bank, make a few silly purchases, and then live much more comfortable lives.

When I was a teenager I used to do handyman type work in Detroit. I was reglazing and painting some windows on an old house in a not so nice neighborhood. I got to talking to the owner, she had recently won a very large lottery. I asked why still here.

She gave away the first payment and made a couple big purchases and had to wait a year for the next payment.

Back then there were no cash payouts and no 877 Cash Now companies buying annuities.

Hopefully she figured out how do manage it, very nice lady.

The biggest pitfall seems to be the friends and family members and co-workers and (if the win makes the news) strangers who show up looking for a handout. Drug addiction is the second-biggest trap.

Keep the win quiet, find a money manager who’ll act as a fiduciary (this can be as simple as investing in no-fee index funds), get a lawyer from a big firm and do some estate planning, don’t spend on flashy stuff, slowly upgrade your lifestyle, and everything will be fine.

I think it’s the part of us that wants to think that all our hard work earning money was for something. No one wants to feel like a sucker

I don’t buy lottery tickets, but on the fantasy that i would win i know i’d try to keep it as quiet as possible and save as much of it as i can for retirement and investing

My parents won the lottery in 1989 ($10m). They were smart people, investing some, dispersing a little to me and my six siblings yearly, and doing the travelling they wanted to do. Aside from making some of my sibs into assholes, there really wasn’t a bad thing that happened. Certainly, we discovered a whole slew of “friends from back then” and cousins we never knew existed, and news stations calling for a story, which my parents ignored.

Both of my parents lived through the Depression as kids so I think maybe that had some impact on their ability to not turn their winnings into losses.

That said, I wouldn’t wish winning the lottery on anyone.

I noticed recently that a Massachusetts lottery winner created a trust that took the payment, I guess MA is one a few states where you can do that. This way your name doesn’t appear online as the winner, which seems key: no distant relatives or old friends to appear out of the woodwork.

And anyway, there are plenty of people who cash in on other huge windfalls and do fine-- Myspace Tom, travels the world living life. And there are people born to great wealth who can’t handle it at all.

I usually don’t either but I made an exception for last Friday’s Megamillions drawing. Twenty bucks with a two dollar return was enough self taxation for me for a while.

It soo would have been worth it! I’d make it work.

This is some surprisingly useful advice for something that will never happen (I would also read a detailed account of how to survive if I were abandoned on Mars, but Andy Weir already took care of that for me).

r/AskReddit - What's the happiest 5-word sentence you could hear?

Here’s the classic reddit thread about what to do if you are unlucky enough to win the lottery:

r/AskReddit - What's the happiest 5-word sentence you could hear?

Reposted in a bit easier to read format here:

r/LifeProTips - LPT: If you ever win the lottery, always take the lump and...

When the nominal expected return is greater than $2 (i.e., $600M in PV), I’ll drop $20 on it. So every couple of years or so. It’s a perfectly harmless license to day dream. In my 10 lottery draws, I won nothing and matched like three numbers over all.

Came here to say exactly this.

The repeating of the few stories that show things going wrong post-lottery win reinforce the myth that the rich are great and even if a poor person happened to get rich they’re too stupid to not be poor again.

They reinforce current structure of society and allow the middle-class and wealthy to mock the poor one more time.

Back when the UK Lottery was new, I heard a tale of a couple who won a jackpot. They took a bunch of their friends on a luxury holiday to some island paradise; including flights on Concorde. When they got back, one of the couple said, “Well, that was nice while it lasted”. The other replied, “We’ve only spent the interest we earned while planning the holiday”.

Winning in the UK at least means you only pay tax on your ticket, not on your winnings. This avoids some of the nasty shocks that seem to happen to American winners.

I don’t buy lottery tickets, but on the fantasy that i would win i know i’d try to keep it as quiet as possible and save as much of it as i can for retirement and investing

It’s a good policy with any financial windfall, not just lottery wins. People who come into money through inheritances or through cashing out stock options or businesses also end up in the same trouble if it becomes widely known.

Here’s the standard advice for a smaller windfall [warning for some racist language].

Apparently, this is a rare phenomenon, though. The vast majority live happy lives after winning.

It’s hard to study. But much of my impression came from this old episode of This American Life, where a guy whose job for a financial company involved talking to thousands of lottery winners told about what he’s seen: 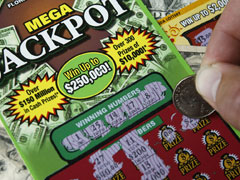 Show Me The Annuity - This American Life

This American Life producer Alex Blumberg talks with Ed Ugel, who had a very unusual dream job: He bought jackpots from lottery winners.

Could be that he exaggerated his experience to help sell books, I suppose.

Funny how that reddit thread mentions that $1million winners don’t seem to have the curse, which sounds right. I know a guy who won a million off a scratch ticket-- he paid off his mortgage, paid off credit card debt, bought a new car, and that’s it, back to work.

A million bucks ain’t what it used to be. 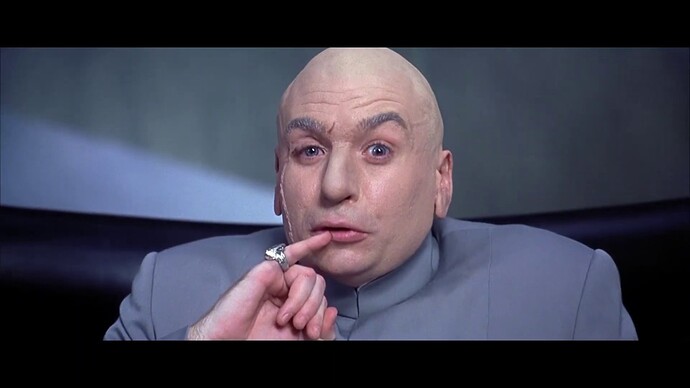 I would be willing to risk future regret.

It makes 100% sense to me that the size of the windfall matters. If you win single-digit millions, it’s a life-changing sum, but it’s not a life-wrecking one. Whereas if you get a few hundred million dollars, you’re going to be in over your head almost no matter what.