IMF: Cheap oil will bankrupt the Saudis in five years

destabilize one of the worst regimes

Venezuela is already out of cash (not surprisingly, given all the great stupid ideas of the “Revolution”). When you need oil to be at 100$ or more to break even…

And here I thought the current oil glut was being maintained for the purpose of bankrupting Russia.

I’m a tutor, and all but one of my current clients are Saudi nationals studying comp-sci at RIT. Apparently a great deal of that oil money is going towards massive investment in infrastructure; a third of my clients are working on educational infrastructure recommendations as their grad student projects. They’re very much aware that the oil won’t last forever, and are looking to the future, with SA becoming the service capital of the region for education and the like (whether that will work or not is an open question).

It’s actually been very interesting, talking with them on their country; ironically (and perhaps unsurprisingly), I know more about the politics of their country than some of them do.

You don’t mention how fracking plays into this - a HUGE part of the US’s energy comes from natural gas these days, which is, like, a bit better than paying the Saudi’s for it?

And the more people’s water catches on fire, the more likely we are to see the consequences of our unholy watt-lust and consider possible alternatives!

There’s just the small issue that building infrastructure for an industry that doesn’t exist yet usually doesn’t pan out.

Well, you’ve got to start somewhere…

And they’ve made a pretty decent start, from what I’ve seen; one of my clients’ projects is picking a computer lab emulation system to replace the existing hardware labs for Jazan University, so that students at the satellite campuses will have access to the same material. 9 years old, and already has an enrollment of ~30,000.

Maybe they’ll fail, maybe they’ll succeed. I don’t know. I just know that the Saudis I’ve been working with have been decent people, on the average.

This is a very confused post. Is oil under $50 a barrel a good thing or a bad thing? If it’s bad then we should stay away from renewables. It seems that Cory believes “subsidizing” petroleum is “not using regulation to suppress its exploration, harvesting, and production of petroleum”.

How about we not subsidize the solar industry (since we already found out how bad that works in 2009) and we not keep a boot on the throat of the petroleum industry and just see how things work out. The Saudi’s economic system won’t work for long in Saudi Arabia and Norway is re-examining it as well. So, just let it be.

I was under the impression that the current low price of oil was due to the Saudis themselves flooding the market, in order to make US/Canadian/Russian production unprofitable.

What ever happened to “peak oil”??

There were lots of decent people in (name withheld to avoid Godwinisation) too.

So I have no doubt there are decent Saudis…they’re just not the ones who are chopping off heads and hands, and preventing dangerous actions like women driving cars.

destabilize one of the worst regimes on the planet

While not a big fan of the Saudis, you think they are bad now, destabilize them and see what happens. Saddam was a murdering insane person with an authoritarian government, but he kept Iraq pretty stable. If there is one lesson we should have learned from over a decade of war and the recent uprisings - give that area freedom and the violent extremists will be able to gain a foot hold.

I think the only way to bring more democracy is like what perhaps Qatar is (or was) doing with policy reforms that modernize the nation slowly.

Also - I think all they would have to do is alter budgets. I am surprised they aren’t more diversified in investments. But through much of history, oil hasn’t been near $50 a barrel. I have also heard the Saudis are riding it out as some of our more expensive domestic oil sources can’t compete at $50, but their increased out put has lead to a dip in prices. But if they get too unprofitable, they will shutter operations and the middle east prices go up again. 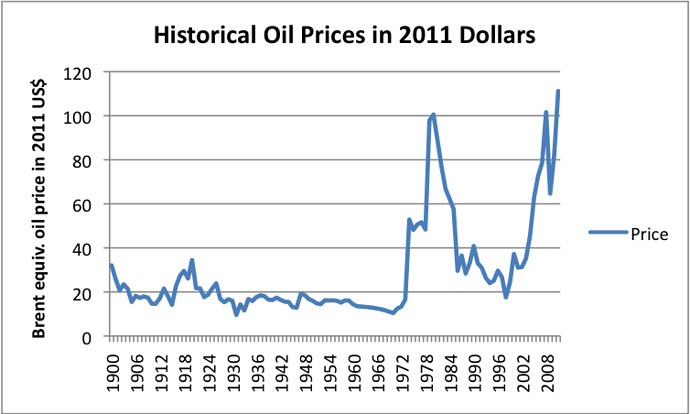 But what happens when we replace oil with something else and demand drops out the bottom? Right now, we say preposterous! Demand for oil won’t go down! But wait ten, twenty, thirty years… renewable sources are on the rise. When oil becomes just one of many fuels, instead of the thing we are most dependent on, that’s when the Middle East’s influence will wane.

(This is off WikiPoo)

which is up from 5 years previous…

From 2% to 16% in 5 years… of course there are measurement differences. But the point is that renewables are becoming a serious reality. Will it be 30% in ten years? 50% in 20? Where is that threshold where oil no longer has us locked up in the same old geopolitical patterns? I think that day is coming sooner than we think.

With enough subsidized crude, it’s possible that the West could bankrupt the Saudis and destabilize one of the worst regimes on the planet[…]

Yeah, like the US is going to destabilize their own client state. If anything, these low oil prices are the Saudis’ decision since it hammers both their competitors (unconventional oil production) as well as their enemies (Iran), and serves US geopolitical interests by making sanctions against Russia, Venezuela, etc, bite much harder. There are other factors at work here like a glut in energy supply and weak global economic growth, but Saudi Arabia is the world’s largest producer, so they can raise prices single handedly if they decide to cut their production.

Because of the Iran deal, Iranian oil will soon get into the mix, which will probably help oil prices stay low.

it is time for a clever young person step up to invent the shipstone (per Robert Heinlein). And everyone install solar shingles.

The Saudi Monarchy is a scar on the human soul, but rapid destabilization IS scarier

One thing not mentioned is the fact that each country’s break-even price is based on vastly different cost structures and expenditures.

For example, production costs in off-shore drilling are outrageous - exploration, equipment, personnel, and transportation costs constitute a far greater percentage of the price per barrel compared to a typical Saudi well that is already drilled and has been consistently producing for a few decades.

The fact that the Saudi break-even point is >$100 simply reflects that they are enjoying HUGE margins and that more of the revenue is being distributed across governmental subsidies and social infrastructure instead of the actual costs involved with taking a barrel of oil out of the ground.

If the Saudi’s feel threatened by a prolonged market collapse, they simply need to shift their expenditures away from propping up their lavish society. Or they could easily curtail production in order to boost profits…or both. I’ve heard the actual per barrel production costs in the ME are really closer to $10-20/barrel anyway.

If the Saudi’s feel threatened by a prolonged market collapse, they simply need to shift their expenditures away from propping up their lavish society. Or they could easily curtail production in order to boost profits…or both. I’ve heard the actual per barrel production costs in the ME are really closer to $10-20/barrel anyway.

The Saudis don’t feel threatened. They are flooding the market and refuse to budge. They don’t want to give their competitors an advantage just to prop up prices. They’d rather take a loss for a while because they want to destabilize their competition.

I also would bet they feel they can adjust faster and better than anyone else, if they need to. I.e. they could cease production at their desert facilities, leave them vacant and then restart them with less effort compared to the offshore rigs and remote work that other countries have to go through to produce oil. Plus they can pay their workers next to nothing, since they control a feudal system. The Saudis are fairly “light on their feet” when it comes to oil production, and they know how much power they wield over the marketplace. Currently a lot. Not total control, but a lot.

The thing they don’t control is demand, which is why I posted what I posted above. 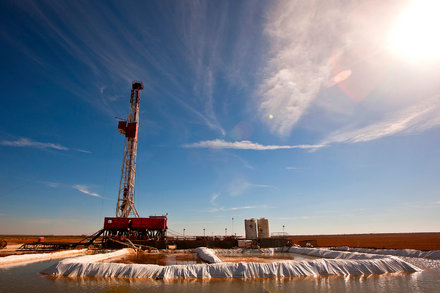 Oil Prices: What to Make of the Volatility

Over the last two and a half years, the oil industry experienced its deepest downturn since at least the 1990s.