Inexplicable Events from your Youth

Stuff happens when you’re young, that you’re not emotionally mature enough to understand. Without getting too grim, what do you remember from when you were a kid that you could never figure out, or that took you many years to work out?

Here’s one… My father gave my mother a mushroom covered toilet seat for her birthday. At the time, she seemed grateful, but I don’t really think I understood what was going on. 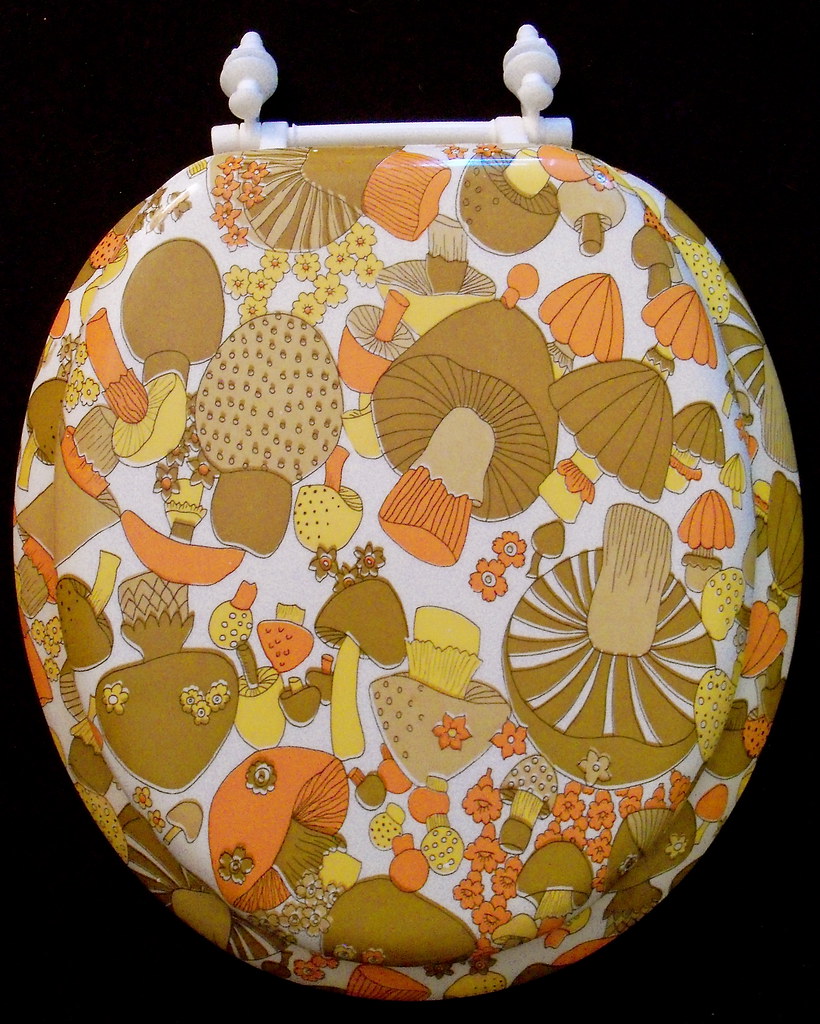 I managed to find a picture of the seat, though the original one is long gone.

When I was a young teenager, my mom thought that I was a bit too heavy for my height, so she brought me to the pediatrician to discuss my diet. I remember the doctors’ assistant asking me about what I ate during typical meals, and she wrote it all down and left the exam room, leaving the door open a little bit. Then I overheard her and the doctor, discussing the food I ate, and the doctor pointed out all the things that I supposedly over ate… I distinctly remember the surprised shock that the doctor expressed when he noted that I drank two pints of chocolate milk with my lunch!

It wasn’t until years later that I realized that the whole thing was a sort of non-confrontational, passive-aggressive exercise to criticize how I ate without directly criticizing me. And my diet wasn’t really all that bad after all. I just hadn’t hit my teenaged growth spirts yet.

Without getting too grim,

That caveat seems a good idea.

I didn’t initially recognize that husky was a euphemism for something. I thought that was the section where they sold corduroy pants.

Which I cannot wear to this day!

I know I have some stories for here, but I need to think longer.

but I need to think longer.

Took me six or seven tries to come up innocuous. Take your time!

I briefly thought there was some sort of zoning regulation for special ed kids. Like they had a neighborhood or something. Seemed unfair, i remember that!

I remember the night (around 8 years old) my dad sat me down to tell me that my mom had died when I was a baby, which my stepmom claims I had to have known all along - because she would always tell me the lady in the photographs was my mom.
It took me a while to work through that one. I think my stepmom was always rather straightforward, while dad’s side of the family tended to clam up about family issues.

Well, maybe. I can’t predict how I would have reacted if the doctor had just treated me like an adult, and said that I should cut back on the chocolate milk. I would think that I would have taken it ok, but I was a fairly insecure 12 year old.

I distinctly remember asking Santa at the mall for all of the He-Man action figures. When I “only” got Castle Grayskull I was very disappointed. My mom quickly pointed to the picture on the box and said that Santa must have thought they were included. Totally worked.

I figured it out eventually after my parents told me that Santa wasn’t a real person. They told me that he was the “spirit of giving” which always struck me as a smooth way to get around the lying to kids thing.

Oh also there was this time when I went with a school friend to a class at a hospital. It was one of those deals where they try to help keep kids from freaking out before surgery. I guess I was there for moral support but I could never figure out what the surgery was for. All that really stands out is them saying that the large circular light over the table was not a UFO.