They don’t have to give up their guns. They have to agree to reasonable control on purchase, and control of military style weapons.

One step at a time.

One step at a time.

Wouldn’t it be nice if more people were that reasonable.

However, even a lot of people who don’t have guns think that gun control is part of a multipronged liberal/government plot, all aimed at “stealing our freedom.” The fear of slippery slopes is very strong.

I’ve wondered about this, and I think you’re right. It’s like a dystopian version of the kids in an old 1930s Mickey Rooney-Judy Garland film.

I also think the zeitgeist is just right for this movement. In the last year or so, we’ve seen empowering marches for women and science that are starting to have an impact on elections. We’ve had a spate of these horrifying shootings, and no one has done a damn thing. We’ve got a feckless Congress and a president no one with any sense likes or wants to follow. And we’re sick as a society of the NRA warping the 2nd Amendment to their agenda. The time is ripe for these people on the cusp of adulthood to take the lead on this issue, and more power to them. May their children never know the kind of fear that they’ve had to grow up with.

All of the above, but also, I think it is in part, your memory. Teens have become outraged and demonstrated before. But it’s really hard to maintain it long enough to make a difference, which is why we don’t remember the other times.

I don’t want to jinx it, but I do want to know how to capture and reproduce it if possible: what seems to be making this time different?

You have a group of young adults who have lived their lives in fear of something like this happening (see also: Students substitute gun control protest for active shooter drill).

I know how we all love to take the piss out of millennials, but let’s get serious for a minute here. These are teenagers and young but legal adults who have lived their lives in fear of exactly this type of incident happening. They have seen that no matter how many times this happens, those in power do nothing to prevent it. They see those in power doing everything they can to strip away civil liberties and social programs – removing their future safety nets while at the same time lining the coffers of the ultra rich. They see their family, friends, and others being hurt by overt racism, classism, homophobia, sexism, discrimination, and see how those who support these views are the ones running the show right now.

They are rightly pissed the fuck off and are tired of this shit.

We’re long overdue for a youth and counterculture uprising. If these students can be the catalyst for this, I say more power to them.

No no no, didn’t you get the memo? Young people cannot organize. Therefore George Soros did it.

My secondary school organised two student strikes when I was there, with no help from any teachers (Who were at neutral at best) or anyone outside the school.

Teens have become outraged and demonstrated before.

(Presumably, Soros was behind this, as well.)

(Presumably, Soros was behind this, as well.)

Well sure, he’s behind everything even vaguely on the left. LIBTARDS can’t think for themselves, don’tcha know.

A couple of good overviews: 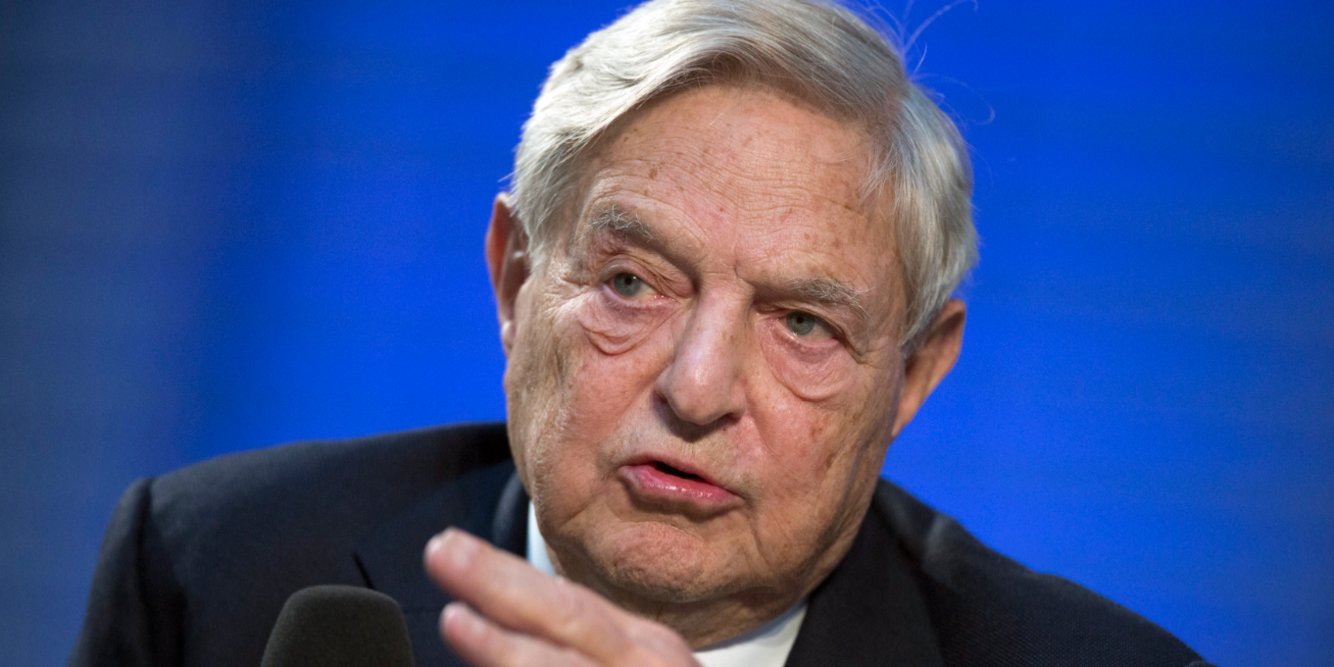 For more than 20 years, Soros has been the target of some of the most outrageous conspiracy theories.

All of the above, and maybe also - they’re in a blue area, so they don’t get (as it were) shot down by adults who harbor fears of gun confiscation; they’re possibly from more privileged backgrounds, so they have not been told so much that nobody wants to hear what they have to say; and they may feel that the overall political system is hostile to them (as it kind of is) so they feel more urgency about taking action.

There is something quite wrong when a 13 year old can buy a weapon, but is cockblocked from buying cigarettes, beer, a skin magazine, or lottery tickets: 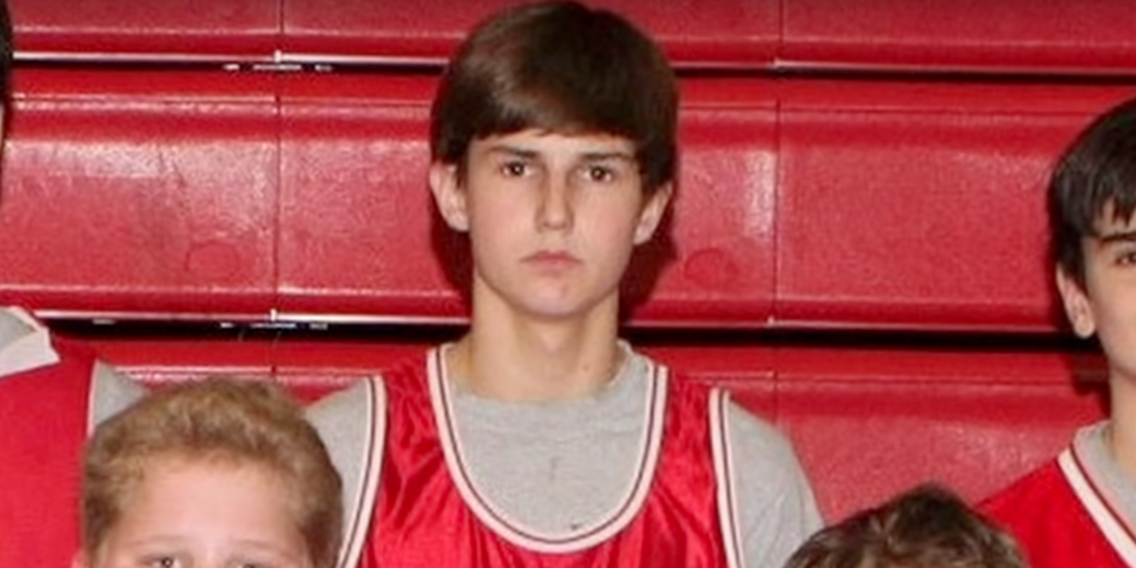 It was more difficult for a Virginia teenager to purchase lottery tickets than it was to buy a gun.

Also, to add to your list, it may be that these schoolkids will outlive the majority of NRA types and realise time and momentum - both this ‘now’ and the long term - is on their side as their demographic increases and the old guys’ diminishes. But I am unfamiliar with NRA/gun-lover demographics in the USA so this is pure speculation (or may be wishful thinking).

ETA I forgot to say that lots of them will be voting soon, if they haven’t already.

All very good points. In addition to living under this shadow for most of their lives, they’ve also lived with the ability to organise via the Internet and social media all of their lives. For all that “move fast and break things” when practised by companies like Facebook has led to destructive results, teenagers are more inclined than ever to use those tactics and digital tools to spread their message quickly. They’re used to sharing their lives with the general public in a way that most people over age 40 aren’t.

That’s not to say that the forces opposing them aren’t using them, too. In addition to the whole social media push by the usual egregious scumbags trying to portray the survivors as “crisis actors” in thrall to the puppetmaster (((Soros))), the Russian botnets were turned around on a bloody dime to help spread the FUD and BS:

Bots tied to Russian propaganda are sending gun-related tweets, despite Twitter's vow to stop them.

The kids are fighting back, though:

Courageous Grieving and The Tragedy In Parkland

How students are fighting lies, half-truths, and hypocrisy in the wake of the Florida school shooting

I know ‘class’ is a difficult subject to pin down, but these young adults that have got the ball rolling on pushing the NRA back into its hole are from well off, ‘upper middle class’ families, typically in Parkland $125K/household and up; their parents are well educated and focused on their children having a future; their parents have shown them how to plan and organize over the years; they have family emotional and financial backing for the phone bills, travel costs and all the minutia that makes up a campaign such as this; and the students understand creating rational arguments and presenting them to the public.
Notice that the NRA hasn’t said a damned word since this shooting and the student response. They are probably crapping themselves trying to strategize their way out of the storm coming at them and can’t see any way to respond to victims that are the perfect age to call both the NRA and their paid-for politicians to account.

The safety of our school children must override the rights of gun ownership. Period. Its simple and irrefutable.

It is refutable, or at least counter arguable. You want a change, you think the change will result in fewer mass shootings. The counter arguments can be “it won’t”, or “it will, but it results in loss of life elsewhere, like bird flying into a wind farm are visible, but all the birds that would die if we didn’t have the wind farm and made that energy with coal are scattered all over the forest and you won’t notice”.

Now depending on what the change is, I personally expect that you can get very different results.

We use to have a ban on “assault type weapons”, which seemed silly to me because it was based far more on what a weapon looked like then how it operated. However after it was repealed (or expired?) the mass shooting rate has gone up. So I would figure this would be good to reinstate, it has proven useful, and needing to pick a weapon based on what it does not how it looks will never interfere with self defense, and have only a minor impact on hunting. It seems like a great idea.

On the other hand deciding “no guns at all” runs a higher chance of actually getting people killed by abusave ex-boyfriends (or less commonly by ex-girlfriends). It runs a higher risk of people that would have been armed not being able to run off robbers, and getting killed (it also may actually have a chance of people NOT attempting to run off robbers, and getting themselves killed because they aren’t very good at it). I don’t have numbers here because it isn’t something we have done here, and doing it elsewhere brings in a lot of variables we don’t have. I will note that other countries have attempted this, and mass shootings have gone down, but I’m not sure anyone has done a great study of “violence no longer prevented by gun” in those countries. (if someone knows of such a study, definitely point me at it!). Note: I’m not saying this is a bad idea, just that it actually could be, and I have nothing usefully fact based here.

I think we want something like the assault ban, and more then that, but probably less then “no guns”…but that is getting away from the “yeah, actually people can refute this”. You may not like it. I may not like it. But it seems to be true.

The only thing the assault ban could have possibly done is introduce magazine limits. Nothing else. It was otherwise comically cosmetic.

Also, I’d like to add that the central point doesn’t need to be argued. Because these things are decided by debate but by votes. And as it stands, there simply isn’t near enough votes to repeal the second amendment.

What I never understand when listening to people going on about Doing Something is where they propose to conjure up the votes from.

Is it because it’s Boing-Boing, or does anyone else see echoes of Cory’s books “Little Brother” and “Homeland” in the amazingly quick organization of these people (I don’t want to use the term “kids” for them, they are too activist and too mature-acting - at least the ones I have hear speak on television and here in Tallahassee)

.@DLoesch, to Emma Gonzalez, student: "I'm so proud of you for being so politically active. I was a politically active teen myself, and that's why I'm on this stage right now. Think of how far you can go." Shout from the crowd: "IF THEY LIVE TO DO IT"
10 Likes
TheMcCooley 22 February 2018 08:51 #28

What was different about Columbine and Sandy Hook? Democratic presidents. If anything was changed it would have been fascist commies coming for your gun. Hopefully now, with the pro-gun party in power, sensible changes can be made without immediate hysterical dismissal by the right.

Loesch and Rubio didn’t know what hit them at that town hall. The crowd, the victim’s father (the strength that took – unimaginable), the students, the teacher, all of them coming at these two priests of Moloch from every angle.