Dumb question, but who was pining for a “better phone”?

I just finished reading a book that I (and legions of others) highly recommend:

“The Innovator’s Dilemma,” Christensen separates new technology into two categories: sustaining and disruptive. Sustaining technology relies on incremental improvements to an already established technology. Disruptive technology lacks refinement, often has performance problems because it is new, appeals to a limited audience and may not yet have a proven practical application.

The gist of which is, if you compete head-on with incumbents (like iPhone or Android phone), you have to come in as a disruptive technology at a much lower price.

To the incumbents, the Essential Phone is not disruptive - it merely has some slightly better features which incumbents can easily adopt.

The financial numbers do not compute. Late stage capitalism.

if you compete head-on with incumbents (like iPhone or Android phone), you have to come in as a disruptive technology at a much lower price.

Does that apply to the original iPhone? When it was launched it did less and cost more than the competition.

the incumbents in the market are Apple and Samsung. EssentialsPhone runs Android as it’s software.

I never heard of this phone until I saw the TV commercials. I still don’t anything about it and the price has me less interested than before.

I hope Sprint made it worthwhile for them.

That seems like a lot of momentum to use up on a small carrier-exclusive launch.

It wasn’t disruptive, it was paradigm shifting. Or ‘sustaining’ by making an incremental improvement to all aspects of available phones, all at one go. No one change was huge, but the QA/QC drove it home.

This phone appears to be neither disruptive or sustaining. 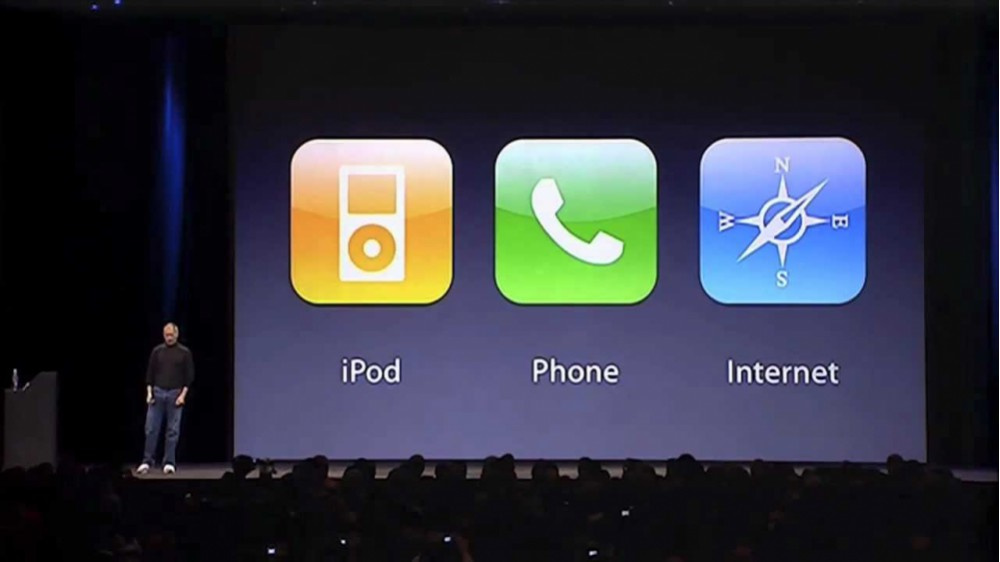 I would like a phone that doesn’t suck. I do not want to pay apple money for it. This is phone costs apple money.

Does that apply to the original iPhone? When it was launched it did less and cost more than the competition.

It had capacitive multi-touch, which changed everything.

There were two groups that didn’t get the iPhone: cellular executives and tech nerds.

Instead of mocking an “iPhone killer” for its hubris, I’m lamenting how impossible it is for a little guy to compete in a so called “free market.” The best innovations you know and love came from guys working from their garage. Now you can’t even afford to live in a Bay Area garage.

As the guy who took the screen shot, I wasn’t really trying to mock the phone (which I’m disappointed to see flame out). I was mocking the tech press in their excitement to label everything an iPhone killer just to be shown wrong again and again.

Funny thing is, I might have bought this thing two months ago - if I could have.

In fact, I can’t even now. While they have a website for over here, you can’t even pre-order.

And it’s becoming less interesting with every news I hear.

Pity. I’d love to get a proper device with a pure android, and the chance of proper updates for the years to come.

Seems I probably have to go for a HDM NOKIA, maybe. Which is a bit of a bummer given their cameras, my most-used feature (besides messengers and the web browser).

Dumb question, but who was pining for a “better phone”?

Personally I pine for a dumber phone.

Any luck yet finding one that doesn’t use 2G @beschizza?

The gist of which is, if you compete head-on with incumbents (like iPhone or Android phone), you have to come in as a disruptive technology at a much lower price.

Disruptive products are frequently not cheaper. They do however actually have to disrupt. Apple’s original iPod cost more then other MP3 players on the market, was heavier/more bulky then some, and smaller/lighter then others. They just managed to hit a sweet spot on weight/bulk vs. storage capacity (it stored 5G of songs vs. 20G for the larger competition, or ~64M for the smaller competitors). It also had a significant ease of use advantage.

It was probably the ease of use thing that made it successful. For most people the other MP3 players were so hard to use they might as well of not existed. I don’t have any proof of that though

The GUI wasn’t cheaper then command line interfaces, but I’ll argue it too was a disruptive innovation.

As far as I can tell the problem with the essential phone isn’t the price, but that there just isn’t anything disruptive about it.

Markets and competition are corny. Tech businesses still think in terms of industrial manufacture economies of scale which were old 100 years ago. Which results in “me-too” innovators and customers, where one product “innovates” (which is typically a re-marketed version of something from before) and then others react to it for years. No “iPhone killer” is going to simply be a thing that offers similar form, features, and service to the iPhone.

What we need is for every company to be offering fundamentally different kinds of phone. Different hardware and UI, for people with different needs. Instead of striving for an ideal lowest-common-denominator “good enough” for everyone, simply to sell more of them.

It’s like a supermarket that only offers ice cream. And not only that, but only different companies’ interpretation of strawberry ice cream. Because it’s cheaper and easier for them if they can produce only that, and cultivate that expectation in consumers.

There is always that guy who goes “But the (some other phone) did that first!” Apple wasn’t first with full screen phones. Not first with capacitive multitouch. Not first with a real web browser. They never consider that those features were completely halfassed on the other phones and typically running some hacked up Symbian monstrosity where even basic functions were hidden 5 menus deep and past all of the vendor bloatware.

Apple dropped a phone that got rid of all of the old bullshit (although to be fair, it came with it’s own bullshit like no apps and requiring AT&T) and put out a device where the UI was designed from the ground up to work consistently and sanely across all parts of the device.

They were able to win so much because everybody else was doing it wrong for stupid reasons. Corporate inertia opened up a huge market opportunity and Apple seized it.

Any luck yet finding one that doesn’t use 2G @beschizza?

It also had something resembling a competent browser; which was deeply atypical for the period.