Judging by the way he was wielding that stanley knife i’d say this looks like an earlier injury.

Seriously though, anyone got a line on those Mohs scale scratcher things he has? Hopefully they aren’t $$$$.

They look to run a little over $100 for the kit on Amazon.

Aw… well… probably a worthy price. I’ll have to get one when I want to step up my geology game.

I had to stop watching. I can put up with a bit of jokey Apple Bashing at the start, but just got fed up and turned him off after the bit about Apple not including dongles because they are pure profit for Apple and “everyone has to buy them anyway.”

No, everyone DOESN’T have to buy them. I don’t. I use bluetooth headphones and like them just fine. And no, I DON’T use Apple Pod things because nothing Apple makes that is supposed to go into my ears will stay in.

If you’re someone who really MUST have headphones connected by a jack (a very reasonable thing to want), are you going to buy a thousand dollar phone without one and then buy a ludicrous dongle that is always hanging off it so you can use the headphones?

I, personally, would jump ship from Apple at that time. (Fortunately, I really didn’t care when they got rid of the jack.)

Anyway, yeah, Apple’s not a perfect company and blah blah blah I’ve been brainwashed and I’m a sheep and everything. I got you covered.

ETA: Sorry if this sounds like a downer post! While it involves pet peeves of mine, I’m not fuming at the guy who made the video or anything! He’s free to make the videos he wants to make!

Ok, now let’s see him do that after the phone is properly installed in an Otter Box.

I’ve had Moh’s surgery. Not fun (cauterization is teh malzors). My head was not that hard I suppose. Except when i refused sunscreen whilst driving around in a convertible rabbit for 15 years…

Kids (that’s any of you less than 45 years) - please put on sunscreen. Moh’s surgery isn’t worth the coolness factor of painful sunburns.

I think I remember for one geo test having do id using only the samples provided, some water, HCl, and the information we had from class. 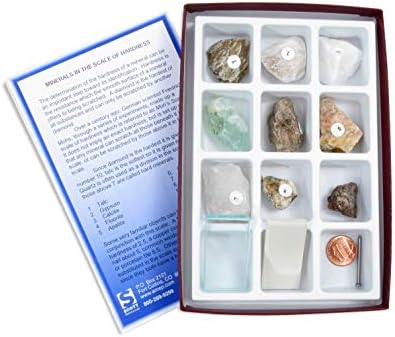 It is completely possible to use mineral samples to test hardness of other objects- not to a great deal of precision with a kit like this, but it is possible to do it like they used to in the olden times. Then again, on these tests there were minimal controls on the angle, surface of instrument used, guestamated pressure, length of scratch etc. I’m betting it isn’t too much more accurate. The expensive tool set is awesome, and I want one but don’t need one. That said I think I’ll get this kit for my kids when they are old enough.

I still have a nice rock hammer.

What, no hammer time?

Snark aside, I just realized that this unmaker has probably bought way more iphones than I ever have (or ever will), merely to show that, yes, you can damage things if you have the tools and talent for it.

That’s true, you can get a general hardness from common household items and known minerals. I more or less have that already. But you gotta admit that kit is cool.