Is there no counterculture anymore? 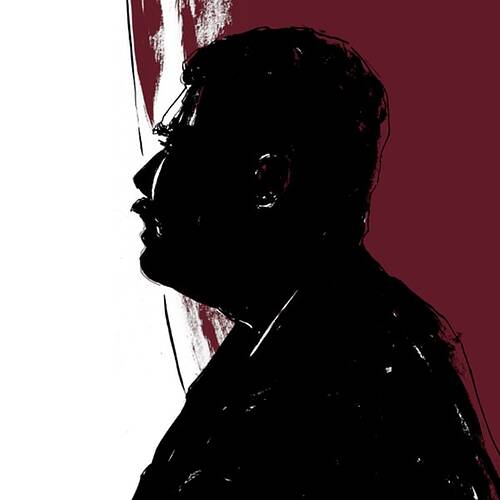 Normally, I’d just put this in the thoughtful stories thread, but it seems like this crowd could make this a meaningful conversation that probably needs it’s own thread…

So much over the last 40 years has been co-opted, appropriated and ‘occupied…’

There’s too many subcultures for one counterculture anymore.

Was there ever a single counterculture? Even in the 60s, it seems like the term was used as a catchall for all kinds of stuff happening.

I imagine the ease of finding like-minded people in the information age has changed the nature of social rebellion in a lot of ways. In some respects no one is really an “outsider” anymore, because no matter how obscure one’s musical tastes or fashion choices or political leanings or sexual preferences it’s still a trivial matter to find a community of peers.

But how was that any different from a time when outsider culture was shared via things like zines, alternative weeklies, tape-trading, or mail art? I think it was harder to discover niche culture, but that was still how people with odd perspectives connected.

It’s true that like-minded niche cultures had ways of connecting with each other before the internet, but I suspect that having to put in an effort to make those connections was part of what made finding a community feel so fulfilling.

Hmmm… maybe? But is community any less fulfilling as long as it’s real? There are probably any number of message boards or whatever dedicated to any particular kind of niche activity, but that doesn’t mean that the community that emerges will be a good one. I’d argue that a community being fulfilling is less a function of a shared interest, and more about clicking in other ways, and taking the time and effort to build up positive relations in general. A good community doesn’t just happen because a group of people show up to a place, it takes time to build it up in a meaningful way.

There are probably any number of message boards or whatever dedicated to any particular kind of niche activity, but that doesn’t mean that the community that emerges will be a good one.

Qanon, incels, etc. are definitely proof of that.

Perhaps it’s a mistake to look to capitalism to valorize counterculture? (As the article seems to do.)

I think zines and scenes were something that was relatively easy to access in bigger cities. But for those of us growing up in the countryside it would only be the internet that allowed connection to ones tribe

Yeah,all those points are kinda valid and it’s looking a bit grim.

Except point number - 7. Indie music and alt music are marginalized.

I’d argue that it’s the nature of indie and alt music to be marginalised. Except for a brief golden age in the late '70s up to the mid '80s when it was eclectic and weird, chart music has always been commercial. Some of it was good and became classic, some of it was just 'product’and is mostly forgotten. That’s still the case. You have artists like Weeknd or Rhianna moving the game on, and you have ‘artists’ like Ed Sheeran and Adele just shifting tons of units.

But indie and alternative music is still there, in live venues and on youtube. You just have to look a little harder to find it.

There was a thriving alternative culture here in Dublin up to a few years ago. It’s still too early to say if it has survived Covid…

Yeah, where I grew up, there were no zines. The only scenes that existed were small groups of punks and hippies and they all hung out together anyway.

But indie and alternative music is still there, in live venues and on youtube. You just have to look a little harder to find it.

I have found a lot of alternative and indie music on streaming services, just going off of the similar artists section of any bands profile.

Perhaps it’s a mistake to look to capitalism to valorize counterculture? (As the article seems to do.)

I might be suspicious of the motives of this article, but…

In the sociological sense, recuperation is the process by which politically radical ideas and images are twisted, co-opted, absorbed, defused, incorporated, annexed or commodified within media culture and bourgeois society, and thus become interpreted through a neutralized, innocuous or more socially conventional perspective. More broadly, it may refer to the cultural appropriation of any subversive symbols or ideas by mainstream culture. The concept of recuperation was formulated by members of ...

I’d argue that it’s the nature of indie and alt music to be marginalised. Except for a brief golden age in the late '70s up to the mid '80s when it was eclectic and weird,

I’d argue that things kept being weird through the 90s in the UK (and other parts of Europe), as a result of EDM being new and somewhat experimental.

The Orb getting a 39 minute 59 second long song into the UK top 10, then “performing” a short edit of it on Top of the Pops by sitting down and playing chess. The rules for the length of singles changed soon afterwards.

Moby getting a 1015bpm song into the UK top 40 (radio stations played the other songs on the single, for some reason)

The KLF. Need I say more?

Rollo and Sister Bliss’s stuff before Faithless. Lots of drag queens and genderfuckery.

And all of that was just what you could see on the surface.

Not to mention the Chemical Brothers, The Prodigy, Leftfield, Tricky and Fatboy Slim

Yeah, I feel like this is what the truth is. There’s just so many countercultures as well as so many massively popular countercultures that it is impossible to even come close to cataloging them in any sort of way to catch trends and with the speed of information and communication new communities spread like wildfire.

And many have been co-opted and splintered to some extent.

I would also disagree with the articles statement that everybody is encouraged to watch the same TV shows. In the 90’s tv shows were cancelled even though they had viewership higher than some of the most popular shows today.

“Telling jokes becomes a dangerous profession” feels weirdly out of place here. For one, has it actually, any more than anything else?

Comedians used to be arrested for jokes, so if anything, it’s gotten safer for them.