Damn, I hope it was all one guy.

Damn, I hope it was all one guy.

Article says they identified 5. Thats only 4k tweets each.

Did Macklemore send one? 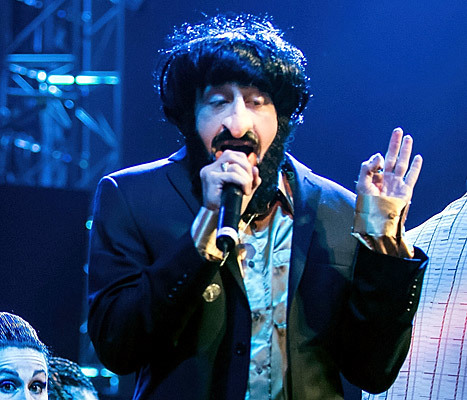 Why is anyone even remotely surprised by this? In a climate where it’s OK to bash Jews and Israel for anything, but one must always excuse the worst excesses of Islam or other Middle Eastern countries as “cultural differences” this is par for the course.

There are those who oppose Israeli policy, here there is much room for an intellectual discussion.
Then there are people who simply hate Jews and use the word Israel or Zionism as cover so they can dwell among the greater family of sane humans while they spray spittle along with their hate at those Jews.
Lastly there are the youtube commenter sports fan idiots who will find find anything hateful to scream at someone who beat their team.

I’m pretty sure Tel-Aviv is not in Europe.

I am pretty sure they won it, regardless.

That or it is just a jewish conspiracy the brotherhood hasn’t let me in on yet.

Israel is not accepted as an Asian or Middle Eastern country for most purposes due to Arab League and similar blockades in international committees. They have been part of many Europe block type memberships since the 70s since their western leaning alliances, culture, and commerce make it the easiest fit.

The Israeli football team played in the Oceania conference for years. UEFA makes more sense than that.

They’re in Eurovision, too!

I was under the impression that in Europe, when a rival sports team wins, especially if they’re foreigners, it’s expected to decry them and their entire people and nation?

“Oh, those dirty Portueguese! They had the refs on the take!”
“Stupid fucking Russians, bunch of drunken sheep fucking retards!”
“Goddamnit, how could we lose to a bunch of Frenchmen?”
Et cetera.

I mean, we’re talking the part of the world where RIOTS break out over the outcomes of soccer matches…

I can forgive you not knowing that Israel has a professional basketball club in the Euroleague. But how can you not know Israel takes part in Eurovision?

Where African soccer players get pelted with bananas, and so many people still have this notion that someday the grandchildren of the African workers they brought in to rebuild after the War will decide to “go home.”

America’s physical condition is decrepit and the political theter is nauseating, but Europe is screwed.

I find that most sports make the most sense when you view them as analogs for warfare.

People and cultures that value strength, competition, and clannish loyalty to arbitrary causes tend to have more wars and play more sports.

I’ve actually watched most of the Eurovision Song Contest this time but I don’t remember an israeli contestant. Were they knocked out in some sort of preliminary round or what?

I didn’t even know that Europe had a basketball Euroleague…

It was one of the biggest achievements of the Marshall Plan.

I’ve actually watched most of the Eurovision Song Contest this time but I don’t remember an israeli contestant. Were they knocked out in some sort of preliminary round or what?

They were robbed. Robbed, I tell you. (Last time I watched the Eurovision there were no preliminaries. I am old…)

Unfortunately not shocking. Too much of Europe is a bad place to be a Jew these days and for the types that buy into this kind of prejudice, nothing could possibly piss them off worse than Jews being strong and successful.

Note the difference between your example quotes and “Some of the Twitter messages suggested sending Jews to gas chambers or ovens.”

Note the difference between your example quotes and “Some of the Twitter messages suggested sending Jews to gas chambers or ovens.”

Also the failure to attach this to a nationality, but rather a religion. The hashtag had "Judos"in it with an expletive upfront. All jews are not Maccabi Tel-Aviv fans. It is so unfair to gas me for a team I do not follow.