It seems like Trump bribed the Florida attorney general

(3) To get someone to avoid doing something they shouldn’t (like paying a bribe to end threats or harassment).

Though depending on the circumstances that could be a subset of category 2.

Maybe. Would it count as “ransom” if the person was being paid to stop doing something that was legal but unethical or ill-advised?

Or, as in this case; may do you’re job but get paid not to.

That’s not a bribe, it’s a “campaign donation.” Here in the US, we don’t have rampant corruption of public officials.

So they shifted some money around to cover up the violation. As with Watergate, the cover-up is much worse than the original crime.

And what about accepting a bribe and doing your job anyway?

Trump is shit at cover-ups, too. 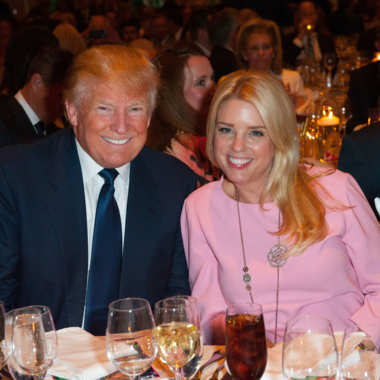 Mostly agree, but you skipped a case.

Under morals you assume that the briber is paying for the bribee to act in a corrupt fashion. If the briber is taking the only path that will result in the bribee acting ethically (for example bribing a judge to overturn a false conviction) then to fail to bribe could be considered immoral.

@d_r, I have a small collection of expired New Jersey “Get Out of Jail Free” PBA cards. A (now deceased) NJ Sheriff used to give me one every year. They totally work! I’ve never seen one of the non-expiring silver or gold ones, though.

I understand this tradition of honesty continues to this day in the Chicago PD.

It is an honest tradition in many places, I’m sure, but the price of pencils has increased a bit. You know, due to the increased cost of lead, cedar wood, gum rubber for the erasers, assembly, and shipping … it all adds up. Small bills, please …

And BB is happy. At least for a little while.

Do you see their lips moving?

That Stephen Colbert is shaping up to be the next John Oliver!

you never bribed the traffic cops to get out of a ticket, but it turned out they had these really amazing pencils

Really? I never heard of that, citation please!

(Not that I’m doubting, I’m just really curious to know more about it now!)

If the briber is taking the only path that will result in the bribee acting ethically (for example bribing a judge to overturn a false conviction) then to fail to bribe could be considered immoral.

So paying to right an injustice is indeed a moral act, but only if by doing so, you’re not contributing substantially to perpetuating a greater injustice.

Then again, I can’t speak to anyone’s morality but my own. Morals are very personal things. Ethics, on the other hand, are a bit more clear-cut, as they tend to deal with the expectations put on a person acting in a specific role.

It is an honest tradition in many places, I’m sure, but the price of pencils has increased a bit.

Or other commodities get used. While this tradition of honesty persists, the way it is expressed changes over time…

Really? I never heard of that, citation please!

I’m afraid my campus library does not carry the American Journal of Police Stationery.

I am relating from personal experience, as someone who grew up driving badly in Chicagoland in the early 70s. (At least I trekked up to Libertyville for my driving test, where it was administered honestly, unlike my classmates who went to Elston Ave., where a gift for the examiner was necessary and nearly sufficient to pass.)

After my father passed away I found among his things a small box of pencils which I believe were from this practice. For some reason he had kept these after retirement as he moved from Chicago to LA to Miami.

In some countries it’s just a built-in (and hotly defended) part of their culture. I’ve travelled to a place where bribes were expected everyday:

We also need to mention :

4: the bribe you pay someone to break the law for you - such as paying the bartender to steal from their employer by ‘hooking you up’ with “free”/stolen drinks.