It was a mistake to remove the native American maiden from Land O' Lakes packaging, says artist's son

The mascot was redesigned by an Ojibwe artist in the 50’s in response to criticism. But dates to the 20’s and was created by a white artist. I’m pretty sure it’s been redesigned since too. And they’ve apparently been fairly active on ties to Native American groups with scholarships and such.

So they’ve been well ahead of the game on whatever we’re scare quoting today.

Their stated reason for the change is to better stress that they are a farmer owned co-op. Rather than a sub brand of a multinational.

What i don’t understand as others have mentioned is… what is the connection between the butter itself (not the land), and the Native Americans from that region? Additionally what is Land of Lakes Butter’s connection to said peoples? Are they involved with tribal matters? If not then it seems they are banking on an assumed connection that doesn’t exist to make a profit.

There very well may be a connection but i’m just working out some questions out loud here. And i tried doing a Google search but the majority of hits i get are discussing the removal of the woman, i don’t know if there’s previous history.

The fact that the Land O’ Lakes art was an accurate representation of a native woman by a native artist, well they just fucking erased that.

I don’t necessarily see a great way out of the bullshit Land O’ Lakes was facing, except maybe doing a run of packaging highlighting Patrick DesJarlait and his artwork.

But I am doubtful.

What i don’t understand as others have mentioned is… what is the connection between the butter itself (not the land), and the Native Americans from that region?

From what i understand nothing. Branding of this sort was common in the 20s. They apparently went with a Native American mascot to stress an image of connection to nature and purity. Similar to slapping “all natural” and images of grass on a label today.

The artist who designed the original drew inspiration from the Ojibwe since they’d been the original residents of the area where the Land o Lakes coop started.

Having it redesigned by an Ojibwe artist in the 50’s was a response to criticism from Native American activists. And any involvement with Native groups follows that. It comes from the logo, and attempts to do right given the history of such things (or gloss over the problem depending on how charitable you’re feeling). Not the other way around.

It occurred to me that what is really being lost in this conversation is Patrick DesJarlait’s art. Fuck butter, fuck the controversy, his shit was good. 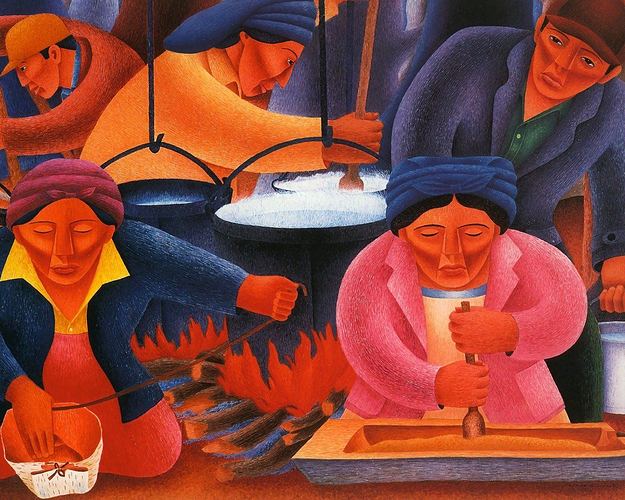 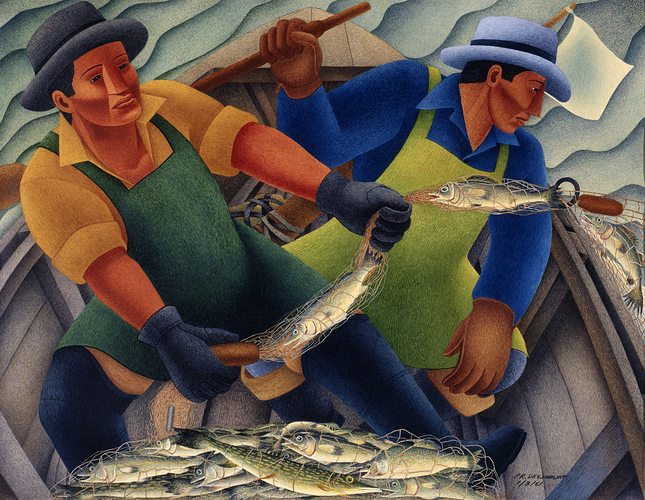 You know, the artist did say everything was intentional. Maybe it was no accident that the knees made perfect boobs.

Anyone else reach the end of the thread and then waddle (thanks, quarantine) off to make buttered toast?

I avoid the entire racist controversy by only buying Kerrygold butter, and as far as I’m concerned they could put the Lucky Charms guy on the tub or a Celtic cross. I’d still buy it.

I don’t necessarily see a great way out of the bullshit Land O’ Lakes was facing, except maybe doing a run of packaging highlighting Patrick DesJarlait and his artwork.

I mean, yes, that’s exactly what they ought to have done. Unfortunately a decision was likely made by panicked executives more worried about corporate image than doing the work of looking up the history of their own package art. Okay, stupid but honest late-stage capitalist mistake, and probably not malicious. Now that they know they screwed up, the ball’s in their court to learn from it and make it right or try to brush it off with corporate boilerplate BS.

Ideally they’d commission new art from a current day Native American artist based on the original artist’s design, make sure both artists are recognized for their work and make up any inequities to the estate of the original artist. Not only is that the ethical solution, it’s good business.

doing a run of packaging highlighting Patrick DesJarlait and his artwork.

I’m not sure why accuracy even matters here?

It’s a woman in a subservient pose handing you butter. She’s also native. The fact that her native dress was drawn accurately by a native (years after the original creation, which wasn’t accurate) doesn’t change the fact that the message being conveyed is “here’s your butter, sir”. 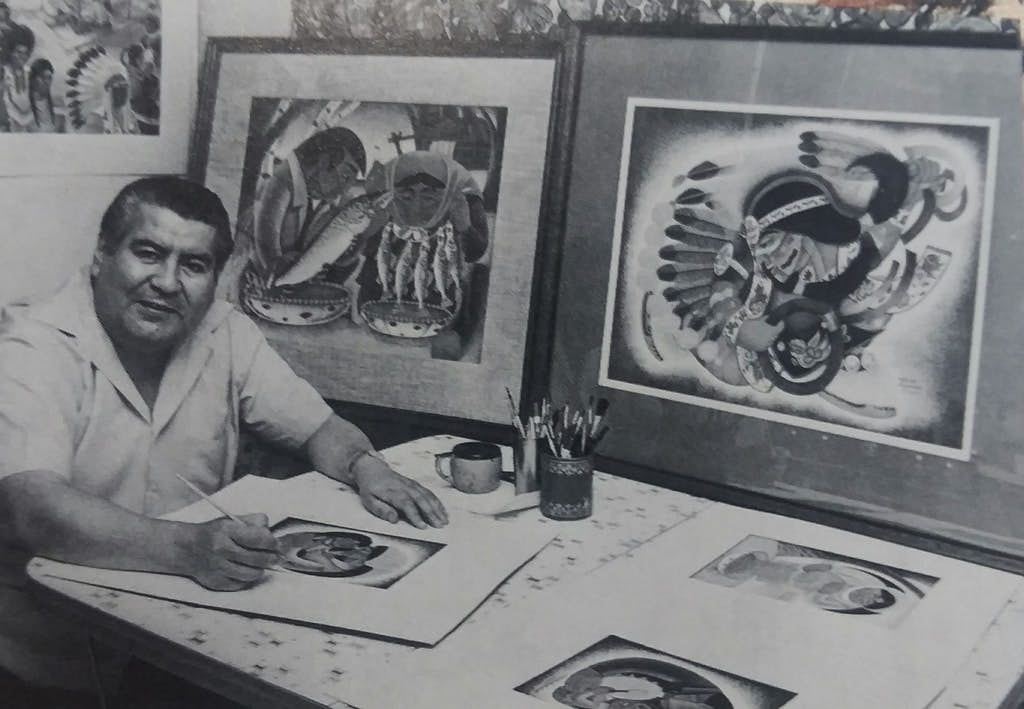 There’s another story behind that Land O'Lakes butter box

The legacy of Patrick DesJarlait is his body of work, some 300 pieces of art across the U.S. in museums and private collections

This is exactly why I think the removal has actually improved the packaging and the brand. The name is Land-O-Lakes and it’s got a pretty picture of a lake and some trees. It’s perfectly fine and I could easily imagine it having been that way from the beginning. By comparison, it just seems weird having a person there.

I’m sure there was a torrent of butter emails.

The dairy farming town of New Salem, ND, has- or at least had- the “Wrong Side Up Monument”. Allegedly, when the town’s founder started ploughing, a Native man came up to him, put one of the sods he had turned over back in its original position, and said “wrong side up,” and this incident led him to switch to dairy rather than arable farming.

The monument was put up in the early 1930s- perhaps because, while ploughed fields further south were blowing away in the Dustbowl, the grazing lands didn’t because the prairie grass held the soil together.

Their stated reason for the change is to better stress that they are a farmer owned co-op. Rather than a sub brand of a multinational

Fair enough – that single-character branding had unavoidable plutocrat semiotics – but the way they did it sure seems like a boob to me.

Of course they want to keep the brand recognition, but keeping the wordmark and the colorway was plenty. By keeping the framing and removing what was previously framed, their brand is now “a picture of no Indian”. The stingingly obvious move would be to pan 45° to the side to show a more dynamic, asymmetrical composition which didn’t happen to include the maiden,* but without commenting on whether she is still present out of shot.

* fun detail that we know that about her somehow

That’s set off my internalised homophobia