James Gunn and Peter Safran are now the heads of DC at Warner Bros.

Originally published at: James Gunn and Peter Safran are now the heads of DC at Warner Bros. | Boing Boing

I think this is a great move - they both have much more affection for the DC universe than Zack Snyder did. You can’t run an entire comic movie franchise based on “Ah, but what if they were nothing like those characters on the page!?”

Instead of following Fiege’s example of allowing each character to possess a distinct tone that felt congruent to their comic counterparts, Synder just wanted everyone on the DC roster to be a different version of the Dark Knight.

It’s been a long time since a BB article had a line that so clearly resonated with me. You’re absolutely right. I always wondered why I felt so many of them felt off. I already made a decision to basically avoid the ones he helmed as they were far too gritty and unfun.

That said, I really feel that they did this primarily to prevent (but does it?) Gunn from working on more Marvel films. Not that that will stop them from finding other talented directors, but they’re more than a little desperate.

Well, I think this is a step in the right direction.

I will say that Shazam! was a delightful movie. I think following in that vein some would help right the ship.

I am still a big Green Lantern fan would would love to see a movie done right.

If you wanted to do a big multi-year arc that ends in a big bad at the end, Hal Jordan does turn into Parallax and nearly destroyed the DC Universe trying to re-write history in Zero Hour.

That said, I really feel that they did this primarily to prevent (but does it?) Gunn from working on more Marvel films.

I wondered about this but don’t really believe it. A dollar not spent on a Marvel movie isn’t a dollar spent on a DC movie. That said, I am sad to think of Gunn pulled away from GotG3 (or whatever it would’ve been called).

Synder just wanted everyone on the DC roster to be a different version of the Dark Knight.

Clark Kent spent a good chunk of Man of Steel as a stubble-faced loner working odd jobs across Canada looking for clues into his mysterious origins while trying to avoid getting into barfights that would reveal his super-invulnerability.

Instead of following Fiege’s example of allowing each character to possess a distinct tone that felt congruent to their comic counterparts, Synder just wanted everyone on the DC roster to be a different version of the Dark Knight.

Thank goodness they never involved him with the various animated series, which have generally been well-received.

The second Suicide Squad movie was pretty damned silly, but it was also waaaaayyyyy more enjoyable than anything Snyder imposed himself upon. And in spite if myself, I rather enjoyed Peacemaker.

Gunn has spent the last decade directing goofy, fun movies, but producer is a very different role in movie making than director, so we’ll see how this goes.

I would say that James Gunn has grown up quite a bit compared to Zach Snyder which is funny since both worked together in the past but you can see the starkness of their approaches to different genres and mediums. Gunn seems to be interested in matters of family, manhood, and the like whereas Snyder is just about “oh wow that looks cool.”

Can’t help but see this as an overall positive. Gunn knows when things should be colorful, silly, and fun. Snyder just wanted everything to be like dark like Batman, and it was a dark and depressing view of what comic book heroes should be.

and the like whereas Snyder is just about “oh wow that looks cool.”

IMO - Snyder has always been high on visuals, low on character development or plot. Sort of like Michael Bay.

Yep. Snyder is sadly a cynical man if you’ve seen his interviews around the time Man of Steel was coming out. He mentioned that the prison scene in Batman Begins where he felt it was too cleaned up, implying the pre-Batman Bruce Wayne in his vision should’ve experienced some kind of prison violence/rape on screen. It really shows how little the man thinks of humanity if all he can conjure up is more gruesome violence for what he imagines life to be like everywhere, especially prisons.

Filming for GotG3 wrapped in May. It’s still happening.

Does this make The Crimson Bolt a DC hero? 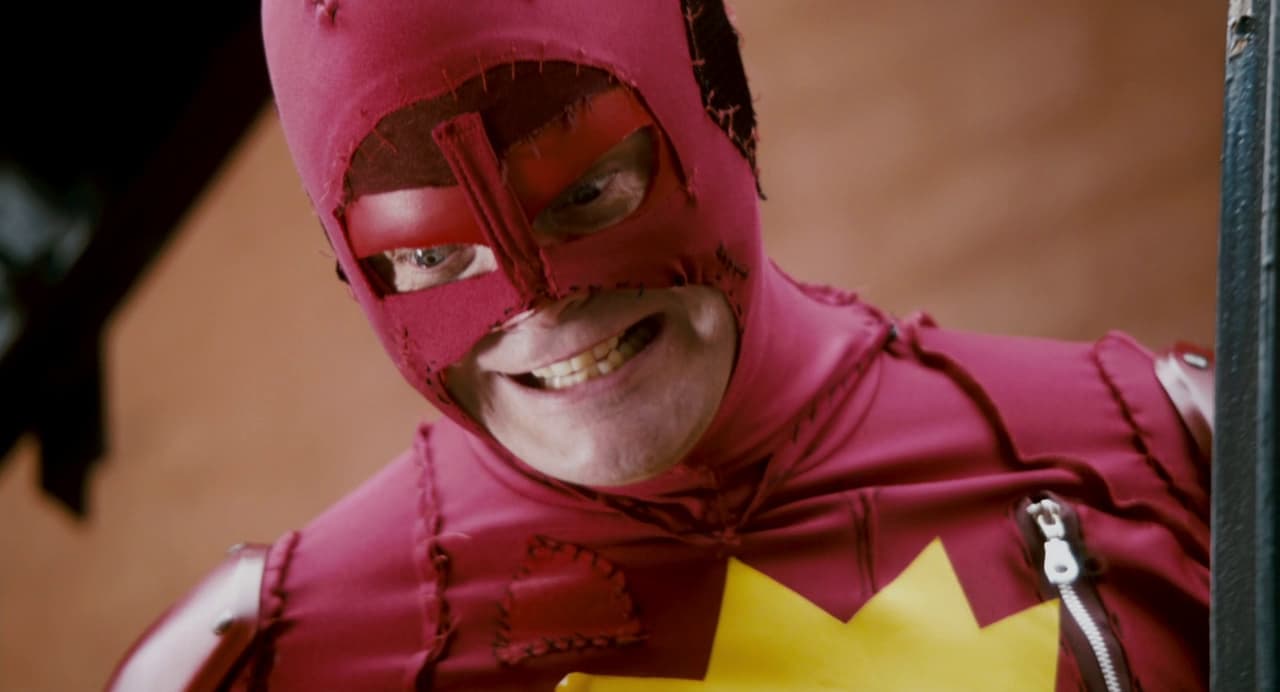 Evil thought of the day: Bay and Snyder make a movie together. There’s a 3% chance it won’t be an incoherent mess, and a 95% chance that it would be 110 minutes of all the things blowing up.

Not the Detroit train station, though, it’s no longer available for Bay to blow up in every.single.movie.

For true awfulness, you need to add J J Abrams to the mix. It then becomes a nostalgic fan service callback to all the things they blew up, with a slew of unresolved mysteries because mysteries are only there to lead in to the next kewl 'splosion.

Yeah, I liked Shazaam! too, and overall, would say I’ve enjoyed the DC movies / shows when they’ve been more standalone as opposed to trying to mesh with one another.

Birds of Prey is a movie I’m not ashamed to say I’ve watched more than once, and I also really liked Aquaman… up until the CGI wankfest that they felt they needed to add at the end.

Joker’s a great movie, and really doesn’t feel like a comic book movie at all.

TV-wise, I really like the Star Girl series on Amazon Prime, and how the characters are all different yet somehow familiar, and then BAM, Solomon Grundy.

And Doom Patrol continues to be one of my favourite things on TV, even if its effects budget can’t quite fulfil the show’s greater ambitions.

Titans also has some great standout moments, and Starfire is just yum.

And the only one of those that ties into the wider DCEU is Aquaman, and even that doesn’t try too hard.