When it clicked in her face, I regretted clicking on the video for a milli-second. Why did everyone just stand around like 1 o’clock half struck?

Because real life vs. our expectations of what happens in actual violence due to us watching movies and television. We see a lot of dramatic violence and are less prepared for banal evil.

Dude has a fucking sonnerad tattooed on his elbow, a german iron cross tattooed on one hand and a thor hammer on the other, why the hell is neo-nazi in quotation marks?

Holy shit. Someone’s guardian angel was on the clock. Either the assassin forgot to chamber a round, or there was a dud, but you can hear the click in the Twitter video. Yikes.

How most untrained humans imagine they’ll react in the first few seconds of an emergency:

How most humans, even when moderately trained, actually react in the first few seconds of an emergency:

Dude has a fucking sonnerad tattooed on his elbow, a german iron cross tattooed on one hand and a thor hammer on the other, why the hell is neo-nazi in quotation marks?

Where are the quotation marks?

Pictures of him taken from his social media posts and published on Argentine newspaper websites depicted him with tattoos associated with neo-Nazi groups.

Man, I’m surprised she didn’t scream her head off. I mean, seriously, I would’ve been howling like a banshee after I realized what the heck was going on. But thank goodness nothing came of this attempt, but I want to state that Argentina has a huge far right political problem. Apparently, when she was President, she allowed the continued prosecution of people who committed atrocities during the “Dirty War” period which earned her some major enemies aside from her Peronist positions.

Er - in the headline. 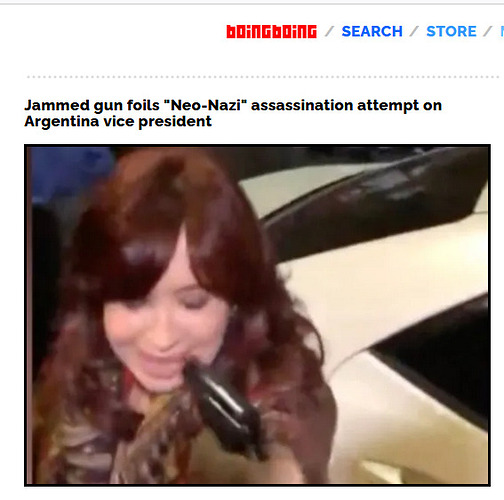 Oh boy, i’m guessing their president had an interesting and productive phone call with the Israeli consulate about looking for old nazis after this happened.

How most humans, even when moderately trained, actually react in the first few seconds of an emergency:

Indeed, it took several seconds for most of the Secret Service agents around Kennedy to react even after the President’s head had been blown apart. Our brains have a hard time jumping from “going about the day as usual” to “emergency response mode” that quickly.

It’s early to tell.
Police reports say there was no round in the chamber, which could mean that he forgot to do it.
But some commenters said that in close up pictures of the gun at the scene, you could see the charger was improperly loaded which would have prevented a round getting into the chamber even if he had remembered to do it.
There is also the fact that the gun was a 40 year old obsolete model (a Bersa Lusber 84, caliber 32) that was purchased illegally and might not be in anything resembling a reliable condition.
Also, a friend of the perp said that he had long boasted of being an expert gunman but nobody ever believed him. He thinks that he actually intended to kill her but “unfortunately he didn’t rehearse beforehand”. That “unfortunately” tells you everything about what those people think. Although he later backtracked and said that thank god he failed becuase then she would become a martyr, an innocent, and remembered in history books and that that would be even worse. Nice people.

I’m a little surprised that the would-be shooter was a genuine neo-Nazi. She’s a fairly polarizing figure, and a substantial chunk of Argentines blame her (rightly or wrongly) for the economic woes they’ve suffered over the last few years. She has some vehement critics on both the left and the right.

I don’t know what Mr. Neo-Nazi’s particular beef with her was, but if I had to guess I’d assume that he was more upset about her continued prosecution of military personnel responsible for the abuses of the Dirty War than her economics. Nothing annoys rightists more than making their heroes out to be bad guys just because they indulge in a little torture and murder (plus the odd bit of baby-theft).

Saw a picture of the gun, it looks rusty. Definitely not in good condition. The magazine seems detached but it may be due to the fall.

We may not get all the truth in this case because forensics managed to reset the culprit’s apprehended mobile while pulling data from it. 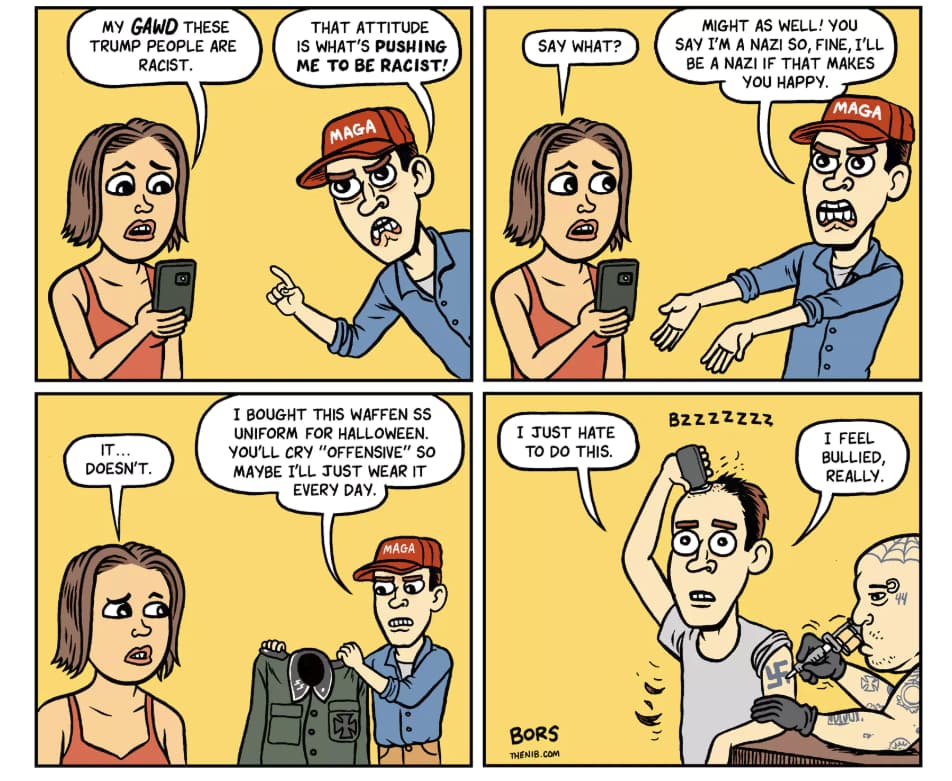