Sea Shepherd had entered the chat

I hope those vending machines like having boats crashed into them.

I only want my whale snacks to be chocolate-flavored. 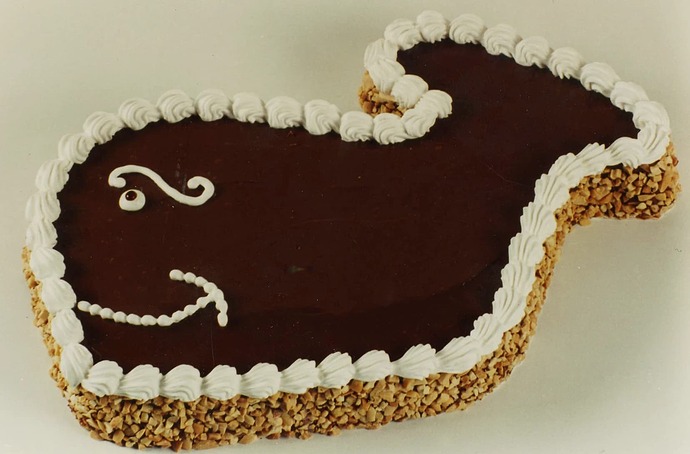 Completely tangentially - I recall walking past a restaurant on the way to Roppongi back in 2019 that was touting whale on its menu. Checking google maps late last year, it does not appear to still be there.

I am a bit ashamed to admit that I have eaten whale.

It was not good. Thankfully, it is getting harder and harder to find even in Japan. I don’t think I have ever met anyone who likes it.

Namely ‘how many whales can we kill?’ research.

Most people 40+ ate some as a child, almost none of them do so today because beef, lamb and chicken are not only cheaper but tastier.

Almost all the demand inside Iceland is from tourists who think it is a traditional Icelandic food going back to Viking times. In reality, whale meat was always rare and mostly came from stranded animals rather than people going out to hunt them [1].

The whaling industry is only hanging on by a thread and is due to be ended next year. Most of the catch had been intended to go to Japan, but they hadn’t been able to sell the meat into a declining market.

[1] The Icelandic word for ‘jackpot’ is ‘hvalreki’ - literally a ‘beached whale’ from the days that having several tonnes of protein and fat turn up on your doorstep was a good thing rather than something requiring dynamite.

I remember watching a documentary about whaling in Japan which said that whale meat has never been a sought-after delicacy but was common in the 1950s to 1970s when Japan was recovering from the Second World War and the government was anxious to secure a cheap source of protein for children. As a result, it has nostalgic appeal for middle-aged politicians who remember eating it for school lunch. More importantly, subsiding the whaling industry props up struggling fishing/whaling ports and wins votes for the LDP.

The whaling lobby has made various attempts to make whale meat more popular, such as developing whale burgers and commissioning chefs to devise new whale meat dishes, but nothing worked.

The documentary included film clips of a grandiose departure ceremony for the whaling fleet in the 1950s, with flags, bands and speeches, which suggested that whaling was an outlet for suppressed nationalism and militarism after the war. A ceremony for naval ships going to war would have looked exactly the same.

I have the weirdest suspicion that ‘traditional whaling industry’ is ‘traditional’ in roughly the same sense that post-WWII suburban subdevelopments are ‘traditional American housing’; rather than the kind with aboriginal kayakers using relatively precarious and inefficient methods notably devoid of factory ships and explosive harpoons…

Do people buy them for their pet whales or do they take the snacks to the ocean to feed the whales?

I should probably read the article.

The first thing I think of is that bit from “The Cove” wherein it is revealed that some portion of meat labelled as “whale” is actually dolphin meat, and moreover not fit for human consumption due to unacceptable levels of toxic substances. 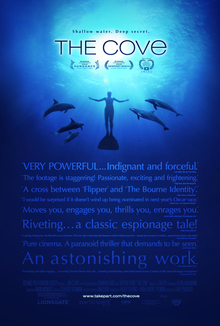 Pages for logged out editors learn more The Cove is a 2009 American documentary film directed by Louie Psihoyos that analyzes and questions dolphin hunting practices in Japan. It was awarded the Academy Award for Best Documentary Feature in 2010. The film is a call to action to halt mass dolphin kills and captures, change Japanese fishing practices, and inform and educate the public about captivity and the increasing hazard of mercury poisoning from consuming dolphin meat. Psihoyos i...

I’m thinking they haven’t really cleaned up their act much since then.

I totally believe this. Pretty much every “treasured ancient cultural practice” in most countries these days is less than 70 years old. From acupuncture to the Pledge Of Allegiance to whale meat, it’s all recent cultural affect manufactured for dubious reasons, and now treated unquestioningly.