Stabbing a teacher? That’s their idea of terrorism?

Maybe I’m being pedantic but isn’t a terrorism supporter just a terrorist? Especially if they stabbed someone? It just seems like a weird phrase that downplays the act

Unfortunately, probably almost as effective as it is petty and shitheaded.

“The terrorists” certainly have an edge in splashy, reasonably well planned, mass casualty attacks; but when it comes to making someone feel really unsafe, which hits harder: the knowledge that some people hate the entire nation state you happen to be part of and would be perfectly happy if you happened to be caught up in one of their attacks; or the knowledge that people in your immediate area hate you; and can seriously injure or kill you with little more than a whim and equipment you’d find in the average kitchen drawer?

Thankfully, I’m only in the first category; but I have to imagine that the second is much, much scarier. As an American, I’d certainly make an adequate casualty on any number of assorted groups’ hit lists; but it’s all very impersonal. If somebody wants a mass casualty attack, they’ll need casualties, and I’d do; but so would a couple hundred million other people, no better or worse; just chance. That’s nothing like the knowledge that somebody within a few miles of me might try to stab me to death while I go about my day, just because.

I don’t wish to imply that these punks are anything other than pathetic shitheads; but grassroots hatred is second only to vigorously state-supported hatred when you are looking to terrify, drive out, or exterminate a group.

“One wore an ISIS t-shirt.” That’s pathetic and sad, all he got was the t-shirt.

The irony is that both Jews and Arabs are Semitic peoples.

What are you saying? An equal-opportunity terrorist should stab Arabs too?

“One wore an ISIS t-shirt.” That’s pathetic and sad, all he got was the t-shirt.

Don’t be a stranger!

Might be more accurate to call them Assassin (from Arabic: حشّاشين‎ Ḥashshāshīn), but it’s still a type of terrorist.

Do they have creeds?

Michael Moynihan points out something interesting:

Plus, stabbing seems to have become fashionable among the “kill the Jews” set … 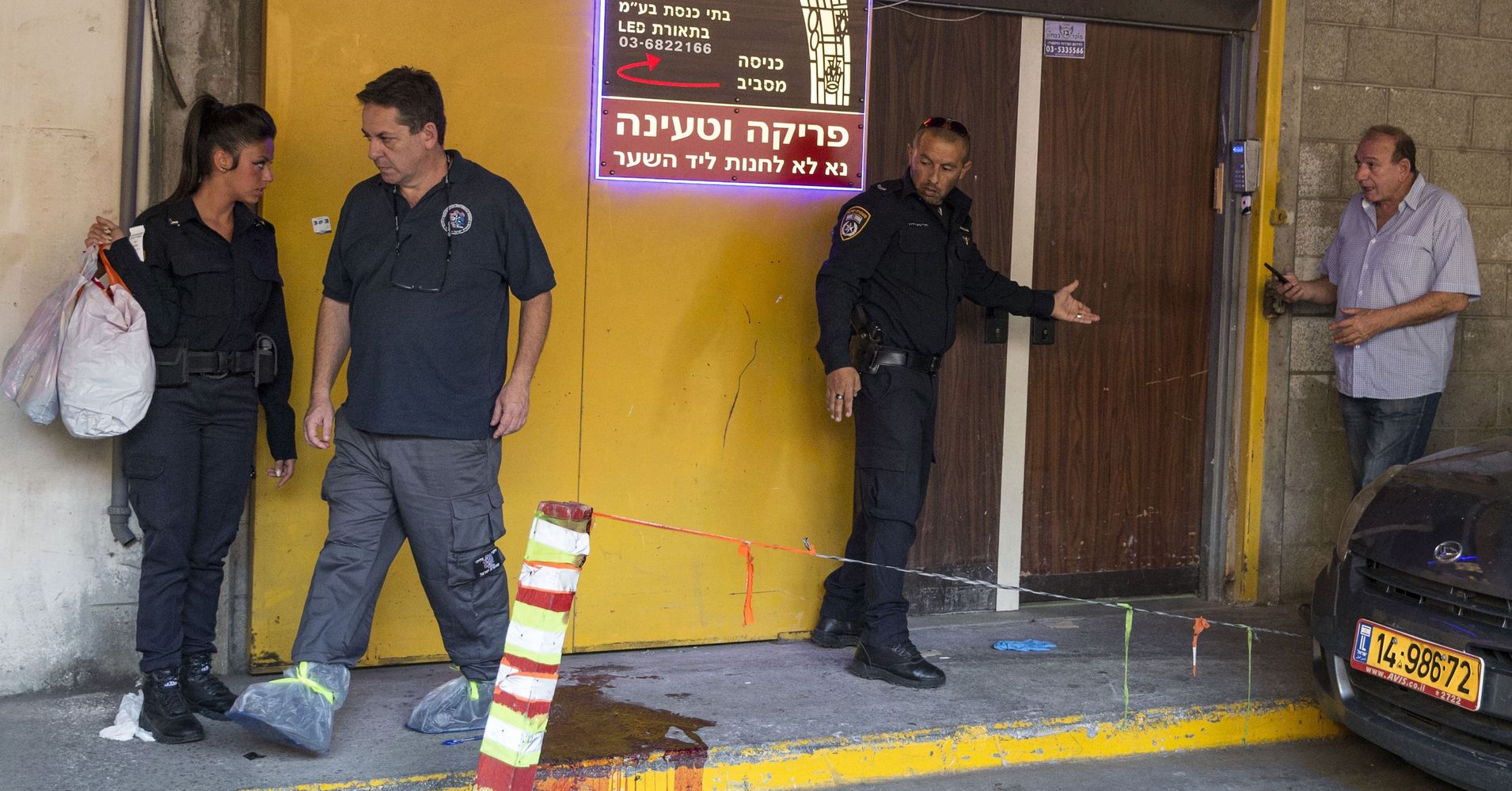 A Palestinian fatally stabbed two people in a Tel Aviv office building and three other people were killed in an attack in the occupied West Bank on Thurs...

… even as far away as sunny California.

My favorite example is the Palestinian clothing store — called “Hitler”, natch — that added knives to their mannequins.

Clearly, they know their customers.

God is great amirite? Enough with the stone age (ok, bronze age and iron age) religions, everyone knows Scientology is the One True Way. I’m sick of the great theist philosophies of Peace being angry bigoted sectarian sh!theads when it comes to anyone not of their particular sect. A pox on all your houses (of worship).

No wonder the aliens haven’t contacted us: we are far to immature to let loose in the galaxy. We’d just break stuff, like space/time or something important like dessert.

Were they smoking hashish?

The world is less awesome than I’d thought.

Serious questions - why do so many Muslims hate Jews and some of them hate Christians. When I do a search the results seem to be either “no, no, no Muslims do not hate Jews” to “Jews control the world, everyone should hate them”.

I’ve actually been listening some documentary and in the past both Jews and Christians were “People of the Book” and not actively condemned. Indeed there are many examples of peaceful coexistence in the past, including La Convivencia in Muslim controlled Spain.

But so far none of the “real” documentaries have touch too much on the subject, other than both religions rejected Mohammad as a Prophet.

Is it “all Muslims” or “nations in the middle east with many Palestinian residents”? I would imagine that a not unimportant share of the hate is caused by the establishment of Israel as a nation state.

As mentioned, there’s Israel. But also, historically, the Jews have had a bit of a bad go of it in general, and not just from Muslims. I’d say the majority of modern-day animosity has to do mostly with Israel, but with a smattering of the old classical “Jews run the world” hatred as well.